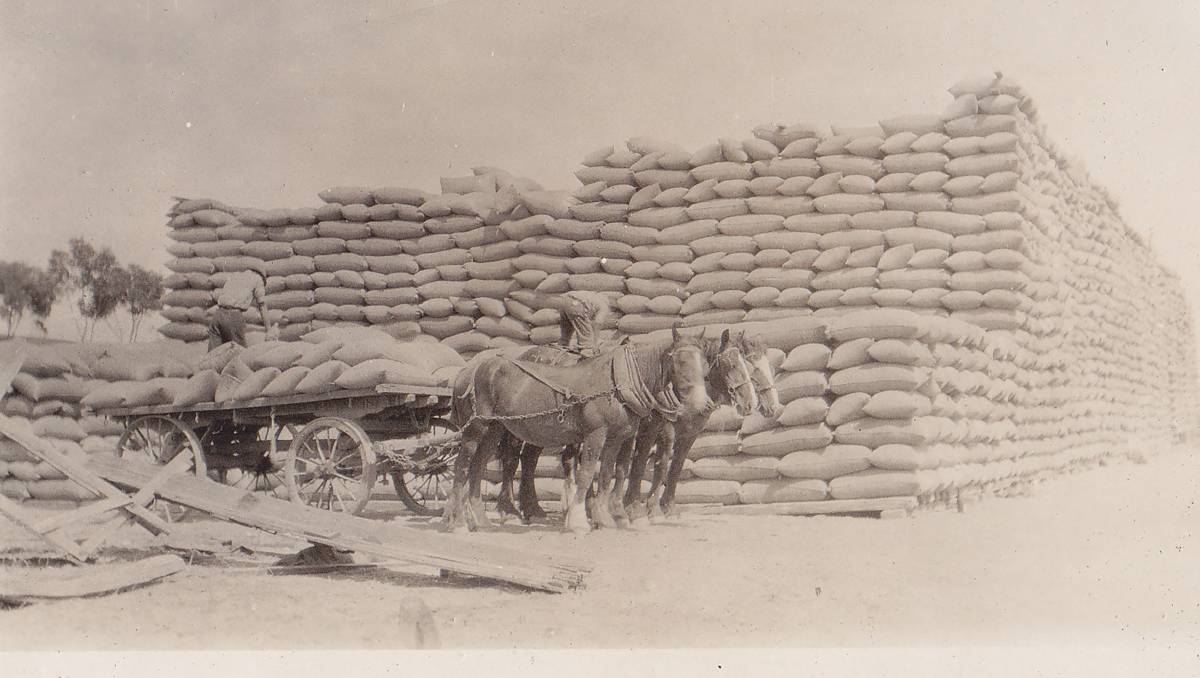 Unfortunately for CBH Group, 100 years is so rare that no gift exists but that isn’t stopping the co-operative from celebrating the massive milestone reached by its Marketing and Trading (M&T) division on Monday.

On March 21, 1922, the first formal meeting of the inaugural trustees of the then Voluntary Co-operative Wheat Pool of Western Australia, or the Wheat Pool, was held in Perth.

Less than six months later, almost 85 per cent of WA growers had pledged all of their grain to the Wheat Pool and a further 10pc pledged more than half.

In 1961, the Wheat Pool was renamed to the Grain Pool of Western Australia, to reflect its increasingly diverse portfolio of wheat, barley, oats, and later, lupins and canola.

In what marked a historic moment, the Grain Pool merged with Co-operative Bulk Handling (CBH) in 2002 – a move that integrated marketing, storage and handling to return greater value from the grain value chain to the growers of WA.

Back then, Wongan Hills grower Robert Sewell was chairman of the Grain Pool, a role he held from 1992 until the merger, having joined as a director in 1978 which was the first year farmers could nominate for the board.

After that, he was one of the first directors of the newly-merged company, a duty which he served until 2008, including as CBH chairman from 2004 to 2005.

“At the time I joined the board, there were two new crops coming into existence – lupins and canola,” Mr Sewell said.

“There was a fair bit of excitement about developing new markets for new crops and that continued to evolve, especially as production increased and we went from handling a few small shiploads of grain to having millions of tonnes to think about.”

In the lead up to the year 2000, there was a tremendous amount of movement in the grain industry, especially around deregulation, which presented huge opportunities to companies like the Grain Pool.

At the same time, CBH was looking at ways of diversifying from solely storage and handling.

“It was such an important issue that at the end of the day, I said the then CBH chairman Allan Watson and general manager Imre Mencshelyi should keep the roles and we should get on with business.

“That broke the ice and from then on it was all systems go and the Grain Pool was able to merge with CBH and together we were able to provide a much better service to the growers of WA.”

The Grain Pool was one of the oldest grain marketing bodies in the world, while CBH was touted as one of the best handling systems and by coming together, they were able to provide something unique for WA farmers.

Together, they had all of the required ammunition.

On one side, they had the ability to store, handle, transport and ship, while on the other there was all of the knowledge of markets, sales and export opportunities.

By bringing that together, they had the opportunity to control every aspect of the supply chain.

“We had a great board when we merged,” Mr Sewell said.

“Everyone was on the same wavelength and we had opportunities everywhere to create markets and cultivate them so the customers wanted to come back to us year-after-year.”

Initially, the Wheat Pool was established to create marketing opportunities for WA grain and ultimately, increase grower returns and a hundred years on, that purpose remains the same.

In its time, the Wheat Pool continued through World Word II, the Great Depression and global trade tensions amid farming’s other challenges like floods, fires, droughts and volatile markets.

These days, CBH M&T is Australia’s largest grain exporter delivering WA grain to more than 200 customers in 30 countries around the world.

CBH chief marketing and trading officer Jason Craig, who joined the Grain Pool in 1998, said the co-operative’s success was testament to its continued focus on WA growers and long-term customer relationships.

“We are still here because of our unwavering commitment to WA growers,” Mr Craig said.

“Also, we have not lost sight of the importance of our customers, some of whom have been buying grain from Western Australian farmers for more than 40 years.

“Marketing and Trading and its predecessors have continued to play a significant role in our grain growing communities and to the WA economy more broadly.”

Throughout its 100 year history, there have been some names associated with the Wheat Pool, the Grain Pool and CBH which have had staying power.

Names which, long after they’ve left the various organizations, have been remembered for their contributions.

Hugh Morison was a well-known grower liaison with the Grain Pool from 1988 to 2008.

Then there’s Andy Crane, a man who started working as the barley markets manager for the Grain Pool in 2001.

The inaugural board of the Grain Pool.

He was appointed general manager of the M&T division after the merger and, after working his way through other divisions of the business, was appointed as chief executive officer of CBH in 2009.

Mr Crane said he felt fortunate to have been a part of something that the growers created themselves, in both the Grain Pool and CBH, which are still around today.

“The reason they’re still around today is because their existence still makes absolute sense for our farmers,” Mr Crane said.

“They control both their supply chain to the export market, but also control the marketing and trading that is done on their behalf.

“That makes as much sense today as it did 100 years ago.”

Having been present at the time of the merger, Mr Crane said it filled him with immense pride to have seen the Grain Pool through such a momentous period in its history.

“I don’t think the Grain Pool could have achieved such success in trading wheat and becoming the largest wheat trader in Australia without being a part of CBH,” Mr Crane said.

“That merger was really important for ensuring growers still owned a marketing and trading business that could survive the deregulation of their own single desk, but also seize the opportunity of trading wheat which was the bigger portion of the crop.”

For Mr Crane, market and trading has always been a critical part of the Grain Pool, and then CBH’s success.

Trading ensures the financial success of the business – being able to buy grain, hedge it and sell it at the right price is critical to the business’ existence.

However, it’s the marketing aspect which sets CBH, and the Grain Pool, apart.

“The greatest achievements of M&T have been the customer insights where they’ve found and built relationships with customers by finding particular needs and niches that they can supply to,” Mr Crane said.

“The shochu market in Japan, oats in Mexico and malting barley in China are all markets that we understood better than our competitors and we were able to retain them because of that.

“I feel very fortunate to have stood at both ends of the supply chain, to have seen it operate as a whole and to have seen the Grain Pool survive and thrive within CBH.”

These days, Cascade grower Simon Stead sits in the chairman seat and said the co-operative was proud to have been marketing WA grain for 100 years.

“It is an honor to be celebrating this significant milestone and the rich history of WA growers’ ongoing involvement with their grain marketing,” Mr Stead said.

“We must acknowledge and credit the pioneering men and women of 100 years ago who sought to address an imbalance in the market.

“It is a wonderful legacy that we continue to build on today.”

Over the years, the name may have changed, but the essence has remained the same – a business owned by growers, for the benefit of growers.

To celebrate the centenary, CBH M&T will be hosting an event in Perth during September.

Former employees of The Grain Pool who have not yet been contacted are encouraged to register their interest in attending via email to melissa.osborne@cbh.com.au

Want weekly news highlights delivered to your inbox? Sign up to the Farm Weekly newsletter.