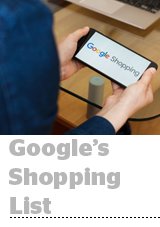 Merchants using Performance Max can track if someone shops using product reviews on YouTube or by email newsletters, said Tina Weyand, Google’s senior director of product management for retail ads. Some customers are retargeted on the Google display ad network before jumping to Maps to find a nearby store carrying a product.

Retailers can take an even more granular approach and input their own customer values ​​into the system with the new Performance Max features, she said.

A shopper who consistently makes returns or purchases one item in different sizes expecting to make a return is actually a less valuable target than someone who’s purchased and never made a return, or a new customer whose lifetime value is still unclear.

For instance, Chico’s, a Performance Max pilot advertiser, has multiple retailers under its women’s clothing umbrella – White House Black market, the lingerie brand Soma Intimates and the flagship Chico’s. Each has its own distinct customer funnel, said its SVP of marketing Kimberly Grabel.

If the Soma brand sees someone who browses its sleepwear category for 10 minutes or more before making a $300 purchase, that customer likely has a higher lifetime value than another $300 basket that was heavily discounted. If Soma brings in a purchase history with that customer, it might see they’ve only purchased during heavily discounted sales.

“From the advertiser perspective, the name of the game here is customer lifetime value,” Grabel said. Baking customer value into the advertising involves a more “comprehensive approach” to working with Google’s media and data products, Grabel said, instead of “chasing people independently at different points in their journey.”

With Performance Max, advertisers sacrifice some control, in terms of the ability to track or retarget individuals, but can create more structured ways to optimize campaigns, said Ryan Gibson, VP of strategy at the agency Adlucent, which works with Chico’s on its retail media advertising.

“No matter how much data we have as an agency, or the brand Chico’s has as a retailer, Google has a breadth of information about the consumers they’re engaging with,” Gibson said. By using the combined data sets, Chico’s will find more people who match their target audience, but also expand to a much larger people of known Google users.

“Whenever Google announces a change, an advertiser has to be a little worried about what this change means for me,” she said. “But now we feel much more comfortable that we can get ahead of it.”