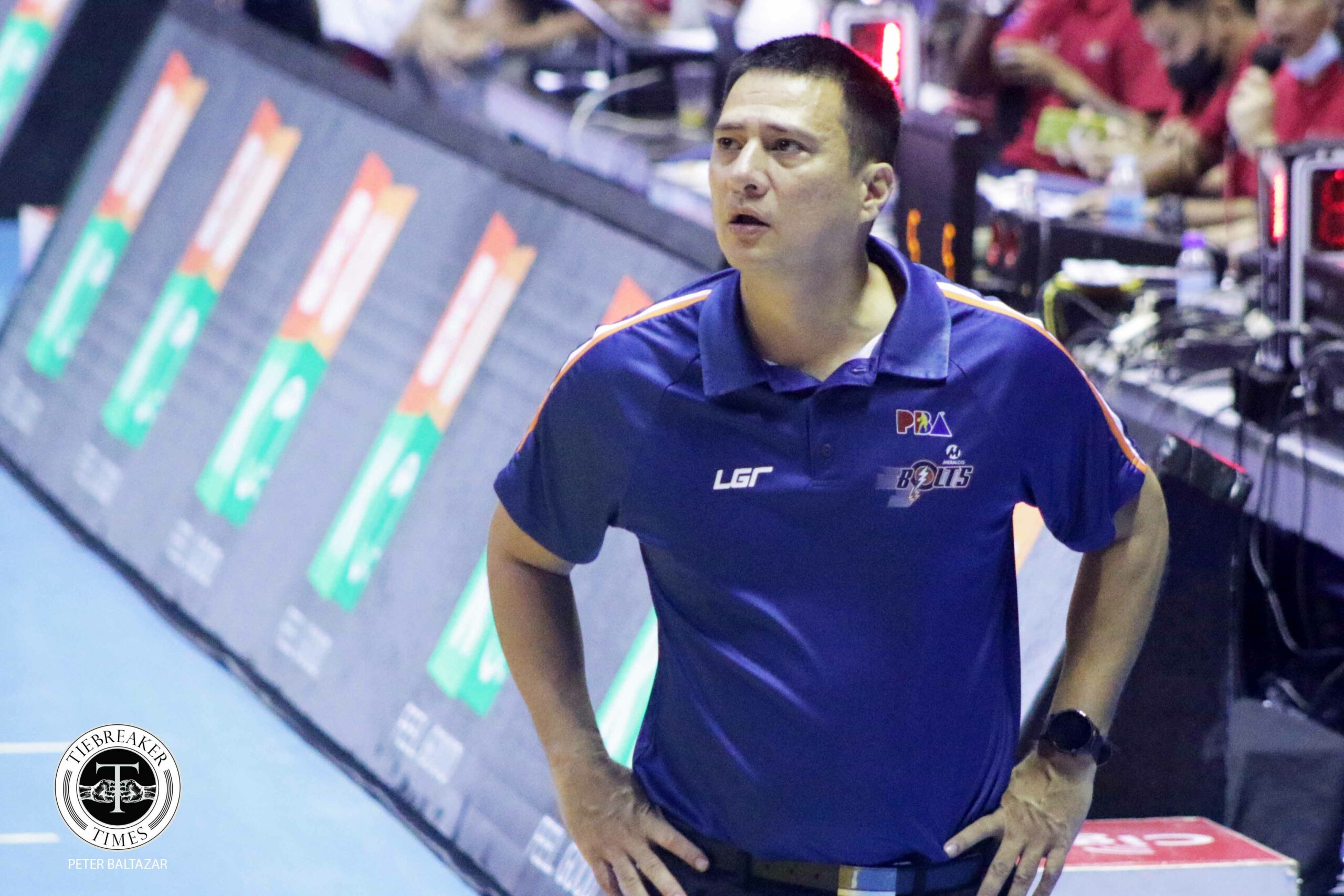 Meralco acting head coach Luigi Trillo expected that his wards are bound for an off-night given the arduous PBA Philippine Cup best-of-three quarterfinal duel they figured into opposite Ginebra that went the full route.

It was just too unfortunate that it happened in Game One of their semis battle with San Miguel on Wednesday night. The Bolts got beaten badly, 121-97.

“We played three games that were highly emotional, highly physical. That’s three games in five days and this is like our fourth game and they came up with that intensity,he said.

That, plus the energy shown by a well-rested Beermen — the top seed came in so fresh after taking care of business against Blackwater last July 27 — proved to be a recipe for disaster for the MVP Group-owned ball club.

“They average about 105 points a game, they were 120 points today. If we’re going to have any chance in this series, we have to be better.”

Trillo couldn’t help but compare his team’s case to that of Magnolia, who absorbed a 108-96 defeat to TNT earlier in the night.

Like the Bolts, the Hotshots also had to go through a tough battle with NLEX, none more difficult than their face-off last Sunday where they had to extend the match into overtime before leaving with the 112-106 victory.

SMB did exactly that, opening the game with eight unanswered points behind CJ Perez. The Beermen went on to double their advantage as they ended the first quarter with 11 consecutive points for the 33-17 lead.

The Bolts tried to fight back in the fourth quarter behind Chris Banchero’s hot shooting from deep but their enemies were just too much, with Perez and Brondial leading the charge and preventing them from coming any closer.

“I think in the first half alone, tapos na first quarter pa lang,Trillo said. “They were already up by 16 points. I don’t want to make excuses but you see the way Magnolia played and we played, we were just a step slower all around.

“I really felt that the legs of the guys were done and you could see. I was trying to shout it, just the same thing that happened in the first game with Magnolia, they noticed right in the first half, tinambakan na rin sila,” he added.

Still, there were some positives offered by the veteran mentor such as Banchero, who went a perfect 5-for-5 from beyond the arc for 17 points. He mentioned Raymar Jose as well, who added 12 points and six rebounds.

“Toto Jose played well, I finally saw CB, he was five out of five. You take Banchero out, we were 1 out of 18 from three,he said.

There’s also Cliff Hodge and Allen Maliksi. Both played under 25 minutes, which Trillo sees as something that could be of help given the quick turnaround of the series, with Game Two already on Friday and the next on Sunday.

“Well, the nice thing was yung first group namin, parang na-notice ko, hindi masyading langang sa loob. I think that was something we can think about. Hodge didn’t play that much. Allein was -24 in the plus-minus, he just didn’t have the legs. He didn’t get the same minutes. As New, obviously, played long, and AB. Those guys can play. Overall, I saw some positives,” he said.

“I’ll go back, I’ll watch tape tonight, I’ll be with my staff, and then we’ll take it from there on how we can be better.”

The second game of each PBA gameday is live-streamed on SMART Sports.