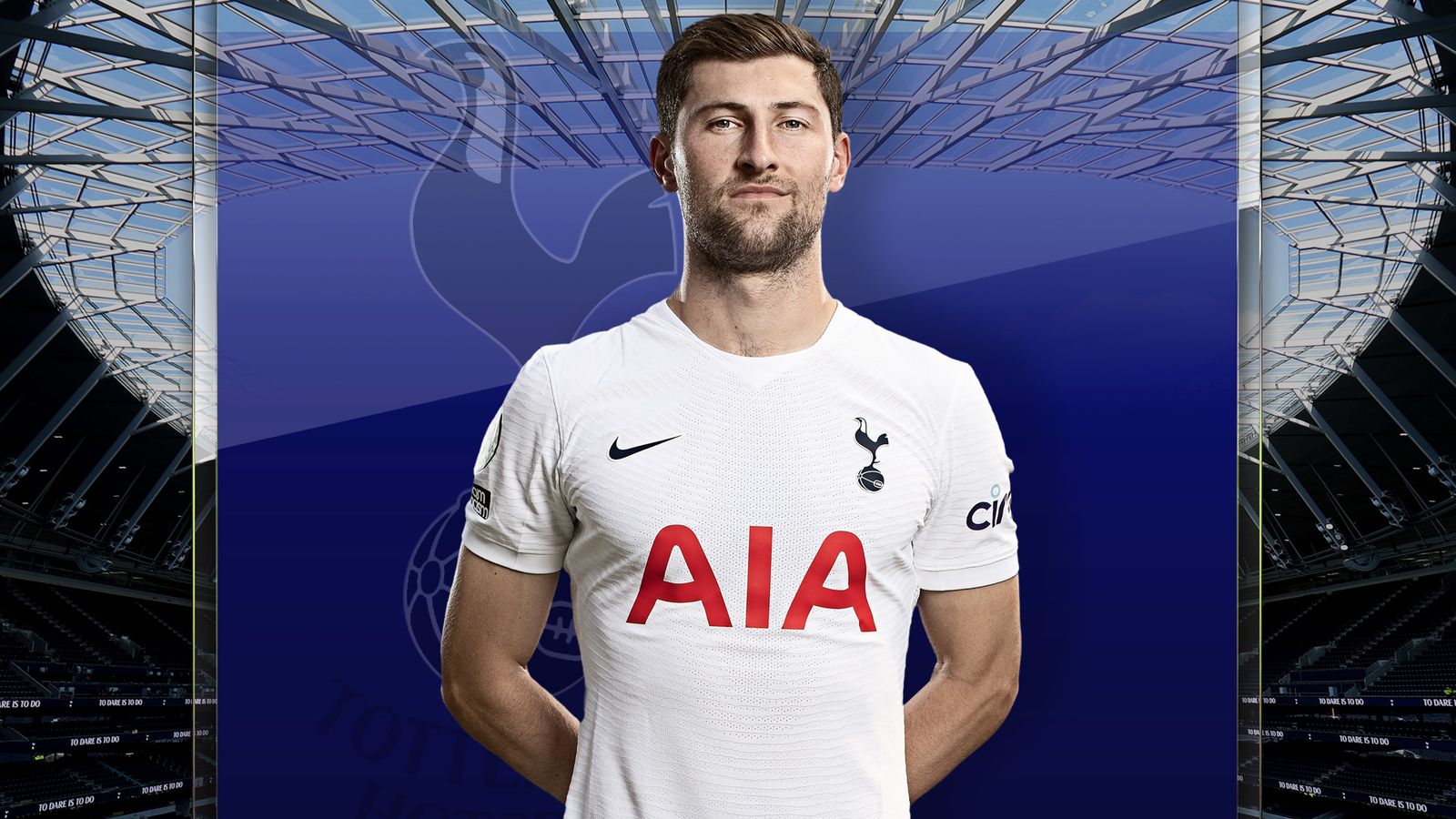 Ben Davies has had some of a resurgence since Tottenham head coach Antonio Conte came into the club at the start of November.

Under Nuno Espirito Santo, Davies was largely an unused substitute in the Premier League, but was utilized in the Europa Conference League and Carabao Cup fixtures as Spurs navigated multiple competitions.

The Wales international began Conte’s first match in charge – a 3-2 win against Vitesse in Europe – and since then, has featured in all but one game. There is only one further game in which Davies has not started.

Conte has shifted Tottenham to his preferred back three, where Davies now plays as the left-sided center-back, rather than at left-back where he has played much of his Spurs career.

It is a positional shift that has suited Davies, and the hours put in under Conte at Hotspur Way – where our chat takes place on a sunny but incredibly windy day – are finally paying dividends for Spurs.

“It was really good [under Conte]”he exclusively told Sky Sports ahead of the Saturday Night Football trip to Aston Villa.

“We’ve worked incredibly hard, we’ve put a lot of work in on all aspects of our game – physically, tactically – and I think it’s starting to pay off for us now.

“We have a clear way of playing and we’re making it difficult for the opposition. It’s been hard work but the rewards seem to be showing on the pitch.

“As a player, when you’re on the training pitch, you do what the manager says. The way we’ve prepped for games have been different as a team, but on a personal level, not too much.

“They’re a team of quality and they only added to that in January as well. We’re fully prepared for a tough game.

“They haven’t been on the best of runs lately, but sometimes they can be the worst teams to play against.

“I’ve been given the opportunity to play in a new position under the new manager and I love playing there. I’m making sure I’m doing everything possible to make sure I’m ready for every game.

It was his first league goal in four and a half years – since scoring against Huddersfield in September 2017 – and Davies says it was time for him to be on the scoresheet. 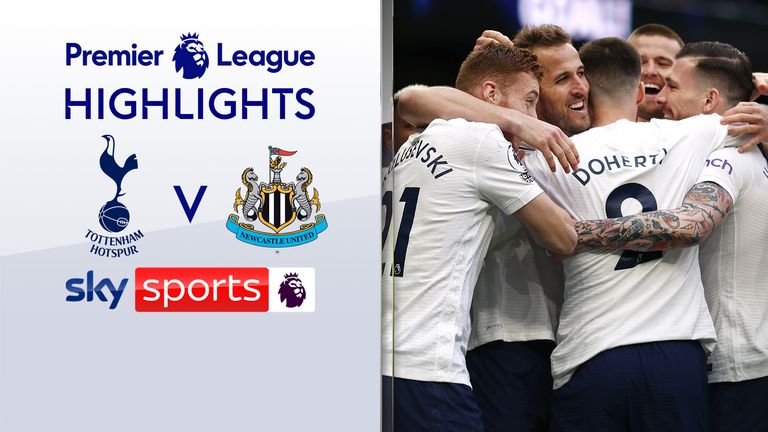 FREE TO WATCH: Highlights of Tottenham’s win against Newcastle in the Premier League

“It’s been a while so I was well aware of it, and expected a lot of questions about it afterwards,” the defender joked.

“It was an important time. We were behind, the game was a bit flat at the time and it was really important to get back into it and thankfully I was able to get my head to it and get us back in the game. Then the second half spoke for itself. Sonny really hit it with some pace it and I tried to get any sort of pace I could and it came off perfectly. “

But the laser focus of Tottenham will be on clinching a top-four spot – something that has been a target for Conte since his arrival – and a return to the Champions League.

Spurs currently occupy the final spot after a gameweek that saw Leicester hold Manchester United and local rivals Arsenal lose to Crystal Palace. Davies and his team-mates are well aware there can be no complacency.

“It’s massive for us. I think it’s really crunch time now, we have to try and keep on the good run we’re on and make sure we’re on top in every game.

“We can’t let any games pass us by now, it’s about picking up as many points as we can and I’m hoping we can do that.

“The Champions League is exactly where we want to be as a club. We’ve tasted it, we’ve done really well in that competition and it would be great to be back there.”

Having played for Swansea, Tottenham and Wales, there have been plenty of colorful characters and world-class players in Davies’ career. Here, Sky Sports asked the defender to pick some of his favorites … 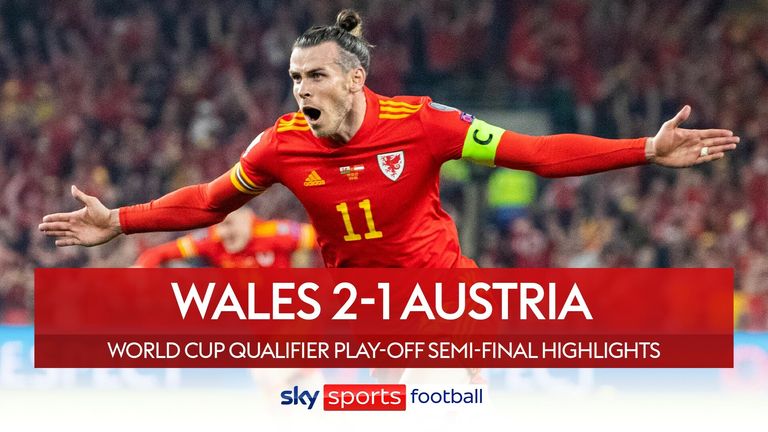 The best player you’ve played with: “Gareth Bale. I’ve played with some amazing players, but he’s done stuff in games that are just magic. Stuff that I’ve not seen many other players do. I’m lucky that I’ve played with players like Harry Kane , he’s up there as well, but sometimes Gareth does stuff that surprises everybody. “

The best trainer: “I’d give it to Harry Kane. Someone like Harry has got all the quality in the world, but you see that he’s got it because of how hard he’s worked. He doesn’t stop now – he’s relentless.”

The funniest player: ‘I’ll give it to Sonny [Heung-Min Son]. He gives you good vibes every day, he’s happy and a good person to have around. “

The person you’ve learned the most from: “Early on in my career, playing next to someone like Ashley Williams who was a wise head at the time to play next to, being able to do the basics and to have that experience next to you. I still speak to him occasionally, I played loads of games with him on that left side of defense and we have a really great relationship. “

Best friend in football: “I’ve got loads of friends! I don’t have one particular best friend in football, but right now at the club, we’ve got Joe (Rodon), Eric (Dier), Sonny – these are very close – then the boys from Spurs over the years, like Christian Eriksen and the Wales boys as well. I’ve got a good mix of friends of football. “

Who would you want to be stuck on a desert island with ?: “Someone like Elon Musk maybe. He’d be able to figure a way to get us out. In football, Eric is quite handy. I’d go with him, he’s got it in him.”

FREE TO WATCH: Highlights from Manchester United’s win over Tottenham.

Toughest opponent: “Probably Cristiano Ronaldo. There’s time in the game where you think everything is under control and then in one split second, the ball is in the back of the net against you. We didn’t feel like we did too much wrong against them a a few weeks ago at any point and he punished us very quickly for it. “

A player you would like to play with: “I’d say one of the greats, like (Lionel) Messi. Who wouldn’t want him in their team? Someone I’ve played with before I’d like to play with again… at the time, I loved playing with Michu at Swansea. He seemed to score every time he touched the ball. “

Three ideal football dinner party guests: “I would definitely go older, so probably someone like Fergie would be on the list. Anybody that’s had that success for that deserves a seat at the table. Being Welsh, I’ve heard a lot of stories about John Charles. He’s apparently one of the greatest footballers Wales has ever seen, so I’d have him. I’d have Messi there as well. “

Most inspirational person in football: Maybe my manager who gave me my first chance, Michael Laudrup. He gave me my debut a Swansea and that’s something I’m forever grateful for. It was a good 18 months to two years I spent with him and I was able to learn a lot. He inspired me by really giving me that opportunity, and by sticking with me and helping me believe that I could achieve a good career in football. “

Most inspirational outside of football: “Probably my family. I know it’s a cliche answer, but everyone that’s around me in my family. They give me that inspiration every day.”