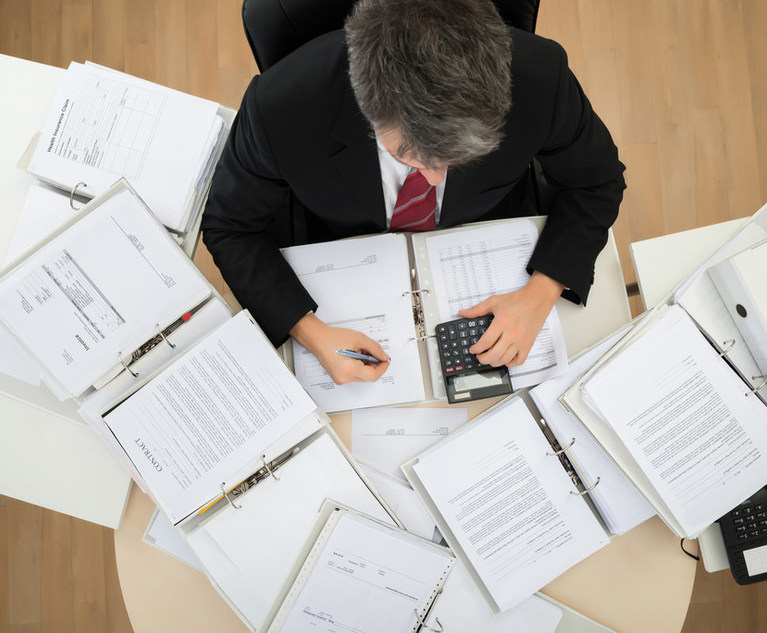 Large law firms did a better job collecting their bills last year, helping realization rates rise in 2021 and contributing to one of the strongest years on record in the legal industry.

Whether firms have any room to improve realization this year partly depends on demand during the rest of the pandemic. But there are also variables they can control, analysts and law firm leaders say, such as practice mix, leverage, billing and collection discipline, and client relationship management — all of which could nudge realization upward.

“I do think there is opportunity there still,” said Gregg Eisenberg, managing partner of Benesch, Friedlander, Coplan & Aronoff.

Big Law boosted its realization by an average of 2.1% last year, according to the latest analysis by Citi Private Bank Law Firm Group. That growth rate is unique. Gretta Rusanow, managing director and head of client advisory services at the Citi law firm group, said any sort of industry-wide increase is more the exception than the rule for realization.

“What we’ve found is that realization typically either dips or remains essentially steady,” she said. “This situation where realization is improving is fairly unique, and again very much linked to the rebound in activity levels that we’ve seen.”

There are a few levers that may have helped firms increase the realization figure last year. Rusanow noted that in addition to less pushback on rates and more control over discounts, there tends to be higher realization among transactional versus litigation areas and that if some firms shifted their practice mix in that direction, that could’ve boosted realization.

Indeed, according to a report last week, the share of real estate, corporate, M&A and tax work being done at large law firms increased 2.6 percentage points last year alone and 5 points since 2015.

Although 2021 saw a demand spike that created less discounting pressure, according to Citi’s analysis, Eisenberg, at Benesch, noted some firms fall off on realization because there is a “disconnect” between them and their clients, and that project management and working collaboratively help buoy that rate, in part by eliminating surprises.

“You just have to make sure you have a meeting of the minds there on what things should cost,” he said.

According to a report earlier this year, realization rates in 2021 across the industry were the highest they’ve been since the Great Recession. The Thomson Reuters State of the Market Legal Report clocked industry-wide realization at 90.6%, with Am Law 100 firms averaging 88.7% through the end of November, midsize firms reaching 91.1%, and Second Hundred firms leading the pack at 91.6%.

Realization increases last year were consistent across the market, said Rusanow, at Citi. She said in an interview that Am Law 50 firms saw a 2.2% increase; the next 50 saw an increase of 1.9%; for Second Hundred firms, it was 2%; and for firms outside the Am Law 200, it was 1.9%.

Rusanow emphasized that a lot of the trends in the legal industry stem from demand for services drastically outstripping supply in 2021. “It really comes down to these strong activity levels that are driving revenue growth but also likely improved realization,” Rusanow said.

Rusanow said law firms “absolutely” continued to bolster their billing practices — a theme that emerged at the onset of COVID-19 in the US in 2020 that carried through 2021. The collection cycle shortened about 2.1% on average, Rusanow said, with firms asking their lawyers to do things like record time daily, have partners review time weekly and encourage them to send bills out more frequently, even in smaller amounts — and then stay on top of those bills.

“Each of those steps along the way were very much within the purview of a firm that they might not have been able to control once the bill went out the door,” she said. “But certainly all these efforts to shorten the collection cycle from time of recording to issuance of a bill — that strong focus on shortening that timeframe was, I think, a key driver of the revenue performance we saw in 2020 and remained an important factor in 2021’s results. ”

Pushing to get bills paid earlier can sometimes decrease realization, as firms are sometimes more willing to tolerate discounts to get paid sooner. But again, Rusanow noted, there was not much pressure to discount in 2021 as previous years.

Part of the increase can probably also be chalked up to firms’ increasing use of billing professionals outside the lawyer ranks and the widespread push, in the legal industry and beyond, for more efficiency. Firms are keeping a better eye on billing hygiene but are also getting smarter about write-downs, fee relief and rate integrity.

But there is probably only so much room for realization to improve, at least through billing discipline. Bill Josten, strategic manager of enterprise content for Thomson Reuters, noted in an interview that prior to the Great Recession, firms were seeing around 94% realization, and while the rest of the market recovered in the ensuing decade, realization really did not.

He said it’s “anyone’s guess as to why” but it’s probably not all on law firms.

“The entire decline is not just due to law firm behavior. There’s certainly client influence in that. So the idea that if firms get more disciplined, we can get back to that 94% —I do not think that reality, ”he said. “Clients are cognizant. They have adjustments, too. ”