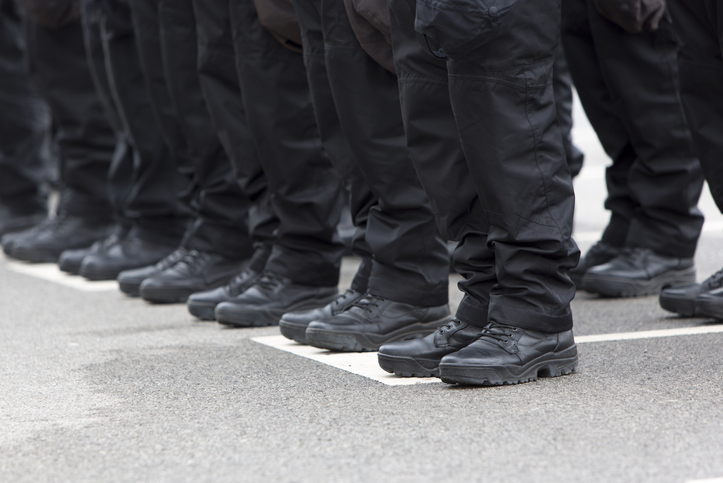 The Office for Students is investigating eight larger universities and colleges over their business and management courses after the government told the independent regulator of English higher education to do so, in what ministers bill “boots-on-the-ground” investigations involving campus visits.

The OfS said on 26 May that it had “launched eight new investigations designed to tackle poor quality courses” and that it would not be naming the institutions under investigation “at this stage”, but expected to publish further details of the investigations soon.

“This set of investigations will look specifically at business and management courses, including an examination of whether poor quality online learning has replaced face to face teaching to the detriment of students’ academic experience,” it added.

The investigations “will consider whether courses at the eight universities and colleges meet the OfS’s conditions for quality, which came into effect in May this year”, the regulator says.

The investigations will cover three of those quality conditions: B1, requiring “that all students receive a high quality academic experience”, meaning “courses must be up-to-date, challenging and well delivered, and equip students with the skills they will need after graduation”; B2, requiring that they “receive the resources and support they need to succeed on their courses and after graduation”; and B4, which “clamps down on grade inflation by requiring universities and colleges to assess students effectively and award qualifications that are credible and stand the test of time”.

The first round of investigations focuses on larger universities and colleges “because any interventions made to improve quality will have a positive impact on a significant number of students”, it also said.

The OfS “will write to the eight individual universities and colleges this week setting out details of the investigations”.

“Each investigation will involve an onsite visit, and the OfS is inviting applications from academic experts to help undertake this onsite assessment work,” it added.

In March, ministers told the OfS in a letter that its “priorities for investigation” should include “a set of investigations focused on a major subject grouping with large numbers of students and high variation in outcomes, such as computer science or law, with the intention to drive up the quality of those courses across the sector as a whole ”.

Their letter also called for “on-site inspections” by the OfS, aimed at ensuring “that online learning should be used to complement and enhance a student’s learning experience, not to detract from it”, and looking at the provision of sufficient contact hours, particularly where this has been flagged by intelligence from students ”.

The OfS began operations in 2018 after being created by the Conservative government. Universities have concerns that the OfS, chaired by Tory peer Lord Wharton, has far less distance from government than its predecessor organization, the Higher Education Funding Council for England, which acted as a buffer between ministers and the sector.

Amid increasing economic and political skepticism among Tory ministers over expanded higher education, they are keen to pursue a crackdown on what they see as “low quality” courses.

universities minister Michelle Donelan said in response to the OfS announcement: “This is the first wave of a package of boots-on-the-ground investigations that the secretary of state and I have asked the OfS to deliver, focusing on ensuring students receive sufficient face-to-face contact hours, are on high quality , stretching courses and are assessed rigorously and fairly.

“This is just one part of my drive to tackle the pockets of poor quality that let down students, increase transparency and deliver real social mobility.”

Susan Lapworth, interim chief executive of the OfS, said: “We know that students have endured an exceptionally difficult time during the pandemic. While most courses have returned to normal, it is right for the OfS to consider whether some universities and colleges are selling students short. ”

She added: “The launch of these investigations signals a shift for the OfS to active regulation of quality in the higher education sector.”