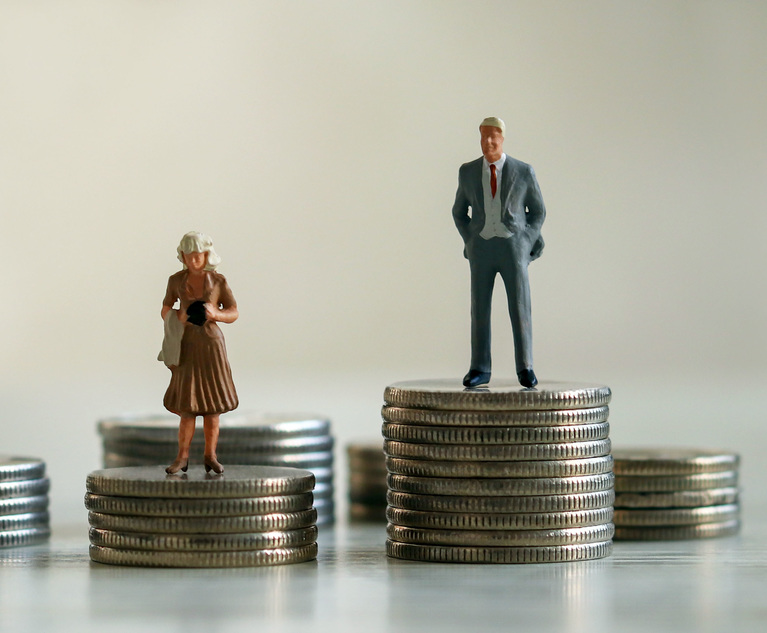 The average salary of a male in-house lawyer in Canada is CA $ 24,000 higher than that of a female in-house counsel, according to a new report.

Based on an extensive survey, the report by The Counsel Network, a Canadian legal recruitment firm, and the Canadian Corporate Counsel Association, found that the average male in-house counsel’s base salary in 2022 was CA $ 193,000, compared to the average of CA $ 169,000 for a woman in the same position.

The difference in pay was even more remarkable at higher wage levels, with the study showing that 42% of male respondents have a mean salary of more than CA $ 200,000, compared with only 25% of women in that range.

“It’s pretty disappointing,” said Miriam Leung, a director with The Counsel Network. “There’s definitely still a long way to go before we can achieve equitable pay.”

The report showed that “women are paid less than men at all job role levels,” with the divide growing since 2018. The smallest gap is at the legal counsel level, with the base salary difference averaging $ 6,500. At the general counsel / executive level that gap widens to $ 23,500.

One explanation for the salary discrepancy, the report noted, relates to the sector in which in-house counseling work, with a larger proportion of women in the lowest-paying sectors of government and not-for-profits.

Black, Indigenous and other lawyers of color also reported a mean salary that is CA $ 8,000 lower than white lawyers, but that gap is CA $ 3,000 smaller than it was in the survey two years ago, which Leung said was “encouraging.”

The survey, conducted between January and March and released last week, had more than 1,000 respondents from across Canada in a variety of public and private organizations. The survey posed 90 questions covering everything from demographic data and compensation to work-life balance, diversity, and career paths. The median size of participants’ legal departments was five lawyers.

Resources, mining, and forestry had the highest average base salary at CA $ 233,000, followed by retail, hospitality, food and beverage, and consumer products at CA $ 212,000 and manufacturing, automotive, aerospace, and chemical at CA $ 206,000.

The survey showed retail, hospitality, food and beverage, and consumer products experienced the biggest gain in base salary, an increase of CA $ 38,000 per year.

However, Leung said that even with in-house salaries rising, they’re not keeping pace with the massive bumps at large law firms. In addition, the long-held belief that there is more work-life balance in-house has largely disappeared and is now considered a myth. As a result, Leung said she placed more lawyers back into private practice last year than ever before.

“Over the last year, we’ve actually seen more in-house lawyers wanting to make a move back into a law firm,” she said.

As it was conducted well into the COVID-19 pandemic, the survey looked at a number of issues affecting in-house lawyers’ private and professional lives. Notably, more than two-thirds of respondents said they had experienced a decline in their mental health and well-being due to the pandemic, with 15% saying they suffered a substantial decline. More than half had some sort of additional care responsibilities due to the pandemic but said only 22% of their employers provided extra mental health days.

Finally, the survey asked Canadian in-house lawyers what they would like to see their company offer that is not part of their compensation now. The No. 1 benefit listed is a sabbatical (27%). Subsidized child care came in second with 20%.