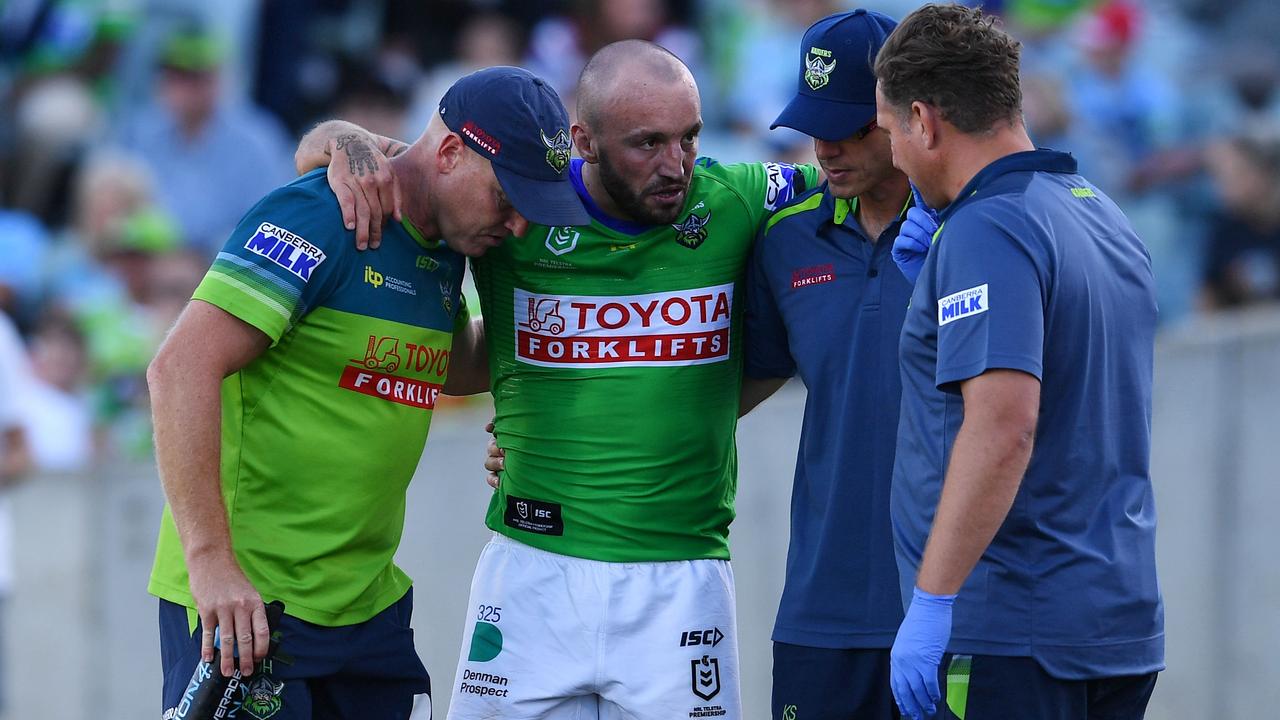 The Raiders have suffered a huge blow with confirmation star hooker Josh Hodgson has played his last game for the club and will undergo surgery for an ACL injury.

“Canberra Raiders hooker Josh Hodgson will have surgery on his knee this week, which will rule him out for the remainder of the 2022 season,” the club said in a statement.

Canberra Raiders club Dr. Greg Macleod said following further scans and assessment, the decision has been made for Hodgson to have surgery.

“Josh’s knee injury sustained in round one was a minor injury, however his return to training has since uncovered some instability in his knee which appears to have caused his current injury.” Macleod said.

“After further scans and diagnosis, the decision has been made that it’s the club’s duty of care to Josh for him to have an ACL reconstruction due to a partial tear in his ACL and associated injuries.”

“Whilst the club and Josh were optimistic that the injury could be rehabbed without surgery, it is with much thought that surgery is the best option for Josh’s long-term health and rugby league career.”

Hodgson said the injury was not how he’d hoped to finish his time on the field with the club and he would be forever grateful for the opportunity the Raiders had given him.

“It’s certainly not the way I wanted to finish up at Canberra. After a disappointing year last year, it was probably the best I’ve felt this year in terms of my body, and I was feeling really fit and really fresh after a good pre-season with no internationals and no rehab. To do it in such a minor way and sustain such a big injury is really frustrating, ”Hodgson said.

“I’ve really found a home away from home here in Canberra and I absolutely love the place. It means as much to me as my hometown club and I’ll be forever grateful to call myself Raider number # 325.

“I’m gutted to go out like this, but I’ll be doing everything I can to support the boys before I leave at the end of the year.”

Meanwhile, the Cowboys have confirmed Mitchell Dunn has also suffered an ACL injury and will miss the remainder of the season.

The 25-year-old suffered the injury in the 30th minute of the Cowboys’ win over the Raiders. He went down clutching at his knee despite no contact with another player.

Read on for the full NRL Casualty Ward.