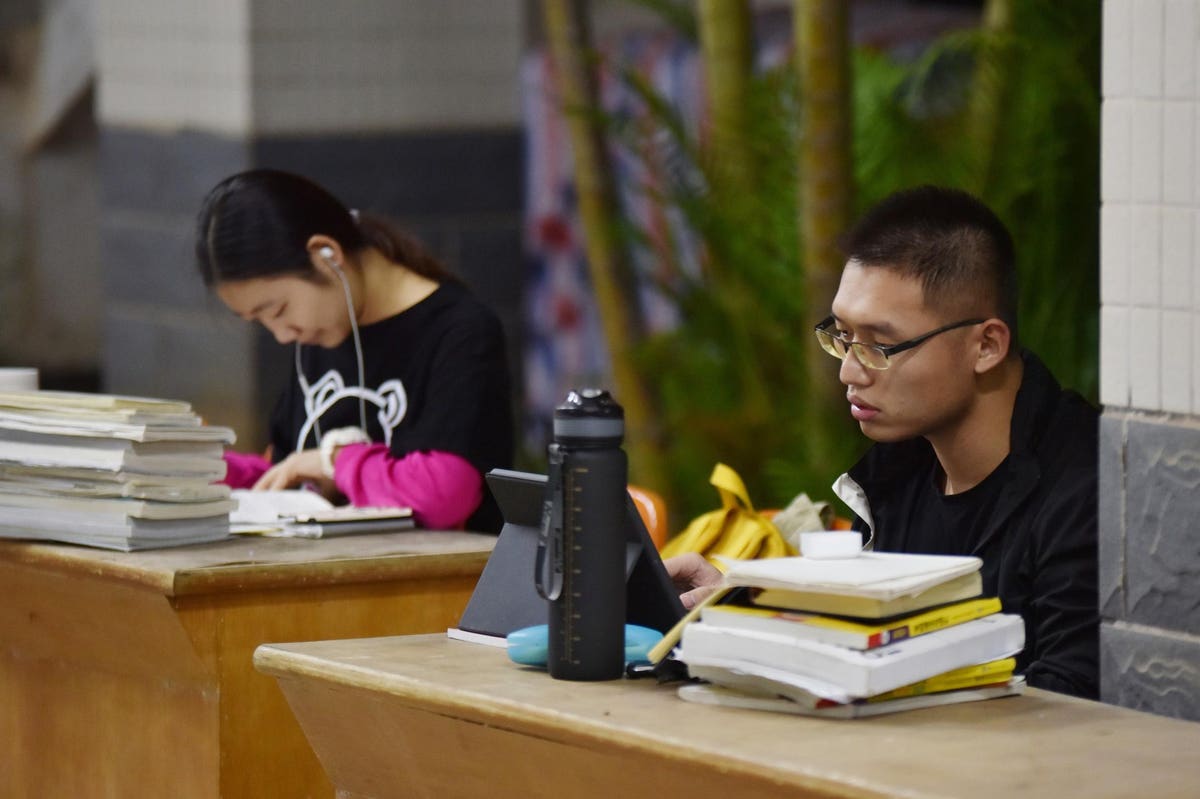 Almost a year after China’s regulatory crackdown all but decimated its online education industry, the struggle to stay afloat has compelled one company to reach out to public investors – albeit at a significantly reduced valuation.

Although Fenbi, whose name means “chalk” in Chinese, caters to adult learners who aren’t targeted by the government crackdown, it’s still getting tarred by the same brush as the rest of the country online education industry.

The company is currently valued at less than $ 2 billion in private markets, according to New York-based data firm CB Insights, down almost 40% from the $ 3 billion valuation it reached in February 2021, when it raised $ 390 million in its Series A round led by IDG Capital and Trustbridge Partners. PitchBook, a research firm with offices in London and San Francisco, shows no other funding rounds for Fenbi, which was initially established in 2013 as a business unit of online tutoring company Yuan Inc. that was later spun off as a separate company in 2020.

Now, investors have turned extremely cautious and are reassessing overall regulatory risks after the edtech crackdown wiped out tens of billions of dollars in market value, causing the biggest names from the eduation sector, everyone from Gaotu’s Larry Chen to TAL Education’s Zhang Bangxin, to lose their billionaire status. Survival has come at a heavy cost: In January, Chinese edtech firm New Oriental dismissed 60,000 employees after its operating income plunged by 80%. The company founder, Yu Minhong, sought to generate additional income by steering the company into selling fruit and vegetables via live streaming.

When asked about its valuation and IPO plans, a Fenbi spokesperson referred to the company preliminary prospectus, which states it was valued at $ 3 billion last February. China International Capital Corporation, one of the three investment banks listed in the prospectus alongside Citi and BofA Securities, did not respond to requests for comment. A Citi spokesperson says the company has no comment. BofA declined to comment.

Zhang Yi, chief executive of Guangzhou-based market research firm iiMedia, says the decision to tap public markets at this less than ideal timing could largely be due to investor pressure to exit, as well as the company’s own urgent need for funds to fend off a rising number of rivals. The business that Fenbi is in — namely selling e-courses to adults in China – is one of the few opportunities left for education firms to pull off a turnaround. And companies including Gaotu, TAL Education and New Oriental have all announced plans to expand in this area.

The company, for its part, was the third-largest service provider in China’s career test preparation industry, having 2.9% of a market valued at $ 10 billion in 2020, according to Frost & Sullivan data cited in its prospectus. An unnamed competitor described as publicly listed in Shenzhen was ranked No. 1 with a 17.2% share in the same year, according to its prospectus.

In the first nine months of 2021, Fenbi generated $ 417 million in revenue, an 80% year-over-year increase that still resulted in a $ 195 million loss in the same period. The loss included fair value changes of certain financial liabilities, but the company is also spending much more to pay teachers and promote its products.

Tommy Wong, a Hong Kong-based analyst at China Merchants Securities, says investors in the Asian financial hub “have been shying away from companies with losses or weak cash flows.” Kenny Ng, a Hong Kong-based securities strategist of Everbright Securities International, says the regulatory overhang as well as cut-throat competition may continue to pressure Fenbi’s valuation.

“Investors are still cautious towards education-related stocks and the market may not necessarily show a lot of enthusiasm,” says Ng. “Raising extra funds can still help Fenbi grow, and the valuation has the potential to go up if sentiment turns positive in two or three years.”