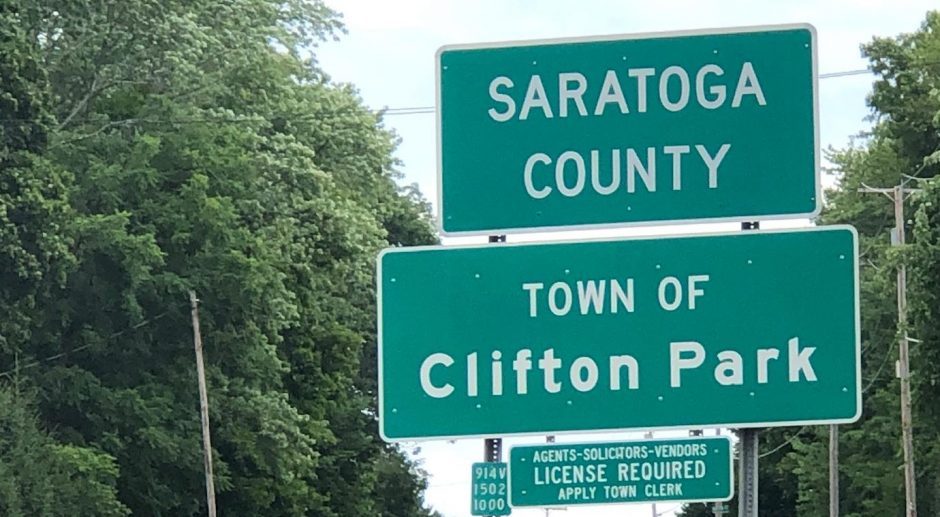 CLIFTON PARK – Clifton Park residents spoke out for and against a proposed hunting law.

The town of Clifton Park is considering a proposed law to help manage the town’s deer population. About 60 town residents attended the public hearing this past Monday night about the proposed law which would allow deer to be hunted with bows by a selected group of 25 hunters for three weeks in November in four of the town’s parks. Over 20 people spoke at the two-hour-long public hearing.

Thomas Palmer from the town’s Deer Management Committee gave a presentation about their proposed plan at the start of the public hearing. He explained the 25 bow hunters would be chosen via a lottery system and would have to pass a proficiency test.

Those selected would be assigned a 50 acre plot within one of the parks where they would be able to hunt; Vischer Ferry Preserve, Garnsey Park, Veterans Park, or the Dwaas Kill Nature Preserve, during the three week period at the end of the deer hunting season.

“The program we put together is ethical, legal, and we believe very safe,” Palmer said.

Palmer outlined some of the problems facing the town and residents because of the deer population, such as farm destruction, landscape damage, a cost to the town for the average of two-to-three deer per week that is cleaned off the road and the damage they can cause to vehicles if they are hit. He said there have been no incidents with bows in New York for the last three years

A recurring theme among speakers who were opposed to the legislation, was safety. Several speakers who lived near the parks were concerned about the potential of bow coming onto their property, accidentally hitting someone or something not intended to be hit. There were also concerns about where a hit deer may run to after it is hit, and where the hunter would leave the insides of the deer after a hunter has removed them. A number of speakers who said they used the trails and paths at the various parks were concerned the hunting would be going on while the parks are open

“Vischer Ferry area has become a bright spot for the town,” resident Thomas Deambra said. “Our experience with the ongoing duck hunting shows that the town does not have the means nor the will to protect landowners adjacent to the nature preserve, or even enforce your rules, which tells me that an expansion of hunting is improved down there, you only make it less safe for us and our children who live in this area.”

The town allows duck hunting for one week of the year in Vischer Ferry Preserve. Deambra explained that every year duck hunters leave the preserve and come onto his property. He said he felt endangered by the hunters who he said are often drinking alcohol and firing towards his home.

A number of the residents who spoke in support of the deer mitigation plan said hunters would not want to be near trails or other people in the parks as it would make hunting too difficult for them.

“The hunters know what they are doing,” resident and hunter Mike Damelio said. “I’m not going to be hunting anywhere close to a bike path, if I have 50 acres I’m going to look at the topography map and look at whatever trees are going to be available to me in that area and I’m going to go to that area. I’m not going to go where that path is, deer don’t want to be where your path is. They want the path with the least people involvement.”

Damelio said he has gone door-to-door asking property owners if they would allow him to hunt on their property. He said he has been denied. He explained the legislation would allow the town to open up the land.

“The only thing I really want to mention is if you go ahead with this program, you beef up public safety,” resident Carl Springel said. “Because like some people have said here and we’ve seen it, where people during hunting season, in a state approved program for the duck season, they just lift up the tape and walk in. That’s a dangerous situation for the hunters and for the people doing that and its not right. So I think as you go ahead with the program you consider beefing up public safety where it might be needed.”

The proposed plan will be considered for a vote at a future town board meeting.

More from The Daily Gazette: