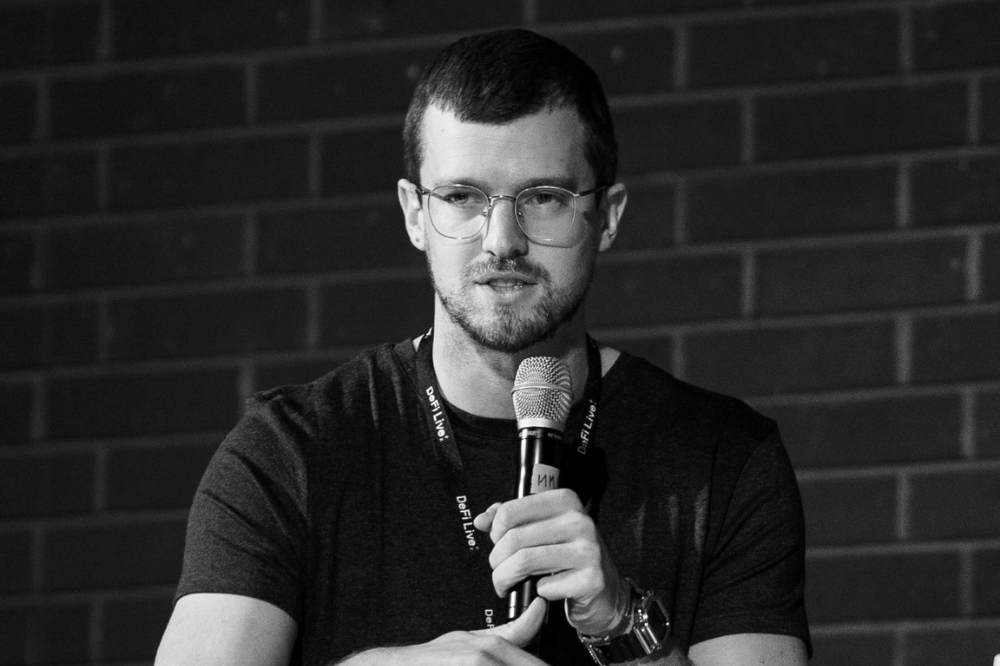 The event has driven insurance front of mind for crypto platforms and businesses, Roberts said, with insurance becoming a “main topic” at a recent Florida blockchain conference Permissionless.

“We don’t want these kinds of crashes to happen, just because of [how it affects] the reputation of the market and so forth, ”Roberts said.

“[But one positive] is it makes sure that good projects that survive become better and more robust, and some weaker projects tend to be sifted out. ”

According to Roberts: “For us, it’s a further need for an evolved, diverse, mature insurance ecosystem within the market.”

This is something that Nayms – named after Lloyd’s of London’s Names – intends to deliver. The blockchain start-up’s insurance marketplace got the green light for two licenses from the Bermuda regulator last month after two years in its sandbox.

“Everyone in the crypto space is after some sort of cover, whether that’s tech errors and omissions or directors ‘and officers’, crime, cyber, cold storage, protection, whatever it might be, there’s lots of demand for insurance,” Roberts said .

It may have shrunk in recent months with currencies such as Bitcoin plummeting in value, but the global cryptocurrency market cap – as of Thursday, May 26, when Roberts spoke to Insurance Business – sat at $ 1.29 trillion, according to tracker Coin Gecko.

With products intended to cater for institutional investors and their retail investors, insurance capacity would be forgiven for looking at the segment as a potential opportunity despite oft touted volatility concerns.

There are some players in the space, such as Bermuda’s Relm. However, the problem for would-be insurance buyers remains on the “supply side”, according to Roberts, with questions around who can provide capacity for investors and which insurers will take on the risk.

Nayms was founded in 2019, though Roberts ’research with incubator Insurtech Gateway – now a key investor in the start-up – began the year before.

The CEO did not have an insurance background before launching the venture, which was inspired during his time in geospatial analytics. Other blockchain projects Roberts has worked on since 2016 include electronic health record exchange, Lacuna Health, which he co-founded.

The business has already made friends in high places and was set to launch a pilot with global broker Aon in 2021.

The Aon project has “morphed into a larger program,” according to Roberts, and is expected to go live later this year.

In the interim, the Bermuda Monetary Authority’s seal of approval means that Nayms can crack on with scaling its digital insurance market.

The digital asset license means participants – which take part through “on chain balance sheets” that Roberts likened to syndicates – will not have to be based in Bermuda themselves to build a balance sheet on the Nayms platform. Plus, they will no longer face a cap on the size of insurance program.

“Our users can focus on what they do best, which is the insurance piece,” Roberts said.

The regulator has also given consent for Nayms to launch support for crypto native captives.

“It’s the only environment in the world where you can run a fully regulated, segregated captive on a chain,” Roberts said.

“In the crypto space, projects that have a token, or lots of Eth [Ethereum]or stable coins on their balance sheets, they don’t really have a regulated option for trading their own captives. ”

The business is working with decentralized custodian Qredo, and Roberts said he hoped the use case will lead more crypto space players to come on board.

While larger exchanges Coinbase and Gemini have created captives in the past, this has been a particular pain point for smaller projects looking to use their own token, according to Roberts.

He said: “Nothing about their token really is recognized as holding any specific value. And so they’re not going to be able to create a captive. They don’t have any fiat money to hold in a traditional captive.

“This option is now available for smaller projects that are looking to create a diversified risk transfer.”

Though Nayms considered both Gibraltar and the UK for its regulatory home, going with Bermuda was a “no brainer”, Roberts said.

This was due to its “seemingly more advanced” digital assets framework, as well as its concentrated hub of insurtech activity, and its burgeoning market of reinsurers.

There is a lack of historical data on crypto risk – something that has made traditional carriers wary.

Perhaps fortunately for Nayms, its role is as a facilitator – Roberts described it as a “competitive, transparent market” to prevent one carrier becoming the sole provider of a product – for participants who will be building this data, rather than assuming the risk itself. .

Roberts said: “The market is working on these kinds of questions, and a growing number have projects specifically set up to try and answer that question. [of historic data].

“And they do so whenever there’s a new risk – whether it’s digital assets or not, you have to create some means of coming up with a starting point and then iterating as quickly as you can as data comes in.”

There has been a “real explosion” of teams within large brokers and insurers, as well as new teams within start-ups, building new products across digital assets over the past three years, Roberts said.

Over time, Nayms itself intends to branch out into areas such as catastrophe, travel, health and parametric insurance.

The start-up’s latest $ 6 million raise was oversubscribed at $ 26 million, according to Roberts, and it hopes to raise $ 50 million over the coming year via a $ 10 million token listing and its A round series.

The biggest challenge for 2022 in Roberts’ view, however, will be addressing a crypto expertise gap.

“That will be an educational challenge, as we continue to speak to the market about what the options are and bring in smart people to learn about what we do, and then take that knowledge and go out to the rest of the space,” he said. said.

Cryptocurrency – A digital currency built on blockchain technology
Crypto exchange – A platform for users to buy and sell cryptocurrency
Bitcoin, Ethereum – Two examples of better-known cryptocurrencies
Stablecoin – A cryptocurrency designed to be tied to the price of another commodity or currency
Fiat money – Typically legal tender approved by a government