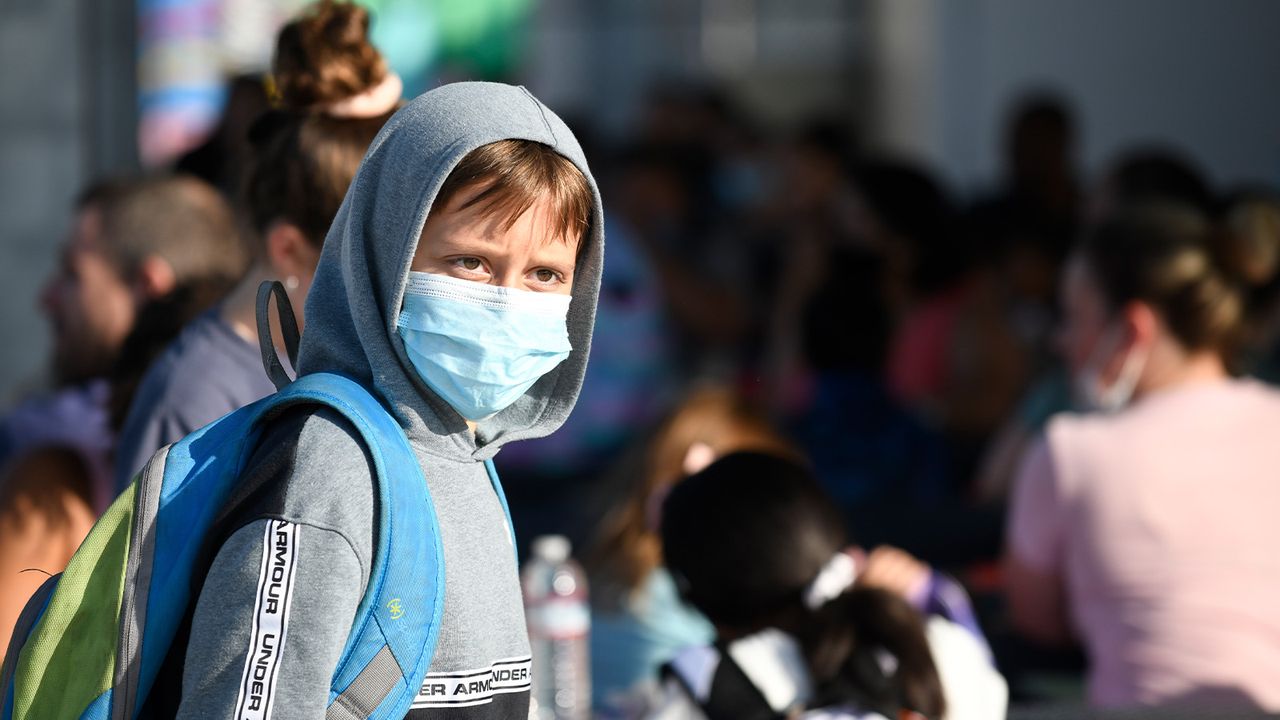 On March 15, President Biden signed a $ 1.5 trillion spending bill for fiscal year 2022 that provides only the most meager increases in education funding. In doing so, he broke campaign promises to provide significant increases for public schools, especially in working class communities.

The new spending bill, which funds the federal government until September 30 of this year, exposes yet again the false pretensions of the Democratic Party to being the party of working people. More funding was allocated to the military ($ 782 billion) than all other discretionary programs combined ($ 730 billion). While the Democratic-led Congress significantly slashed Biden’s initial proposal for education spending, it added $ 37 billion to the military budget above and beyond the amount included in Biden’s budget plan.

Biden’s support for the final budget underscores the cynicism of his much-touted education funding increases from day one of his election campaign and initial budget plan. The teachers unions, in isolating and selling out waves of strikes by US educators over the past several years, justified their betrayals by telling educators to pursue their demands “at the ballot box,” by electing Democrats to the White House and Congress. In this, they have been backed by pseudo-left organizations such as the Democratic Socialists of America.

The Department of Education will receive $ 76.4 billion — less than 10 percent of the Pentagon budget. The Title I program, which supplements state and local education funding for low-income students, gets a mere $ 1 billion increase, to $ 17.5 billion.

Among other provisions, Title I provides access to more rigorous instruction, expands access to high-quality preschool, and increases the pay of teachers in low-income schools. Currently, about 25 million children, representing more than half of all school-aged kids, are covered by some Title I funds. In the new budget, this works out to a paltry $ 700 per Title I-eligible student.

As a candidate, Biden had promised to triple Title I funding. In a July 3, 2020 town hall with the National Education Association, he said he would use the increased funds “to close that gap between the rich and the poor” and “root out” inequities in the education system.

In his proposed 2022 fiscal year budget, Biden had called for a $ 20 billion increase to Title I. The Democrats, by an unanimous vote in the Senate, agreed to the $ 1 billion figure (an increase of $ 40 per student qualifying for Title I).

The lack of Title I funds will hit public schools in working class communities especially hard. Public school funding depends on large measure on the number of students enrolled. The pandemic caused a 3 percent decline in public school enrollment nationwide in 2020-2021, after a decade of slow gains. Combined with the lack of Title I funding, the declining enrollment will further undermine resources for public education, especially for poorer students.

Congressional Democrats also failed to fund Biden’s proposal to increase support for Part B of the Individuals with Disabilities Education Act (IDEA) by $ 2.6 billion. Instead, they allocated a mere $ 406 million increase.

This program provides free services to children aged 3 through 21 with developmental disabilities, including special education and physical, occupational and speech therapy.

“We were disappointed in the final numbers given that all of the previous FY 22 proposals we had seen showed significant increases to IDEA funding,” said Lindsay Kubatzky, director of policy and advocacy for the National Center for Learning Disabilities, in an email to K-12 Dive:an online education publication.

“Congress could have used this as an opportunity to take a significant step towards fulfilling their promise nearly 50 years ago to fully fund IDEA. Instead, the modest increase will force schools and districts to use more of their funds to cover the costs of supporting students with disabilities, ”Kubatzky added.

Congress significantly low-balled funding for school-based mental health services and full-service community schools. Biden requested $ 1.5 billion, while Congress only approved $ 361 million. The failure to provide these necessary funds for student mental health exposes the many politicians from both parties (along with unscrupulous scientists) who have repeatedly claimed a mental health crisis as a leading argument for reopening schools in the midst of the pandemic.

One of the few areas where Congress actually increased education funding above Biden’s proposals was for state assessments, with Congress providing $ 12 million more than Biden’s requested $ 378 million. The ruling class has used such assessments for decades to fund programs, from Bush’s “No Child Left Behind” to Obama’s “Race to the Top,” that strip low-performing public schools of funding and hand public money over to for-profit charters.

This privatization of education has long been a goal of both political parties, and has led to a downward spiral in funding for public schools and the quality of education for the majority of American children, including those attending charter schools.

The new budget also eliminates pandemic waivers that allowed schools to distribute free meals to all students without verifying family income. Without the waivers, a family of three must earn less than about $ 30,000 a year to qualify for free meals for its children. With inflation at 7.9 percent, a forty-year high, working class parents will be hard-pressed to fill the gap that school meals provided for their children.

In 2019, even before the pandemic, 75 percent of school districts reported unpaid student meal debt. In 2020, 60 million people in the United States relied on food banks to get by. Food insecurity for the working class will worsen with the cut-off of free student meals, the massive rise in inflation, and the worldwide reduction in wheat and flour supplies caused by the war in Ukraine.

Biden had also proposed $ 25 million to create a “climate resilient schools,” with promised aid to improve indoor air quality and ventilation, along with an expansion of renewable energy generation at schools. While these funds are merely a drop in the bucket compared to the resources needed to curtail the pandemic and avert catastrophic climate change, even these woefully inadequate measures did not survive in the final Democratic-approved budget.

The $ 37 billion increase over Biden’s proposal that Congress provided to the military budget would have funded Title I, IDEA Part B, Head Start, student mental health, free meals for all students, and better ventilation in the schools to the full amount in Biden’s proposed budget, with billions to spare.

The budget, moreover, provides no relief to the millions of workers who are burdened by student loan debt. While Biden may again extend the freeze on student loan repayments begun by the Trump administration after the pandemic hit, he has done nothing to fulfill his campaign promise — itself inadequate — to forgive $ 10,000 in student loan debt per person. Even if Biden fulfilled this promise and all 43.4 million borrowers received $ 10,000, it would amount to only 25 percent of the $ 1.61 trillion in outstanding federal student loan debt.

The 2022 fiscal year budget proves yet again that the Democratic Party, no less than the Republicans, subordinates all social needs of the working class to war and the profit interests of the capitalist class. Workers must break with both of these parties and fight for socialism in order to fully fund the social programs necessary for a decent life for themselves and their children.

Receive news updates and information on the fight against the unsafe reopening of schools.