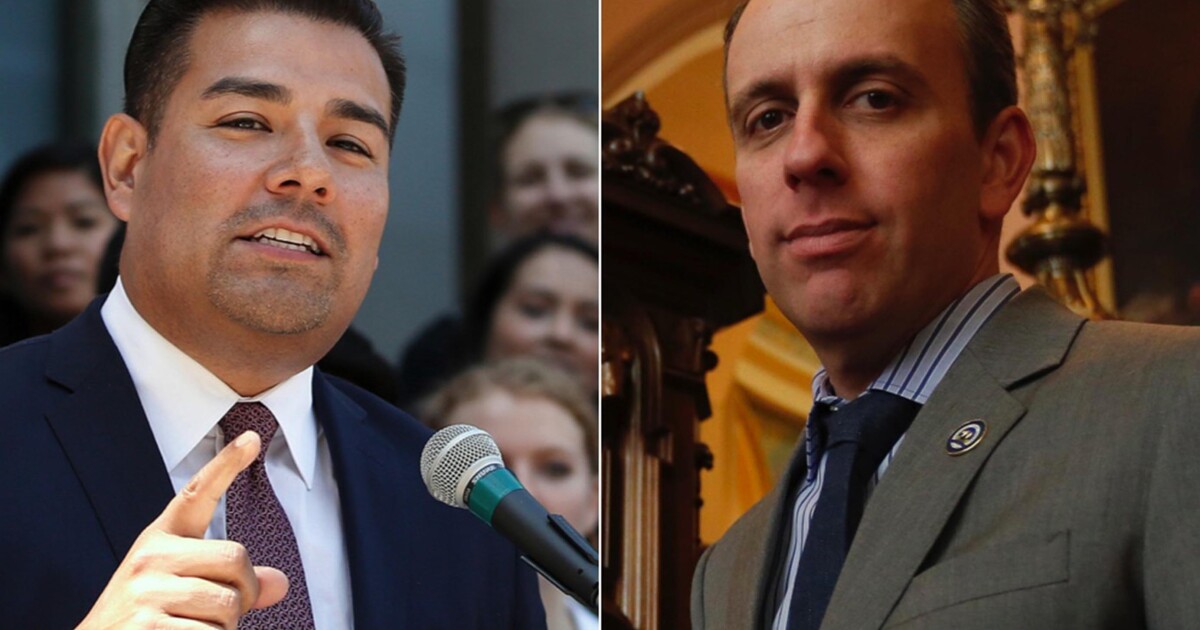 California voters will soon choose a leader for the state agency that wields significant power over home, auto and other insurance policies purchased by millions of consumers, filling an elected post that will be particularly influential in helping homeowners in wildfire-prone areas maintain their insurance.

Nine candidates are vying to be California insurance commissioner, a regulator with the authority to approve or reject rate increases and investigate fraud. The top two finishers in the June 7 primary will face off in the November general election. Incumbent Ricardo Lara, a Democrat from Los Angeles, is looking to hold on to his seat amid a fierce challenge from a Democratic opponent, San Rafael Assemblymember Marc Levine.

While much of the attention in the race has been centered on jabs between Lara and Levine, seven other contenders are also running for the post.

Healthcare lawyer Robert Molnar, who once worked for former Insurance Commissioner Steve Poizner, is on the ballot as a “no party preference” candidate.

“The California Department of Insurance oversees most avenues of insurance in California,” said Wesley Hussey, a professor of political science at Sacramento State University. “Life insurance, home insurance, car insurance. It’s all under this office’s purview. But, most people know nothing about the office or the candidates until they look at their ballot and see the party identification and occupation and make a guess. ”

The often-overlooked race has drawn more interest this year for the bare-knuckles campaign Levine has launched against Lara, who is popular among top Democrats in the state and has been backed by the California Democratic Party, Gov. Gavin Newsom and legislative leaders.

Hussey said it’s the Democrat versus the dynamic Democrat that has made this year’s insurance commissioner election a little more interesting than those of the past.

“This race is pretty sleepy and if Lara hadn’t made some mistakes in office, it would be even more sleepy,” he said.

During his first year in office in 2019, Lara was forced to apologize following reports that he billed taxpayers for a Sacramento apartment while living in Los Angeles. That same year, Lara also apologized after news reports detailed how he accepted campaign donations from insurance industry representatives and their spouses and then soon after made decisions that favored the executives.

“He’s been a train wreck,” Levine said. “People know there is an insurance crisis. People are being squeezed. Insurers have been collecting decades of premiums. Ricardo Lara is not doing his job. He is working on behalf of campaign donors. ”

California’s major newspaper editorial boards cited those issues in handing their coveted endorsements to Levine, who was first elected to the state Assembly when he ousted a Democratic incumbent in 2012.

Lara’s campaign has taken aim at Levine’s legislative record on labor bills, such as a 2016 bill to require overtime pay for farmworkers in which the Assembly member declined to vote. Levine faced criticism in 2013 for ducking a vote on a bill that would have given the California Coastal Commission the ability to levy fines for violations of the state’s Coastal Act.

Lara declined to comment on Levine’s candidacy, saying through a spokesperson that he was focused on “showcasing the work that we’ve done and what we will do in the future.”

Lara was elected to the post in 2018 after serving eight years in the Legislature, defeating Poizner, who had previously served as the state’s insurance commissioner from 2007 to 2011. With his election, Lara became the first gay statewide official.

Lara’s campaign has highlighted his work to save California drivers $ 2.4 billion by requiring auto insurance companies to refund some of the premiums they collected from customers who largely stayed home during the pandemic, which reduced car accident claims. He issued new rules that required home insurers to offer discounts if homeowners show they have done work to reduce their risk of fire, although critics contend that they did not go far enough since insurance companies can still opt to not cover a home.

Lara has issued temporary moratoriums preventing home insurers from dropping policies in certain fire-prone areas of the state using a law he authored while serving as a state senator in 2018.