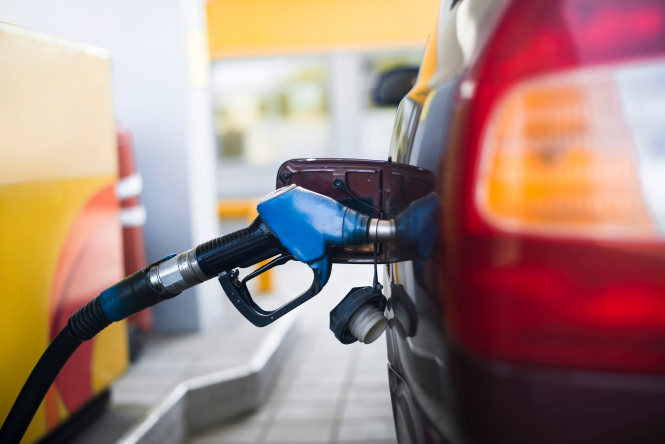 Diesel has reached its highest ever price in France, with average costs in petrol stations at € 1.5354 per liter last week, according to figures from the Ministry for Ecological Transition.

The previous record was set in October 2018 and sparked the national gilets jaunes protests.

The new high means that diesel prices have risen 28% in the past year in France. See here for a list of average monthly diesel prices.

This leap was exacerbated by the health crisis, which made prices artificially low at the start of the year.

Since then, prices have risen steadily, with the global price for barrels of crude oil reaching $ 82 last week – an increase of over 100% in 12 months.

These prices are impacted by international factors, such as China now using petrol to produce electricity, but they are felt directly by customers at petrol pumps in France.

As taxes on petrol and diesel have been frozen in France since 2018, price changes in petrol stations are almost exclusively down to fluctuations in global markets.

A study from La Banque de France said: “It takes on average 11 working days for 90% of the variation in costs to be transferred to the overall price, and the total impact on the price of fuel takes around 20 working days [to come through]. ”

In the study, la Banque de France analyzed 11,000 petrol stations between 2007-2018, and found that price increases and decreases were reflected in actual prices at the same speed.

Taxes help stabilize the costs a little, as they make up 60% of the total price paid by customers in France.

Not surprisingly, price increases are likely to have a larger impact on poorer households in France.

A study from INSEE, the National Institute of Statistics and Economic Studies, found that the top 10% of high-income households spent 3% of their income on fuel, while the lowest 10% of low-income households ( that owned a vehicle) spent 10%.

Drivers can reduce their fuel use by lowering their driving speeds, using the most economical car if they have multiple vehicles, or by reducing the number of journeys they make.

However, price increases are unlikely to have a big impact on how much fuel people buy, experts suggest.

Raphaël Trotignon, economist at French research institute Rexecode told Les Echos: “An increase of 10% in the cost of fuel means a reduction of only 2 or 3% in consumption in rich countries in the short term.

“Households do not really have any other choice than to accept the increase.”

Read more: See how your gas, electricity and petrol bills are rising in France

As fuel prices around the world are being driven up, German drivers have recently found themselves in the unusual situation of it being cheaper to travel to France to fill their tanks.

Typically, fuel is cheaper in Germany as taxes are lower, but prices are currently around 20 centimes cheaper in France.

One French driver explained to LCI: “Normally fuel is cheaper in Germany. Once petrol even went down to € 0.99 per liter. ”

Another explained that she often travels the other way. She said: “Living in Strasbourg, we often buy cigarettes, alcohol, food and petrol in Germany.”

As well as global factors, price increases in Germany are down to a new ecological tax on carbon dioxide introduced in January, and high rates of inflation.