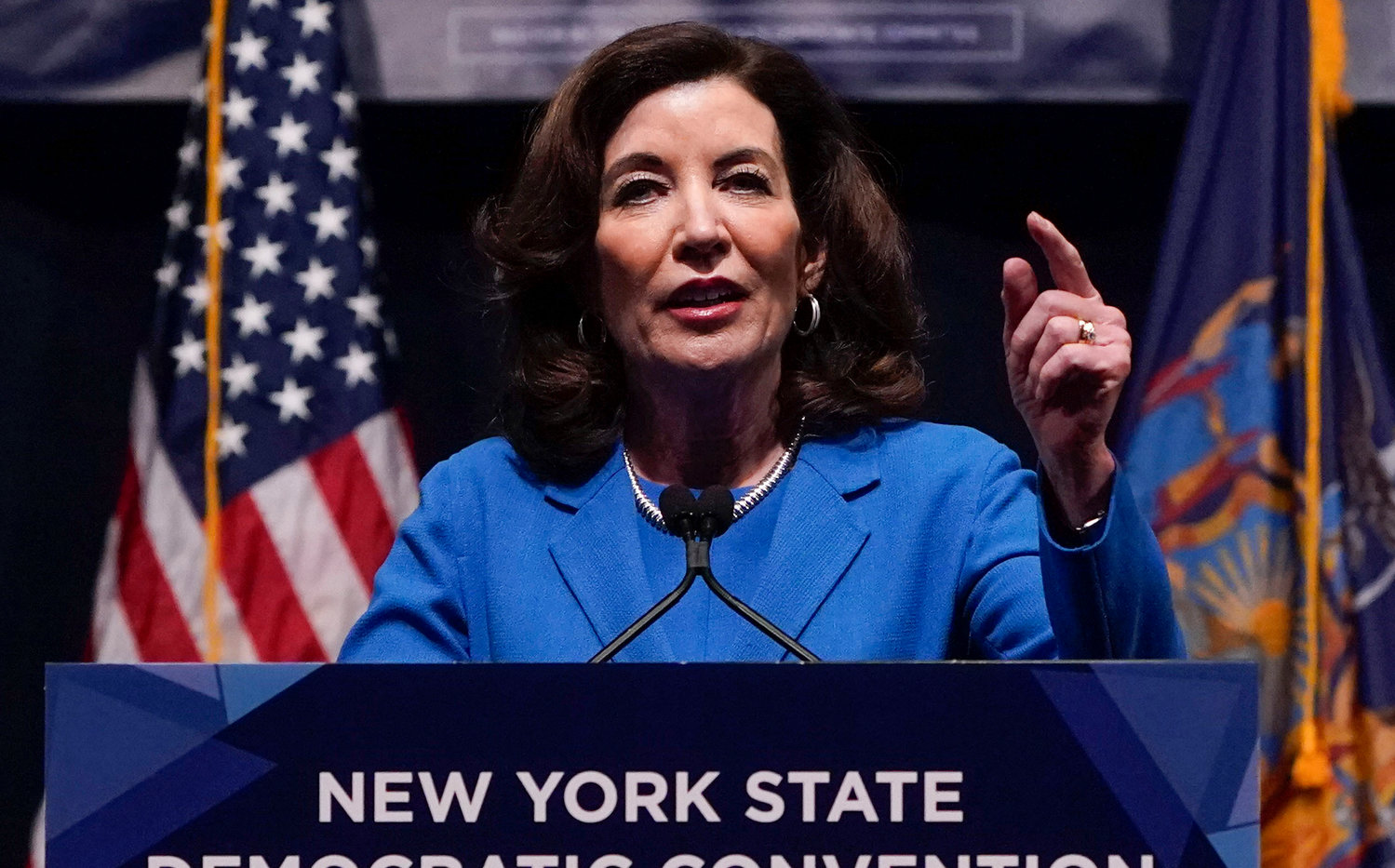 But New York City’s fiscal watchdog issued a report Tuesday refuting the claims of police leaders, unions and some politicians that bail reform is driving crime higher. Those claims, made without evidence, have persisted since the measures took effect in January 2020.

‘Facts rather than fear’

City Comptroller Brad Lander’s report, based on data from the city and the nonprofit New York City Criminal Justice Agency, found that the number and percentage of people in the city rearrested while on pretrial release were lower two years post-reform than they were a year prior to the changes. At either time, only a fraction of rearrests were for violent felonies.

Lander urged state lawmakers to think twice about adopting stricter measures, such as Gov. Kathy Hochul’s plan that would make more crimes eligible for detention and give judges broader latitude in setting bail.

“We think it’s important that policy making follows facts rather than fear,” Lander, a Democrat, told The Associated Press. “We wanted to take a look at the data on bail trends and understand what is really happening. The conversation on bail reform has gotten divorced from that data. ”

Many judges are ignoring a provision in the reform law that requires them to consider a defendant’s ability to pay when setting bail for detention-eligible crimes, Lander’s office found. Most defenders posting bail are doing so with commercial bonds carrying non-refundable fees that can add up to hundreds of dollars.

New York eliminated bail for many nonviolent felonies and required appearance tickets instead of arrests for low-level offenses. The changes kicked in months before the coronavirus pandemic led to widespread shutdowns. In April 2020, lawmakers expanded the list of crimes eligible for pretrial detention, including certain hate crimes, leaving the scene of a fatal accident, criminal possession of a weapon on school grounds, money laundering and criminally negligent homicide.

Hochul, who in January said she would not “cave to pressure” on changing bail reform and that she would “do what’s right based on all the facts that come before me,” acknowledged Monday that she recently gave lawmakers a 10-point plan aimed at modifying bail measures.

The plan, first reported last week by the New York Post, calls for allowing judges to consider a defendant’s criminal history and use of firearms when setting bail, making certain gun crimes and attacks on subway riders and workers eligible for detention, and allowing police to arrest repeat offenders for low-level crimes that would otherwise warrant an appearance ticket.

Mayor Eric Adams, a former New York City police captain who has also called for changes to bail reform in response to a surge in gun violence, said New York is the only state that does not allow judges to weigh a defendant’s criminal history and potential “Dangerousness” when setting bail.

Marie Ndiaye, of the Legal Aid Society’s Decarceration Project, said a “dangerousness” provision would disproportionately impact people of color and only lead to more crowded jails.

“Bail reform has been widely successful, allowing our clients to stay in their communities with their families with no measurable impact on public safety,” Ndiaye said. “The data on bail reform speaks for itself: The overwhelmingly majority of New Yorkers on pretrial release do not commit new crimes and return for future court appearances.”

In December, a little more than 4% of people on pretrial release were rearrested – 1,756 people out of 41,550, according to data cited in Lander’s report. Of them, 273 were arrested for violent felonies.

Judges are still setting bail in thousands of cases each year, mainly involving violent offenses, and many defendants are still jailed pretrial because they are unable to post bail, Lander’s report found.

In 2019, when low-level offenses were still eligible for bail, judges in New York City set bail in 24,657 cases and the average amount was $ 19,162, according to Lander’s report. Defendants in those cases posted bail about 63% of the time.

At Rikers Island, where two inmates died on back-to-back days last week, the incarcerated population is back over 5,600 after falling below 3,900 inmates early in the pandemic, when arrests slowed and some inmates were sent home early.

“The facts of this report show that bail reforms is not responsible for an increase in crime and that it is still actually driving people to be held at Rikers for no other reason than that they are poor,” Lander said. “We should look elsewhere to figure out what kinds of public policy solutions and investments will keep all communities safe.”