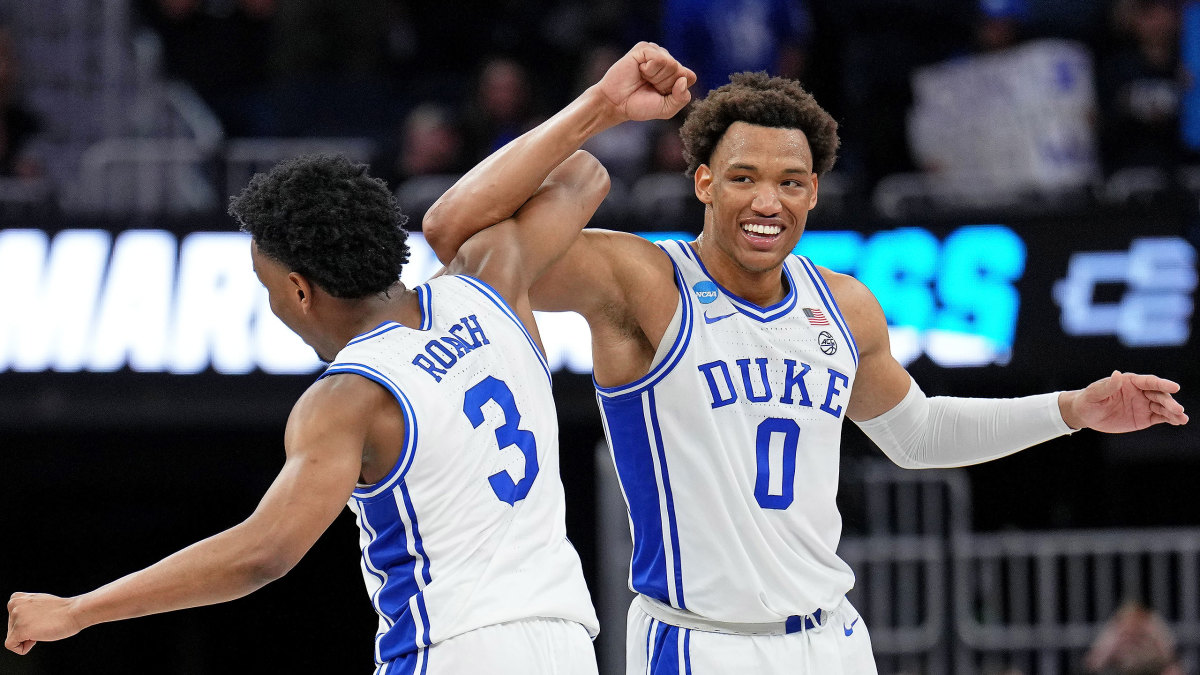 The Blueblood Final Four is just a few days away. One No. 1 seed, two No. 2s and a No. 8 seed survived to keep dancing all the way to Bourbon Street, making this seventh Final Four in the last eight men’s tournaments to feature at least one team seeded no. 7 or worse. The story lines write themselves, but how do these four teams stack up heading into the weekend? Here’s how Sports Illustrated ranks the schools still in the mix to cut down the nets.

The Blue Devils’ offense has become an inferno during this tournament. Take last weekend, when Duke hung 78 points on each of Texas Tech and Arkansas, two of the best defensive teams in the sport. The Devils aren’t lighting it up from three, but everyone except centers Mark Williams and Theo John is a capable floor spacer, which prevents defenses from being able to collapse and help. The result? A lot of one-on-one drives for the likes of Jeremy Roach, Paolo Banchero and Wendell Moore Jr., with no weak-side help. And if help does come, you’re asking to give up a three to AJ Griffin or a dunk to Williams.

Meanwhile, Williams’ defensive value has been immense in this tournament. On / off numbers have shown the 7-foot sophomore’s influence on the game all season, but it has been very noticeable just how impactful its length and shot-blocking ability have been on opposing drivers. Teams’ best bet is to try to pull him away from the rim with a floor-spacing big, but even that has provided only limited success.

Duke is playing its best, most cohesive basketball of the season right now. It’s the favorite to win it all and send Mike Krzyzewski out in storybook fashion.

Kansas has gotten to the Final Four without putting together a complete 40 minutes of its best basketball in the tournament, which should scare the other three remaining teams in the field. Until a strong game in the Elite Eight against Miami, Jayhawks All-American Ochai Agbaji was having a quiet tourney, averaging just 10.3 points in his first three games before going for 18 against the Hurricanes. Kansas struggled mightily with a shorthanded Creighton team in the round of 32, then looked woeful on the offensive end against Providence and trailed by six at halftime against the Canes.

Regardless of whether it has looked pretty, the bottom line is this: the Jayhawks have found ways to win all year. Remy Martin has emerged in the tournament as a key bench scorer, and Christian Braun is a capable Robin to Agbaji’s Batman. This is a team with no clear holes — strong on the glass, steady on defense, sure-handed with the ball and explosive enough on offense to beat elite teams. And with a relatively deep bench featuring plenty of role players who possess diverse skill sets, KU is well-equipped to adjust to the personnel of its opponent. That’s a valuable tool to have in March.

There’s little debate that the UNC has got a somewhat favorable draw on its road to New Orleans, even beyond facing a No. 15 seed in the Elite Eight. Marquette came into the dance scuffling, and without Jonathan Tchamwa Tchatchoua and LJ Cryer, Baylor wasn’t the Baylor that earned that No. 1 seed.

Still, the Tar Heels are playing outstanding basketball right now. Hubert Davis has almost entirely abandoned his bench in favor of his five starters, who’ve found a chemistry together that has unlocked one of the nation’s most explosive offenses. The Heels have two dynamic shot-creating guards in RJ Davis and Caleb Love, who’s each had their moments in March: Davis with his 30-point outburst against Baylor and Love with his 27 second-half points against UCLA in the Sweet 16 When paired with floor-spacing weapon Brady Manek and interior thumper Armando Bacot, you get one of the best nuclei in the nation — and it’s capable of dominating a game offensively.

Where Carolina had to improve all year long to reach its ceiling was on defense, and the Heels have done just that lately. Its connectivity and effort on that end of the floor are night and day from where they were in January. The Heels are not an elite defensive team, but they’re doing enough on that end of the floor to have a chance to do special things this weekend.

This ranking is influenced heavily by the injury to Justin Moore, who is sidelined for the Final Four with a torn Achilles tendon. Moore was Villanova’s most proficient shot creator and second-leading scorer, and losing him for this final weekend is brutal.

Without Moore, the Wildcats will have to double down on the defense and grittiness that helped them to New Orleans. It may be known for shooting and finesse, but this iteration of Villanova has been built as much on toughness as it has skill. It might need to win two grind-it-out games played in the 50s or low 60s to cut down the nets.

The other issue with losing Moore for the remainder of this championship run is the lack of wing depth the Wildcats have. Freshman Jordan Longino is already sidelined for the season, leaving little-used Bryan Antoine and Chris Arcidiacono off the bench (assuming Caleb Daniels steps into the starting lineup).

But still, this is a Jay Wright team with a fifth-year point guard and plenty of experience generally. Forwards Jermaine Samuels and Eric Dixon have played some of their best basketball this month. Count out Villanova at your own laundry.

• UNC Rewrites Its Story in Final Four Run
• Vintage Villanova? Maybe Not. Does It Matter?
• Kansas Proves Its Mettle as Highest Seed Left