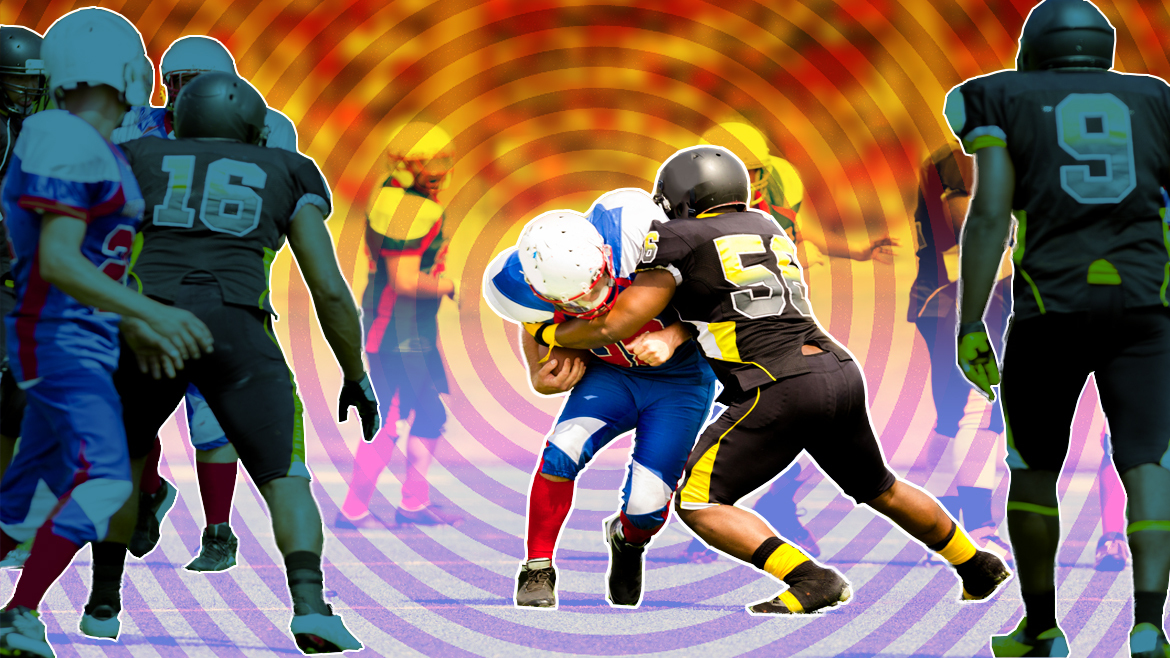 “The 360” shows you diverse perspectives on the day’s top stories and debates.

About a year ago the NCAA opened the door for college athletes to make money from their talents for the first time, upending the model of amateur athletics that had been a bedrock principle of college sports for generations.

Last June the NCAA issued a rule change that allowed athletes to sign endorsement deals using their name, image and likeness (NIL). Since then, star players – particularly in big-money sports like football and basketball – have inked massive deals to make serious cash while still maintaining their eligibility to play at the college level. In March an unnamed football recruit worth more than $ 8 million.

Universities are still barred from paying their players directly. So-called pay-for-play arrangements, in which the promise of sponsorship money is used to recruit an athlete to a particular school, are also not allowed.

The introduction of NIL has led to a range of dramatic changes as athletes, schools and governing bodies adapt to the new college sports landscape. One of the most significant is the emergence of collectives, collaborative groups of wealthy boosters and businesses that work together to connect players with endorsement opportunities.

Often created by prominent alumni or influential donors, collectives are designed to bolster a school’s athletic fortunes without violating rules against direct payments from universities themselves. connected to some of the biggest college sports teams in the United States have popped up over the past year, and one industry expert predicted every school in a major conference by the end of the year.

Why there’s a debate

There’s little doubt that NIL has radically reoriented the world of college sports. To a large number of commentators, these changes have created a more equitable and more honest environment that has allowed athletes to receive a portion of the billions of dollars in revenue they help create with their talents. Still, few would argue that the current system, which has frequently been compared to the Wild West, is ideal. Many have called on the NCAA to establish clearer guidelines on what is and is not permitted – and to be more proactive in enforcing rules .

But others have bemoaned the new landscape, in particular the growing influence of collectives. Alabama head coach Nick Saban, one of the most successful coaches in college football history, “Where you can basically buy players.” Clemson’s football coach Dabo Swinney from the NCAA has made college sports “an absolute mess and a train wreck.” There are also concerns that the introduction of six- and seven-figure deals for athletes will allow the best-funded schools to dominate competitively even more than they already do.

Others view NIL as a short-term, chaotic stopgap that will only temporarily delay an even more seismic shift down the road. To some that could mean universities are finally becoming free to pay players directly. It could also mean a splintering that sees the biggest schools and establish their own competitive leagues with their own rules about eligibility and amateurism.

The NCAA’s board of directors recently intended to clamp down on some of the activities of collectives that may violate pay-for-play rules. It remains to be seen, though, whether the organization has the desire or wherewithal to enforce those rules in a way that meaningfully alters how schools and their boosters approach NIL.

“The entire economic structure of college sports is built around alumni using their money to help fund successful athletic teams on campus. … Now, however, that money can go directly to talent and not to new chairback seats on the upper deck on the east side or new bathrooms in the concourse. ” – David Ubben,

The current chaotic situation is not sustainable

“While I’m all for player empowerment, the question is worth asking: Is the current state-by-state-, school-by-school, conference-by-conference NIL model sustainable in the long run? Almost no one in college athletics believes that what is happening right now is viable for the credibility of college athletics going forward. But where are the answers? Nobody seems to have them. ” – Matt Norlander,

For all of the problems with NIL, there’s no going back

“The NCAA had its chance to regulate NIL deals and inducements to play for certain programs. It plugged her ears, ignoring the ticking that was counting down to a day that was coming ever sooner. Now – boom – it has arrived, and it’s too late. They’re going to try, but it’s impossible to put the confetti back in the cannon. ” – Shalise Manza Young,

“We have NIL now, and it is not going away. Yet the games are played, billions of dollars are being generated, and no fans have turned away. In fact, the games seem more popular than ever. … Compensating athletes is not a problem, it is just business. ” – Jay Bilas,

“I don’t have a problem with college athletes being paid their fair share. This is a multibillion-dollar business, and they play a key role in making it so popular. But funding their labor through collectives and boosters without regulation is a flawed system. Answer The answer, though, has been in front of the NCAA forever. Make the athletes employees. ” – Dan Wolken,

“The NIL rule means the rich are going to get richer – because they can offer more money, they can not only attract even more blue-chip recruits but they can steal players from other schools. … Let the bidding begin. Free agency has come to the college game, and the line between professional sports and college sports is becoming almost nonexistent. ” – Doug Robinson,

“One of the most common criticisms of the current NIL landscape is that it’s ‘not sustainable.’ … How is it not sustainable? Are we to suppose college athletics as a going concern will collapse because athletes are now being paid by outside groups? That’s a ridiculous assertion. ” – Mike DeCourcy,

“Under-the-table inducements have occurred for decades. … It’s also true that current rules and an NCAA fearful of litigation has allowed NIL, in some instances, to be warped into a way for deep-pocket boosters to pay for established stars and recruits alike – threatening a further gap between college sports’ haves and have-nots. ” – Johnny Mcgonigal and Craig Meyer,

“I’d be moved by any of the arguments decrying college sports’ new state of play if anyone making them could point to the time when there wasn’t rampant cheating. When was the golden era of recruiting for these coaches? Point me to a year when there was a level playing field. A year into its existence, NIL is a lawless and ungoverned market, yes, but it replaced a lawless and ungoverned market. ” – Kevin Clark,

“The problem with sports is luring the best players with money affecting competitive balance. Which is why everyone wants to do it. You can quickly become the best team money you could buy. And while this is exactly how pro opera operate, some stubborn old goats (like me) still think this is bad for the college game. ” – Mitch Album,

“The bigger concern among athletic directors is what happens to their own budgets when all the millions they traditionally receive from donors are diverted to NIL cooperatives? Women’s sports advocates, curiously, haven’t made the connection: Their sports will suffer funding cuts and, possibly, probably, elimination. ” – Mark Zeigler,

Is there a topic you’d like to see covered in “The 360”? Send your suggestions to the360@yahoonews.com.