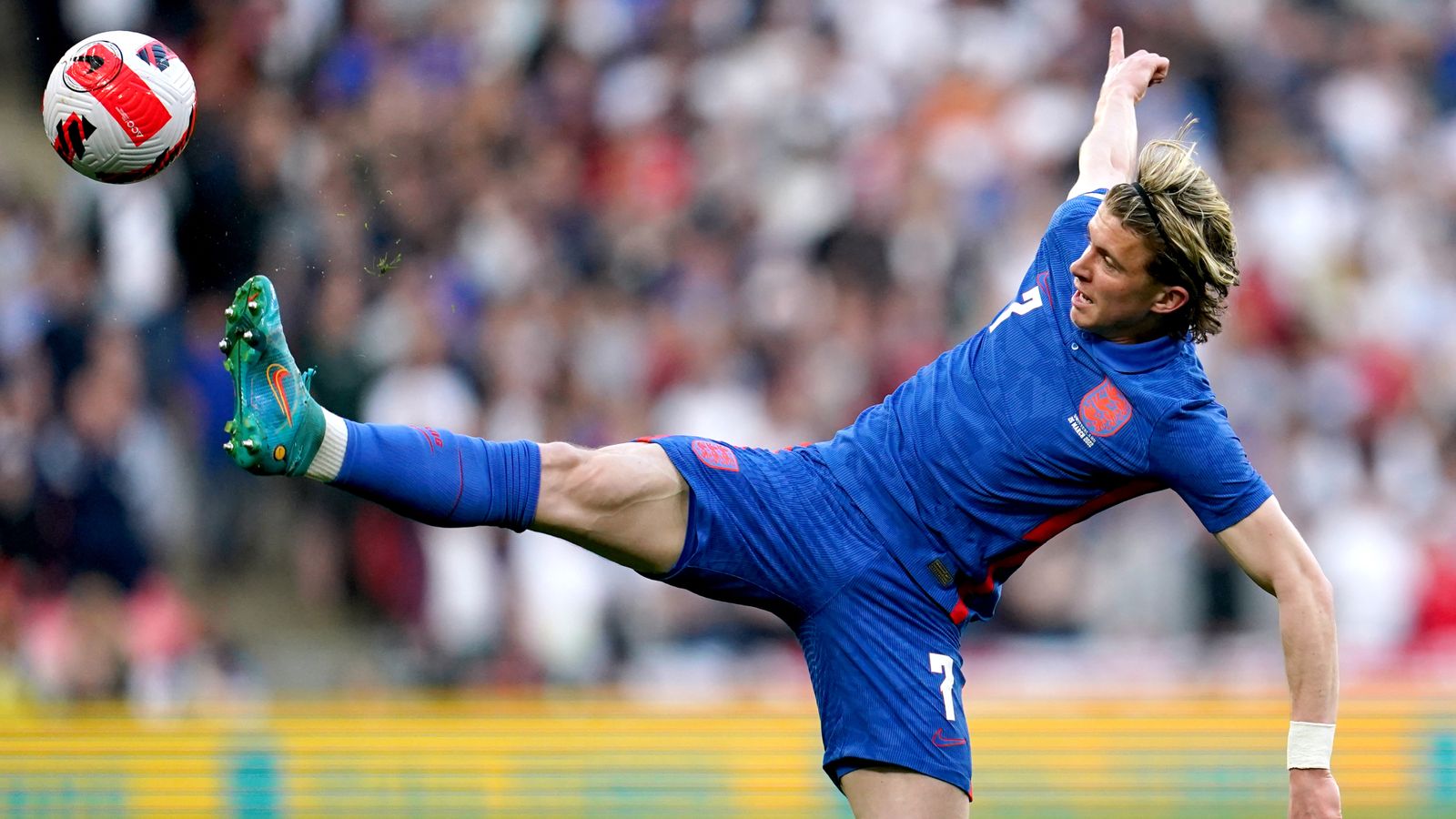 Harry Kane scored the winner from the penalty spot as England came from behind to defeat Switzerland 2-1 at Wembley after Luke Shaw had earlier struck the equalizer. Find out how Gareth Southgate’s players got on with our player ratings …

Got a strong hand to Granit Xhaka’s shot from distance but was beaten soon after. Almost immediately he had to save brilliantly to keep the deficit down to one goal. Then there was a strange moment when Xherdan Shaqiri hit the post from a corner. Played more long balls than might have been expected.

Making his England debut, he was tested defensively early on and might have thought he was close to marking the occasion with a goal only to hit the post from a chance that would have been ruled out for offside. Before his opening 45 minutes were through, he had played his part in a goal – his interception crucial to England’s equalizer.

Drafted in to replace John Stones at short notice and looked comfortable early enough on, showing a good range of distribution, before being caught out for the opening goal. Just misjudged it. Difficult circumstances for him, in fairness, and he stuck at it, showing his versatility as he moved to right-back later in the game. Did well there.

Tasked with organizing an inexperienced defense, England’s off-field leader was up against it on the pitch and there were a few moments of uncertainty around him. Grew into the game, however, with his reliable distribution as ever and made some important defensive headers too.

A tough examination on his debut, but came up with some important blocks and clearances. Kept the passing pretty safe throughout and had a chance to score with his head but was unable to divert the ball on target. Did find the arm of an opponent with his next chance though, leading to the penalty that won the game.

Included from the start despite not having featured for Manchester United in a month and more than justified his selection by smashing in the equalizer in first-half stoppage-time. Got forward well thereafter before being withdrawn.

The Liverpool captain was the man providing some experience in a youthful line-up, but England struggled to play through their opponents so he was sometimes bypassed. It was his hopeful hooked ball forward that led to the equalizing goal.

Full of energy on his first start for England, running beyond the forwards. Had a decent effort blocked and then provided the assist for Shaw’s equalizing goal. His pass through to Harry Kane for a chance in the second half was even better. England’s most positive player before coming off after an hour.

Lost his man from a corner and that almost spent costly with England already one down. Floated around in search of space but was not often able to find it. Unusually quiet.

On 48 goals going into the game, the England captain spurned one early opportunity to level Sir Bobby Charlton’s goal total and up against a strong Switzerland team opportunities were limited. Denied on the angle early in the second half and looked set to miss out on his moment until gifted a chance from the spot. He made no mistake.

As usual, his touches in tight areas are a huge asset, but he struggled to find much space. Shaw’s goal came from him chasing a lost cause but the trademark moments of quality were few and far between.

An undoubted starter in England’s best line-up, introduced to bring some control to midfield.

Given his England debut at wing-back. Always good defensively but also provided a cross for Kane’s headed effort on target midway through the second half.

Brought on to play on the right wing as England changed shape and looked to get into the box well.

Came on to a typically enthusiastic welcome from the Wembley crowd and was soon dropping the shoulder on defenders and rolling the ball under his foot. Injected much needed creativity.

Earned his cap with a late substitute appearance, doing some useful defensive work.

England’s final substitution in the 88th minute of the match.