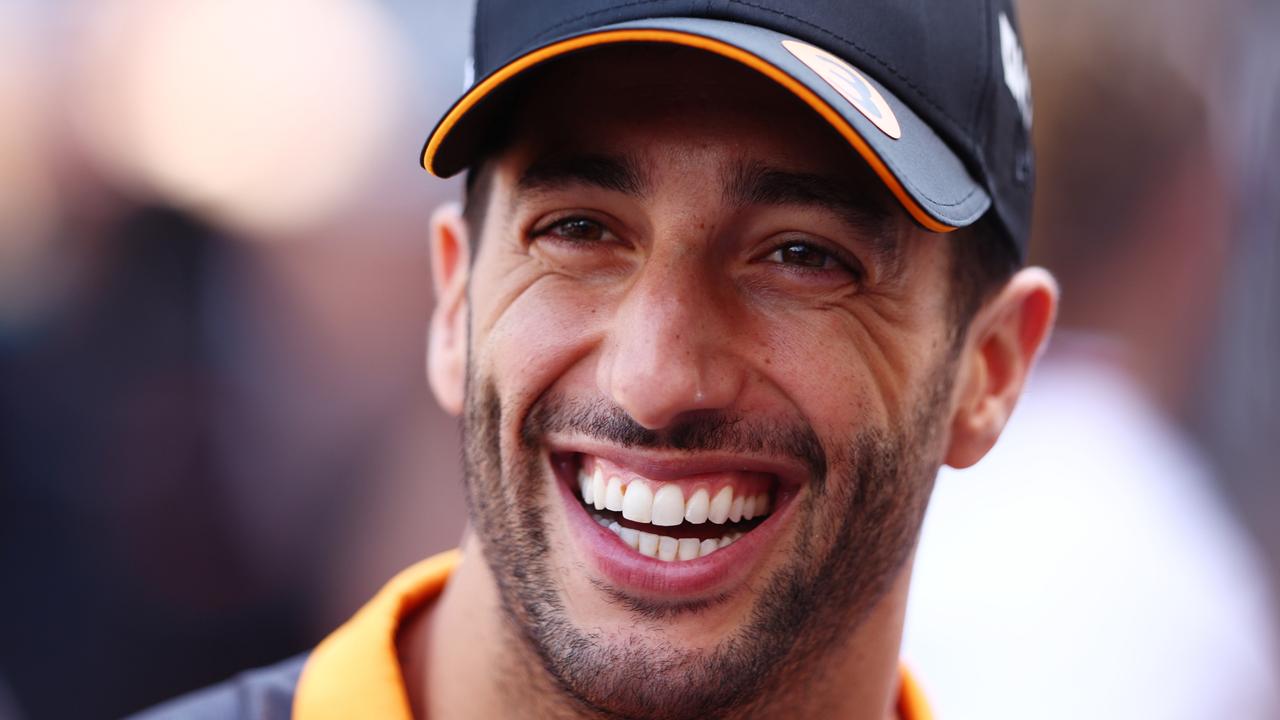 Daniel Ricciardo says he has at least another five years of F1 racing in him despite speculation about his future after a difficult month without points.

Ricciardo has long been regraded as one of the sport’s most talented racers, but his latest team switch has seen him come unstuck in a McLaren that does nothing for his trademark aggressive driving style.

The first half of his 2021 season was undoubtedly poor as he grappled with a task far bigger than he could have imagined in getting to grips with the peculiar MCL35M, but by the second half of the season he’d found a respectable level of form.

Watch every practice, qualifying and race of the 2022 FIA Formula One World Championship ™ live on Kayo. New to Kayo? Try 14 days free now>

As detailed by Fox Sports earlier in the yearafter the midseason break his qualifying deficit to Norris improved substantially to less than two grid places, and he outscored his teammate 65-47.

And while the start of this season hasn’t been flawless, until the Spanish Grand Prix it hasn’t been terrible either.

Had he not suffered a technical retirement in Saudi Arabia while leading his teammate and then not clumsily crashed in the wet on the first lap in Imola, he’d likely have just half of his 37-point gap to his Norris – and most of that reduced margin would’ve come just from the last two races.

“The more people ask me [about retirement]I’m like, ‘F *** that, I want to stay longer!’, ”He said at the Spanish Grand Prix.

“What’s my shelf life? I still think there’s a good handful of years left in me competitively.

“It’s relative as well to competitiveness [and] desire.

“I think I’ve still got the desire in me for a good handful of years, results aside.”

Ricciardo didn’t forget how to drive quickly the night he left Renault on the way to McLaren, but it’s beyond question that for the most part his form in papaya hasn’t been on par with expectations – as both he and McLaren CEO Zak Brown have recently admitted.

Some of that in undoubtedly that the car hasn’t delivered on its promise or its trajectory of improvement based on recent yearsparticularly this season, but as the motorsport adage goes, you’re only ever as good as your last race.

Combined with the fact he’s about to turn 33 years old in a sport rapidly progressing onto his next generation of stars, he really needs to make the last 18 months of his McLaren contract work if he’s aiming for another three or four years after that.

“Yes, I’ve done F1 enough now that people know I’m capable driver and cetera,” he said. “But people also forget there’s no guarantee that in two years time everyone’s going to be like,‘ We want to sign you ’.

“There’s not 10 contracts under your door, so it’s in my hands as well, and not only my desire, but of course my competitiveness.

“I’m aware I’ve moved around a bit the last few years, so stability within a team sounds most desirable for me. Also, McLaren’s got things coming [such as the] wind tunnel [and] new simulator, which I know will benefit the team.

“I want to use the word‘ tremendously ’, but I don’t know the scale, but for sure it will benefit the team to some extent. I certainly want to be a part of that as well, so I’m not having any thoughts of being anywhere else. “

And despite Norris’s rising star – there’s little question of Briton’s immense ability, regardless of his teammate’s struggles with the car – Ricciardo still has only one goal in mind.

“Going back to the retirement talk, whilst I still believe I can have what it takes to be a world champion, then I’m going to stay in the sport, because I’m not content with eight wins. I’m proud, but I’m not content. ”

But it’s a long way from where Ricciardo is now to the world title. Putting the competitiveness of the car to one side, both he and team principal Andreas Seidl say he’s still not fully comfortable with some carry-over quicks in the way the machine wants to be hustled.

Further, while he’s talked about resetting and bouncing back after the disappointments of Spain and Monaco, watching him face the press after finishing outside the points again in Monte Carlo – around streets he previously used to dominate – there’s little doubt his confidence has taken at hit , even if only temporarily.

CATALUNY PREVIEW: Why Ducati’s best title hope has to beat the reigning champ at his own game

MÁRQUEZ OUT ?: MotoGP’s biggest star is walking away after ‘nightmare’. Will we ever see him again?

After qualifying he talked about being confused about his missing pace, which is never morale-boosting commentary.

But asked about whether he can rebound from his latest trough – albeit in Spain, before the worst of the results came rolling in – Ricciardo was unequivocal.

“Last year was such a good kind of reminder for me that I can do it, because last year I think was the biggest challenge, so I’ve gone through it now and come out with the Monza win.

“So I feel like anything now I can do, and I can come out of anything. I think as well, if I find myself in those struggles again, I have methods to pull myself out quicker, because I learned from being low. ”