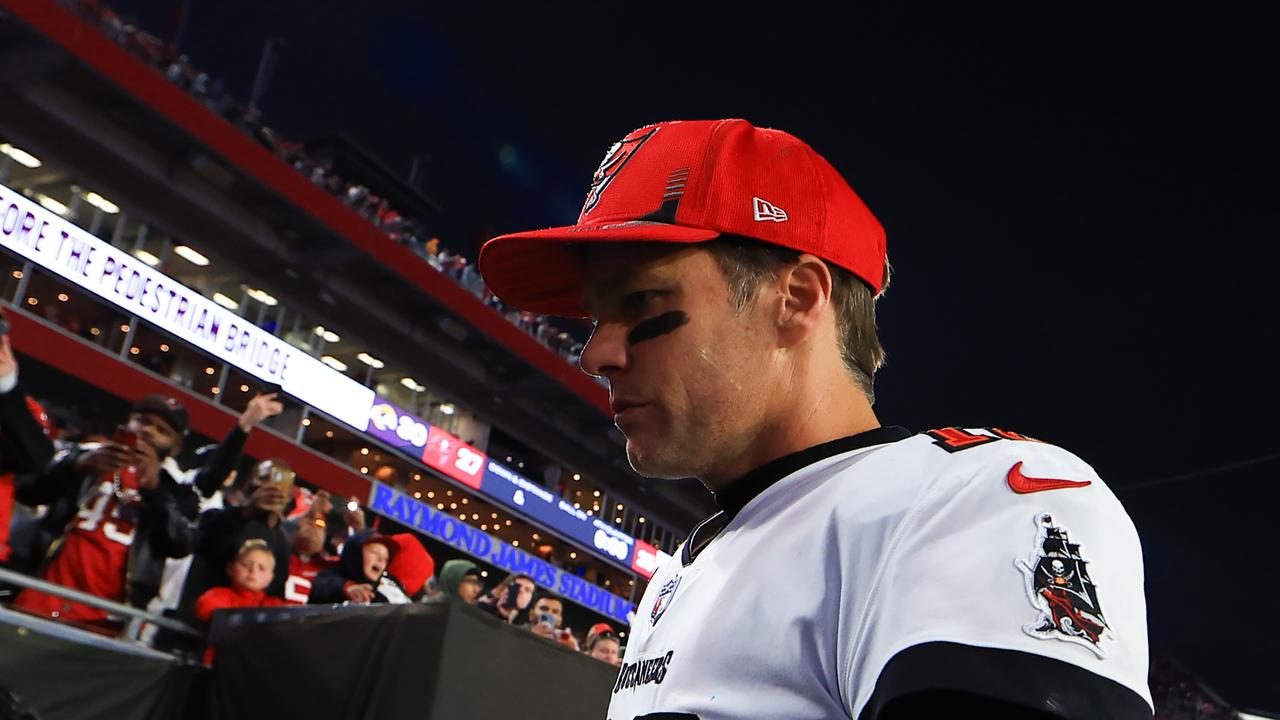 Tom Brady’s NFL comeback is not necessarily surprising, given so few people seemed to actually believe the legendary quarterback was retiring.

But the one question worth asking in the wake of Brady’s announcement on Monday is why he had retired in the first place?

Well, one anonymous NFL executive has a conspiracy theory and it ties in with a rumor that circled in the past two months as Brady’s future in the league remained up in the air.

The Athletic’s Mike Sando claimed the few weeks that passed between Brady’s initial announcement and update on Monday were “all about seeing if the 49ers were willing to bring him in”.

To support that theory, Sando spoke to an NFL executive who told him: “I’m thinking Brady would have felt like he has so much PR on his side that they would have been willing to let him out, that he delivered a Super Bowl . ”

It is consistent with claims from NFL insider Mike Florio, who had for a month now insisted that Brady would return to the league via the 49ers.

“Along the way, I’ve developed a theory that Brady still wants to play for the 49ers, the team that didn’t want him two years ago,” Florio wrote.

“He grew up in the area. He attended The Catch game. He grew up rooting for the San Francisco dynasty, a connection that ignited his passion for football and laid the foundation for his unprecedented run of success in the NFL. ”

FREE AGENCY TRACKER: Every deal and the key storylines

Brady, who has won seven Super Bowl championships, three MVPs and five Super Bowl MVPs, seemsingly has little else to achieve in the sport.

But Florio wrote that winning a Super Bowl with “his boyhood favorite team would be the dash of whipped cream atop the cherry atop the icing atop the cake.”

And he believed there was an easy way for Brady to force the Buccaneers to come to the trade table.

“He signed a two-year contract in 2020,” Florio said of Brady while appearing on the ‘Sports Illustrated Media Podcast’.

“He did a one-year extension last year for cap purposes … not because he wanted to extend his commitment by a year. You can call up somebody with the last name of ‘Glazer,’ you make the case (for the Buccaneers to trade or release Brady). Brought you a Super Bowl. Filled your stadium. Please let me go. ”

“The Buccaneers were going to be without a quarterback if Brady stuck by his retirement plans,” Bianchi said on his ‘Open Mike’ show.

“They were going to have to try to get someone off the scrap heap or they could make a deal for Jimmy Garoppolo. We all know that the rumors or rumblings, Mike Florio has been floating this rumors for a couple of weeks, he thinks Brady is going to end his career with his hometown team – the team he grew up rooting for.

“My theory is this – Brady thought by retiring, the Bucs would release him and he’d be able to go wherever he wanted to go but that didn’t happen. The Bucs were going to hold onto his rights. ”

But given Brady said in his announcement on Monday that he would be playing a 23rd season with the Buccaneers, it seems unlikely.

Bianchi is not entirely convinced though.

“Let’s face it, can we really trust anything Brady says right now?” he said.

“I don’t know if it’s going to happen but that’s the only thing that makes sense to me as to why Brady would come out of retirement after just 40 days.

“You say he had a plan, this was all planned. I don’t think Brady planned to retire and unretire. I think his master plan was to get to San Francisco. I think that was his master plan and the Bucs sort of foiled it. ”

Not everyone though was buying that theory, with Brady’s father claiming constant media speculation forced Brady to temporarily retire in the first place.

“I think people kind of put him into a corner and all these rumors and things before he was ready to make a decision and he had to say something just to get the news people off his back,” he said.

Brady Sr. also described claims his son had retired to try force a trade as another “media creation”.

It is easy to see why Brady would announce his retirement, even if not fully committed to the idea, solely to step away from the spotlight and have space to make a final decision in his own time.

For now, we have to take Brady for his word and that means the 49ers will have to look elsewhere for an option at quarterback.

In an update on Tuesday, NFL Media’s Tom Pelissero appeared on ‘Good Morning Football’ and reported the 49ers want even more than the second-round draft pick they gave up in the first place to get Garoppolo.

“Not going to be cleared until right around the start of training camp. The price on Garoppolo [is] likely a second-round pick and more. There certainly have been conversations. Multiple teams interested there but nothing done yet. ”

The New Orleans Saints, Carolina Panthers, Indianapolis Colts, Pittsburgh Steelers and Seattle Seahawks are all in need of a quarterback and could be potential landing spots for Garoppolo.

The 49ers could also give the keys to Trey Lance, who they drafted last season.