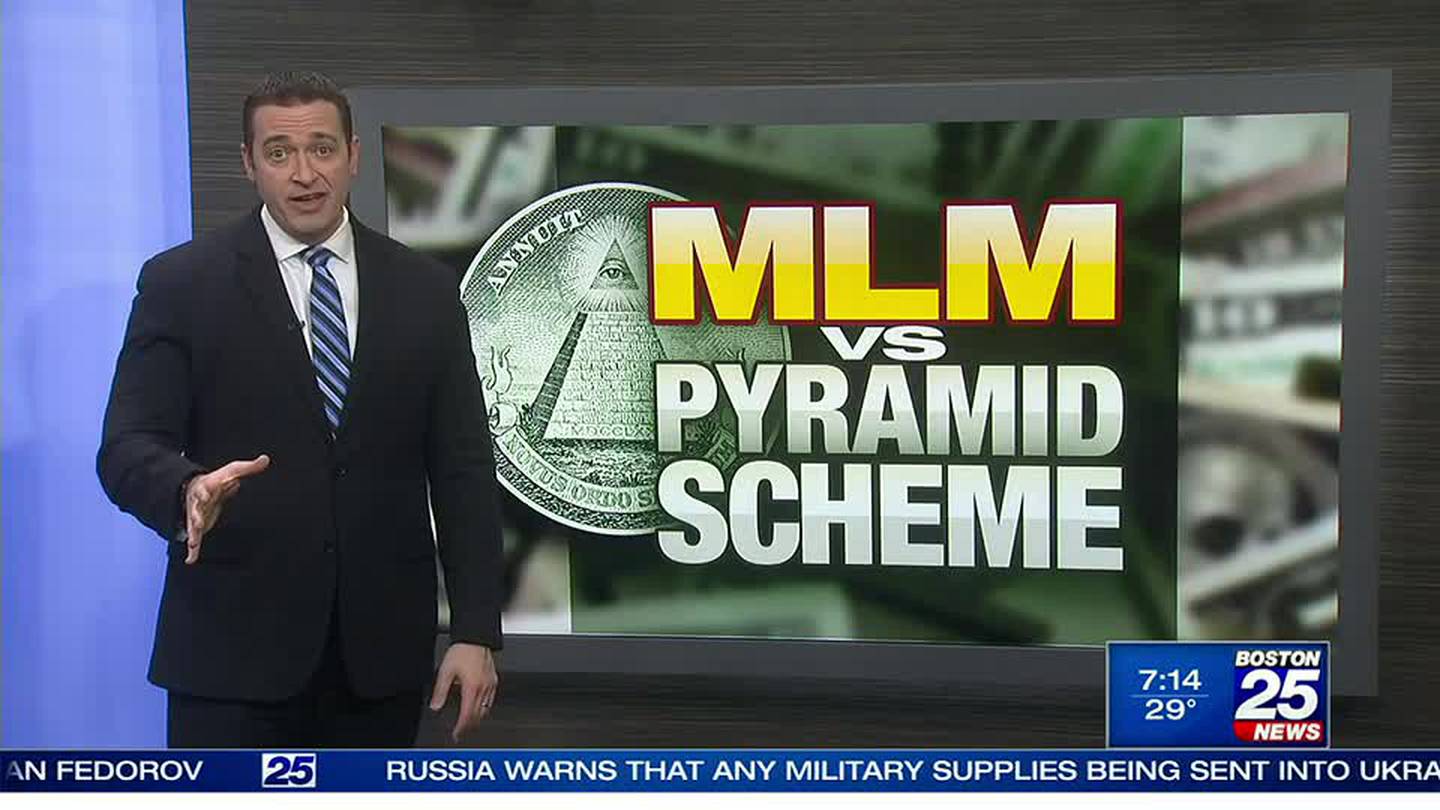 DEDHAM, Mass. — The websites advertise you can “be your own boss” and “work from anywhere” because it’s the “perfect side hustle…to build a rock-solid residual income.” Multi-level marketing is a billion dollar industry and one of its selling points is that it’s easy to make money.

“It’s not easy. It should be simple but not easy. It requires work,” said Jody Chasea network marketer at the Rhode Island-based MLM company Pure Haven.

Chase said she can earn $15,000 to $20,000 a month from the sale of Pure Haven’s health and body products, largely because she has around 2,500 people working “downline” from her in a sales network. Of those 2,500 people, Chase estimates only around 10 earn a deliverable income.

“My goal isn’t to create ‘6 figure earners,’ Chase said. “It’s literally to create ‘thousand-aires,’ because that’s the goal for most people, [earning] $300 to $1000 a month,” Chase said. “It’s not that the compensation plan doesn’t work, it’s that they aren’t consistently working at it.”

The Federal Trade Commission warns most people who join legitimate MLMs make little or no money, and in some cases, lose money. An FTC spokesperson said there has been a spike in complaints about MLMs and illegal pyramid schemes since the pandemic started two years ago.

“In a legitimate multi-level marketing company you will make money from sales to real customers and you don’t need to recruit to make money,” said Melissa Dickey, an attorney in the FTC’s Division of Marketing Practices.

Jessica Hickson, a former multi-level marketer for a Midwest company, now posts comments on YouTube warning others about her bad experience in the industry.

“I kind of saw it as an opportunity to help as many people make money as possible,” Hickson said. “At the time I didn’t realize most of those people weren’t making money.”

“The problem isn’t the people making all the money. The problem is the hundreds of thousands of people underneath of them who are making nothing,” Hickson said. “What MLMs make it look like on the outside is not at all what it’s like on the inside.”

According to the FTC’s website, pyramid schemes “can look remarkably like legitimate MLM business opportunities.” Hickson said anyone interested in working for an MLM should ask for an income disclosure statement to see how workers are paid.

“Looking at it in detail and actually breaking down the numbers would tell you everything that you need to know,” Hickson said.

Chase also recommends doing as much homework about a company as you can.

“There are companies out there that require you to buy inventory and that to me is personally a huge red flag,” Chase said. “Not all companies are equal and you need to know what you’re looking for.”

The FTC says there are ways to spot an MLM that is really just an illegal pyramid scheme:

The FTC also has a list of questions you can ask current and past sales people about their experiences: