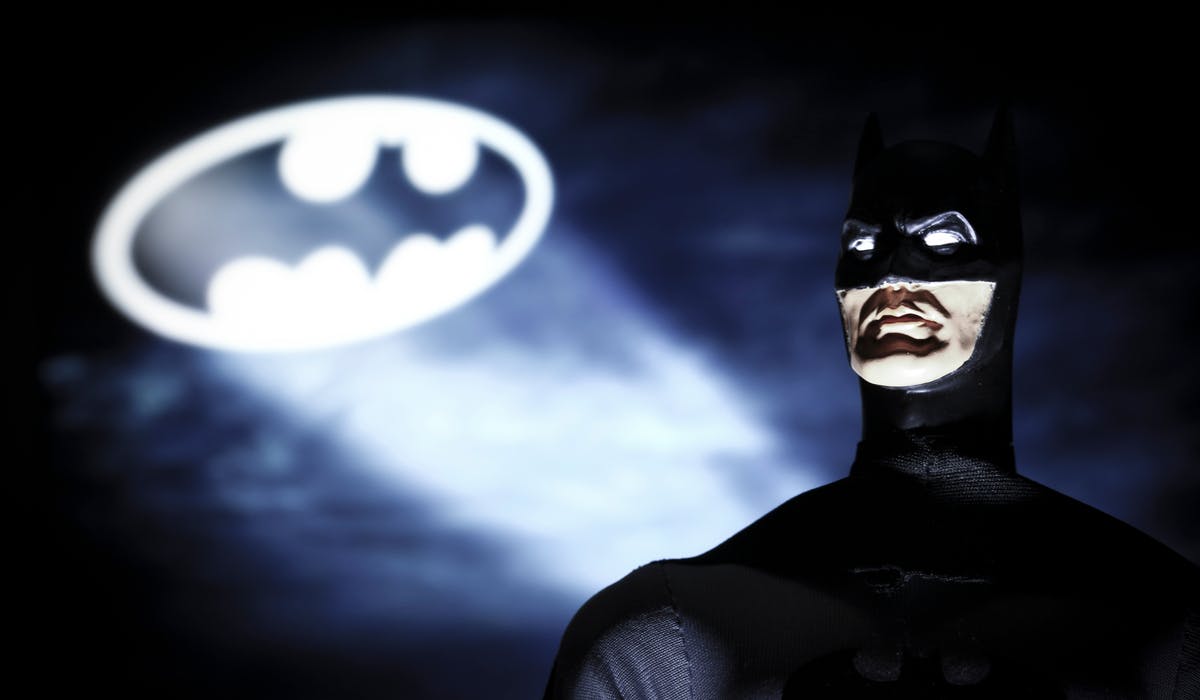 The pandemic was the wake-up call UKTV needed to reignite brand building efforts and move away from its sole focus on short-term activity, according to chief marketing and innovation officer Simon Michaelides.

“We’d lost sight of a lot of best practice rigor and discipline, and developed some pretty bad habits,” he admitted, speaking at the Festival of Marketing: Transform last week.

“We’d been effectively ignoring and papering over a lot cracks, which we kicked ourselves for because a lot of those cracks related directly to marketing and advertising industry learnings, which had been staring us in the face for some time.”

The broadcaster, which owns channels such as Dave, Drama and W, had been focused on what he calls “Bat-Signal” marketing, which takes its cues from the constant stream of new shows that need to be launched.

“We were often just picking up whichever show drops off the end of the conveyor belt and throwing a Bat-Signal into the sky to show it exists and then dropping it, and moving on to the next one,” he explained.

The shift in our marketing strategy to refocus on brand building, and the upskilling of the team that underpin it, has been a huge success across the board.

But it meant the brand was effectively having to reset its approach every time a new show launched, which resulted in “disposable marketing campaigns” and creative work with “minimal consistency and little accumulative impact”.

“In other words, TVs obsession with short-term, appointment-to-view campaigns meant we had been anchoring ourselves in the less effective world of low brand and high activation plans, when for maximum effectiveness we really needed to strike a balance between the two,” Michaelides said.

The pandemic brought this problem into sharp relief when the conveyor belt of new shows ground to a halt, as production teams were forced to shut down.

Michaelides described TV at this time as the “archetypal swan”, because while everything looked “pretty rosy” for television as consumers’ TV consumption increased sharply during lockdown, it was having to “paddle furiously to stay afloat”.

“On the one hand, with everyone in lockdown audiences had grown massively, with viewing figures we hadn’t seen in more than a decade,” he recalled.

“However for all the same reasons that demand was growing, the pipeline for new programming was drying up…To make matters worse, we make most of our money from advertising and although viewing was up the advertising market had crashed. Because with many industries disrupted and effectively shuttered, they were understandably pulling their advertising spend.”

He said UKTV was also “massively disadvantaged” compared to the likes of Amazon and Netflix, as their subscriptions and revenue were rocketing at little to no cost.

Given the circumstances the brand knew it was going to come down to a battle for share, which meant the strength of its brand was going to be more important than ever.

“Consequently we started to scrutinize our brand health trackers and the performance of our marketing campaigns.”

He referred to Peter Field’s The Crisis in Creative Effectiveness paper and Field and Les Binet’s The Long and The Short of It study. Michaelides admitted the brand had been ignoring such research, “telling ourselves that it didn’t really apply to television when the data we were now unearthing in our business was clearly telling us that it absolutely did”.

The fast-paced nature of TV and sheer volume of activity meant UKTV would typically plan, measure and review on a quarterly basis.

“Doing that was preventing us from seeing the true impact of what little brand activity we had actually done, because we were never looking at the picture over a long enough time horizon to see the benefits,” he added.

However, this realization was only part of the problem, Michaelides said, as UKTV was “suddenly confronted” with the “lack of necessary know-how to put things right”.

As the broadcaster was about to recommend a major change in marketing strategy for the business, this was all the most concerning. The marketers needed to convince some “inherently skeptical” stakeholders it was the right thing to do.

But as the team wasn’t confident in its own understanding and capability, Michaelides explained the chances of them being able to command the professional trust and respect required to bring the rest of the business on board was “pretty slim”.

“It was a rude awakening,” he added.

“In other words, setting direction and enabling others to realize their full potential, and do their best work for you and the business, should be the number one priority for anybody no matter what function they work in,” he said.

Despite the market contracting back to pre-pandemic levels and on-demand services consolidating their gains, we’ve grown our audiences and taken share from competitors.

To ensure his team could do this, Michaelides came up with a three-point action plan. Firstly UKTV set about refreshing its knowledge and understanding of brand building and marcoms best practice. Secondly, he looked to better understand each other’s roles and drive closer cross-functional collaboration across the team.

Thirdly, it looked to equip everyone with the skills and capability needed to earn the respect of the rest of the business and “reclaim trust in marcoms as professional brand builders and commercial growth drivers”.

In order to do that, UKTV assembled a team of “superheroes” made up of six agency partners that each played a role in getting the business where it needed to be.

This led to UKTV refining and refreshing the brand proposition for all eight of its brands.

Prior to the refresh, the look and feel of Drama was “arguably quite twee and chintzy”, Michaelides admitted. Although this was appealing to its loyal audience and meant the channel had been growing year on year for almost a decade, it was proving to be a “big turn off” for its growth audience.

The new approach was designed to broaden the appeal of the channel and speak to a wider spectrum of drama fans.

“It was a huge success and helped to make 2021 Drama’s most successful year ever, growing the channel’s share by a very significant 11%,” he said.

Meanwhile, crime channel Alibi lacked any real identity, with any marketing led entirely by the shows it was airing rather than the Alibi brand.

“The net result is that over time the Alibi brand had lost its identity as an entertainment destination in its own right and its lack of personality was resulting in the misattribution of shows to competitor channels, which is not what you want,” he said.

For the first time Alibi was given its own voice and UKTV launched a series of brand campaigns that ran alongside individual show campaigns, with the aim of making Alibi a destination.

This helped to grow Alibi’s share by 5% year on year, turning around what was forecast to be a share decline on the channel last year.

Meanwhile, Dave grew his share of the 16- to 34-year-old audience by 14%, which Michaelides described as “nothing short of a miracle” given this audience is “like hen’s teeth” for traditional broadcasters.

“The shift in our marketing strategy to refocus on brand building, and the upskilling of the team that underpin it, has been a huge success across the board, helping to make 2021 UKTV’s most successful year ever,” he concluded.

“Despite the market contracting back to pre-pandemic levels and on-demand services consolidating their gains, we’ve grown our audiences and taken share from competitors, most of whom are significantly bigger than we are.”