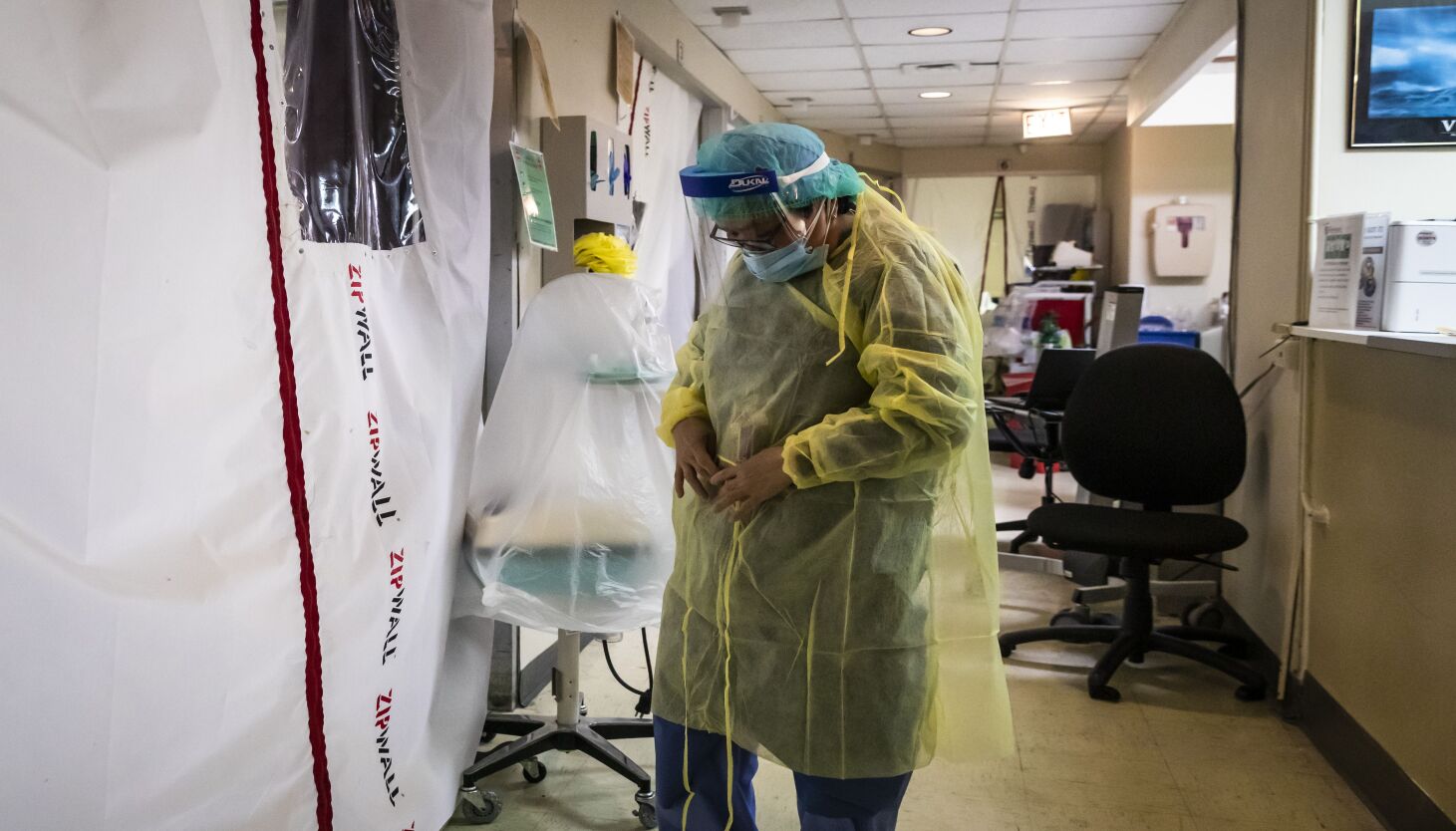 COVID-19 is now claiming Illinois lives at the fastest rate seen in a year.

Statewide, 738 residents died of the virus over the last week, an average of 105 per day. In the darkest days of 2020, that rate topped 150, but it has jumped fivefold since Thanksgiving – and hasn’t been worse since vaccines were widely introduced.

“We’ve been on this ride before. We know how this works, ”Landon said on Friday. “Unfortunately, so much of this was preventable, because we also know the vaccines work.”

Case numbers began exploding in mid-December after Omicron surfaced in the Chicago area. Landon and other experts have long noted that it takes a few weeks for a percentage of rising cases to deteriorate to the point that more people need hospital care, and then another week or two for greater numbers of those severe cases to end in tragedy.

Nearly two years into the pandemic, the vicious cycle has played out five times in Illinois, and it’s not clear when the latest wave will crest. Case counts have leveled off over the past several days, including with 29,639 new cases reported Friday, but officials have said it’s too early to say whether the state’s record-breaking surge has peaked.

Even though Omicron generally seems to cause milder infections and doctors have gotten better at treating COVID, the sheer volume of cases means there is more agony on the way, experts say.

“This is going to hurt for a long time,” Landon said.

While Omicron is causing more breakthrough cases even in fully vaccinated and boosted people, those infected persons are much less likely to end up in a hospital bed or worse. About 8 million residents have completed at least their initial vaccine series; 0.024% have died of the virus.

About 74% of the state population have gotten at least one shot, 65% have completed their initial series and 42% are boosted, state data shows.

Roughly 21 Chicagoans are dying of COVID every day, with hospitalizations still rising. About 600,000 people in the city haven’t gotten a shot and haven’t yet been infected, meaning their immune systems aren’t equipped to deal with the virus at all, according to the Chicago Public Health Commissioner Dr. Allison Arwady.

“It’s very dangerous right now, honestly, to not have a vaccine,” she said.

For help finding a shot, or to set up a free in-home vaccination appointment, visit chicago.gov/covidvax or call (312) 746-4835.