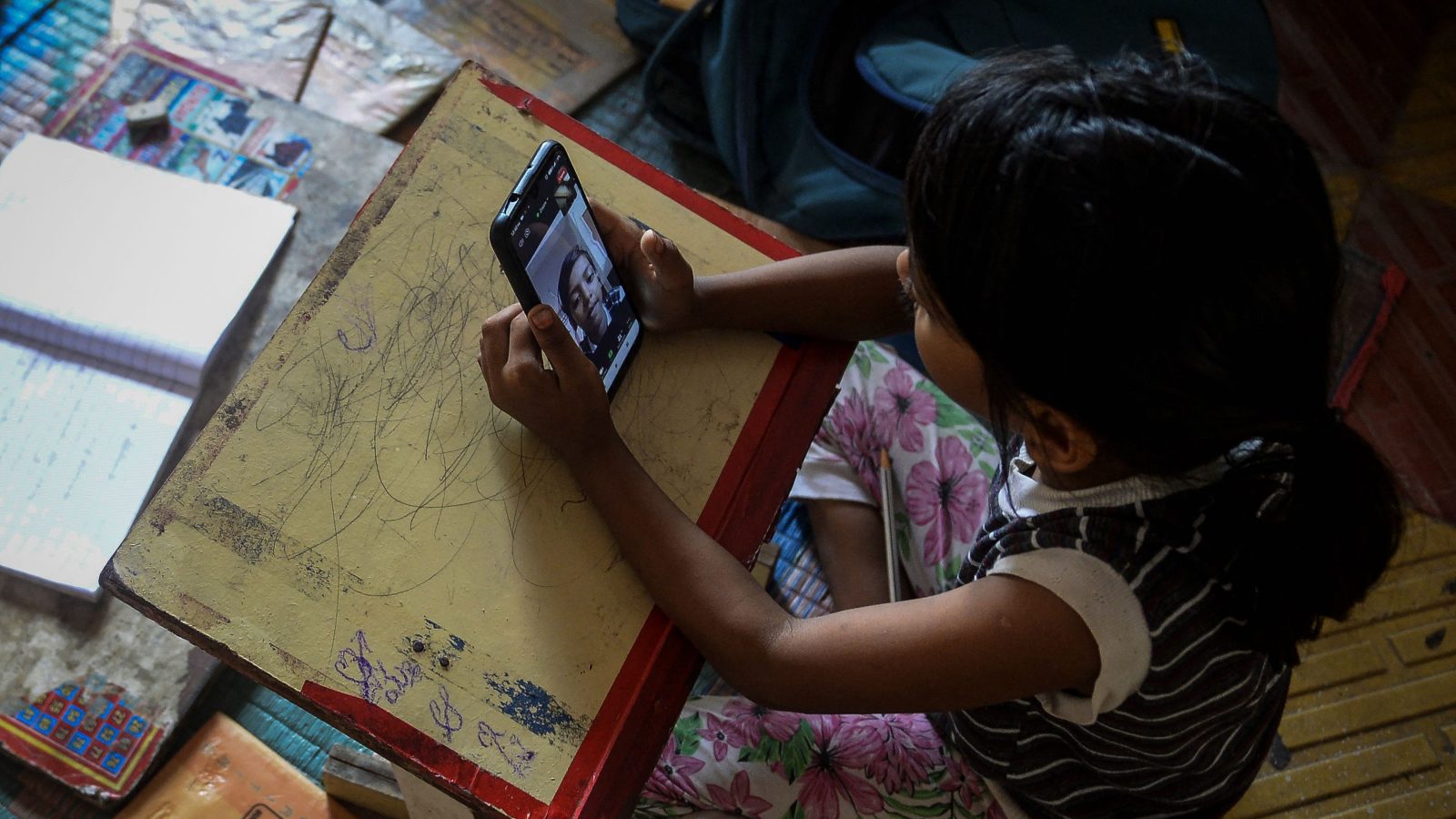 In March, Yashraj Singh Chauhan joined the Indian online test preparation platform Unacademy as an educator on a three-month contract. At the time of joining, the 26-year-old was told that if he met all performance metrics – garnering at at least 1 million views and generating 30% of his base pay from his lessons – he would get an extended contract. Chauhan, who had been coaching students in his native town of Jhansi, in Uttar Pradesh, for four years, asked many of his existing students to sign up for Unacademy. But just two months later, he received an email from Unacademy telling him his services would no longer be required. When he inquired about the reason behind the sudden decision, he was told that he did meet his targets.

Although he was perturbed by the demand for views instead of a focus on students’ performance, Chauhan did what was asked of him. “I was told that my videos need to have at least 1 million views. So I asked my students to revise the subjects on the platform (by watching his videos again), and, within a few days, I had over a million views, ”Chauhan told Rest of World:. But that did not mean anything, as just days later, his students received emails from the company informing them that Chauhan would no longer be their teacher. The company told the students to follow replacement teachers for the remainder of their course.

Chauhan is among the over 1,400 teaching and nonteaching staff who have been laid off by Indian edtech companies since the start of this year. In May, online tutoring platform Vedantu laid off around 425 employees, or 7% of its total workforce. Just weeks later, it had let go of 200 more employees. In February, Lido, which provided online classes to school students, shut down and let go of its 1,200 employees. On May 13, there were news reports of some 800 educators of Byju’s-owned WhiteHat Jr resigning after being asked to resume work from the office within a month, without getting relocating benefits. Responding to an email, a WhiteHatJr spokesperson said, “most of our sales and support employees were asked to report to Gurgaon and Mumbai offices from April 18.” He added that their teachers will continue to work from home. Rest of World: also sent queries to other e-learning platforms that have been mentioned in this report. They have not responded yet.

These developments come after the Indian edtech industry witnessed a dream run, churning out four unicorns in two short years as the Covid-19 pandemic forced schools and colleges to remain shut. In 202o, Unacademy achieved the coveted $ 1 billion valuation, while UpGrad, Vedantu, and Eruditus became unicorns in 2021. India’s first edtech startup, Byju’s, valued at around $ 22 billion, is among the most expensive startups in the country. Inspired by these success stories, a host of new edtech startups have mushroomed in India over the last couple of years, taking the industry’s market size to around $ 2 billion. In 2021, edtech was the third most-funded sector in India, raising over $ 4.7 billion.

The recent layoffs, however, have experts worried that the sector was in a bubble all along, which is finally bursting.

“In the pandemic, this industry saw a boom. But now they have to refocus and change their business model, ”Eldho Mathews, deputy advisor with the unit for international cooperation at the National Institute of Education Planning and Administration (NIEPA), a research-focused university in New Delhi, told Rest of World:. “Edtech industry will grow as a support mechanism. But it cannot be a replacement for classrooms. ” Mathews believes ed-tech startups should have predicted the slowdown after the pandemic dwindled.

Perhaps in anticipation of distress, some edtech companies in the country have been looking to diversify.

Last year, Bengaluru-based Byju’s acquired Aakash Educational Services, a trusted 34-year-old brand that has over 70 physical coaching centers across India and specializes in training for competitive exams. The deal was reportedly valued at around $ 1 billion. On May 18, Unacademy announced its foray into the offline learning space by launching its first coaching center in Kota, a small city in Rajasthan, that is a hub for competitive exam preparation. The company also has plans to set up physical coaching centers in other Indian cities.

Mathews of NIEPA believes that other edtech companies will have to follow suit if they want to survive in the post-pandemic world. “The Indian edtech market is very vast, and, still, there are many large unsolved problems. “Larger startups will keep on expanding their territory, as well as new companies will also emerge,” he said.

Despite this diversification, several edtech startups will struggle to maintain the growth momentum of the last couple of years, said Naveen Jangir, co-founder of HR tech company Incluzon. “As now learners have both the online and offline solutions, growth will get a hit. But in the longer run, both online and offline will go hand in hand, ”he said.

While edtech companies find ways to stay relevant, for teachers and students who had signed up for such platforms, the current shake-up has been hard.

Chauhan, who trains students for entrance exams for banking jobs, a much-coveted career in India, the loss of work has been immensely difficult to deal with. “I had joined the company hoping it would enable me to reach a wider group of students across the country. But now I’m wondering if I should have just focused on my offline coaching classes. ”

For his students, having to learn from a new educator in the middle of their exam preparations has its own challenges. Many of them wrote to Unacademy asking them to reinstate Chauhan, but the company said that it promised to provide only content to the students, not a fixed educator. “When I asked them what if I had a problem with the content or teaching style of the new educator, and they said they would suggest me to take special classes,” Ritu Choudhry, one of Chauhan’s students, told Rest of World:. She had tried these special classes earlier, but they did not add any value to her exam preparation. “They: [Unacademy] don’t care how the change in the educator could affect us, ”she said.

The recent layoffs might just be the beginning of reality settling in for the Indian edtech sector. Jangir of Incluzon warned that the industry could witness further layoffs in the near future. “If investment inflows get hampered due to ongoing international tensions, few cost-cutting measures may come. The organization’s survival always needs to be taken care of, ”Jangir said.

With banking exams expected to be held in August, Chauhan is now focusing on his YouTube channel to help his students. “I took teaching as a profession because I enjoy the success of my students. I want to be of help to them, ”he said. He also said that he does not want to take any job offers this year and instead wants to focus on creating his own app, specifically for those appearing in banking exams. “I have had a bad experience with these large online learning apps. “Since their main goal is to make money, there is no stability, not just for me as a teacher but also for students,” he concluded.