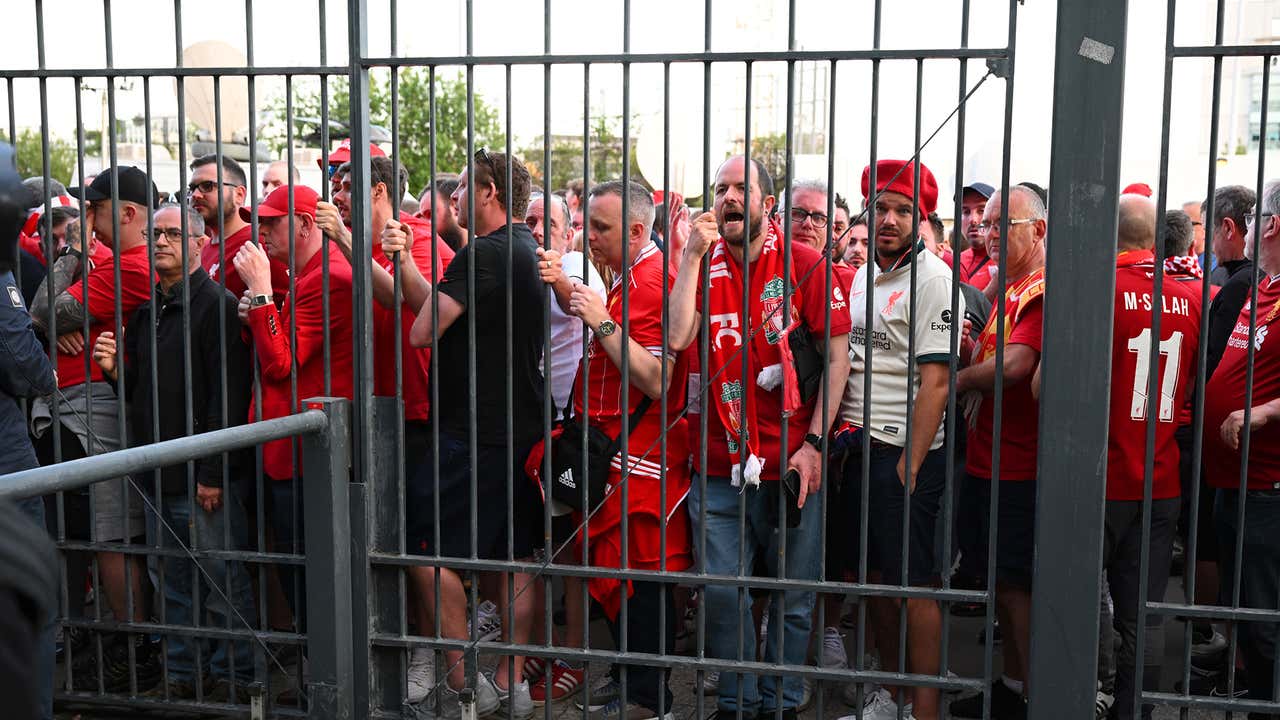 Liverpool chairman Tom Werner has demanded an apology from the sports minister of France, Amelie Oudea-Costera, for his “irresponsible, unprofessional, and wholly disrespectful” comments on the treatment of fans at the Champions League final.

Real Madrid’s 1-0 victory over Liverpool at Stade de France was overshadowed by chaotic scenes outside the stadium as thousands of supporters were denied entry despite having valid tickets.

Others managed to force their way in without a match pass, while police used tear gas and pepper spray on the fans that were left queuing behind the barriers.

UEFA subsequently blamed the use of “fake tickets” as the main cause of the dangerous incident, while the French government has suggested Liverpool fans were the guilty party.

French sports minister Oudea-Costera said on RTL on Monday: “What happened, first of all, was this mass gathering of British supporters of the Liverpool club, without tickets or with fake tickets.

“When there are that many people by the entrance to the stadium, there will be people trying to force their way in through the doors of the Stade de France, and a certain number of youths from the nearby area who were present tried to get in by mixing in with the crowd. “

Liverpool chairman Werner has penned a letter in response to Oudea-Costera, in which he reveals he has been contacted by a “countless” number of fans who were left fearing for their safety on Saturday night.

Werner says the French government is playing a “blame game” and has expressed his hope that an “impartial” investigation will be completed without interference.

“I am writing to you today out of utter disbelief that a minister of the French government, a position of enormous responsibility and influence, could make a series of unproven pronouncements on a matter of such significance before a proper, formal, independent investigation process has even taken place, “his letter begins.

“The events that took place in and around the Stade de France on Saturday night at the UEFA Champions League final were not only incredibly dangerous for all who attended, but raised serious questions about the organization and operation of the event.

“This should be the focus of all interested parties today, rather than pursuing a blame game strategy via press conference. I have received countless emails from Liverpool supporters who were frightened to death, and subject to police harassment, pepper spray and tear gas.

“Moreover, the situation was no better at the end of the evening than at the beginning, with many fans robbed, and attacked by gangs. It was clear that fans were forced to go through a gauntlet, spending more than two hours in queues.

“One person said they were ‘trapped against the gates, nobody was moving, and nobody on the other side of the gates was communicating at all’. These fans were treated like cattle.

“How can loose data and unverified assertions presented this morning be anywhere near factual without a truly independent and transparent investigation with the right stakeholders including our supporters, our club and others taking place.

“Worse still, these assertions undermine the pursuit of truth and transparency which should underpin the motivations of any organization or individual with a desire to ensure such unacceptable scenes are never repeated.”

Werner added: “The fact that your public position went against this objective is a concern in itself. That you did so without any recourse to ourselves or our supporters is an even greater one.

“All voices should count in this process, and they should count equally and fairly. As a club, it was already our strong feeling that any investigation should be impartial, independent, and transparent.

“This view has only intensified as a direct result of your public comments and the impact they have had on a narrative which runs contrary to the experiences of many.

“Your comments were irresponsible, unprofessional, and wholly disrespectful to the thousands of fans harmed physically and emotionally. The UEFA Champions League final should be one of the finest spectacles in world sport, and instead it devolved into one of the worst security collapses in recent memory.

“On behalf of all the fans who experienced this nightmare I demand an apology from you, and assurance that the authorities and UEFA allow an independent and transparent investigation to proceed.”