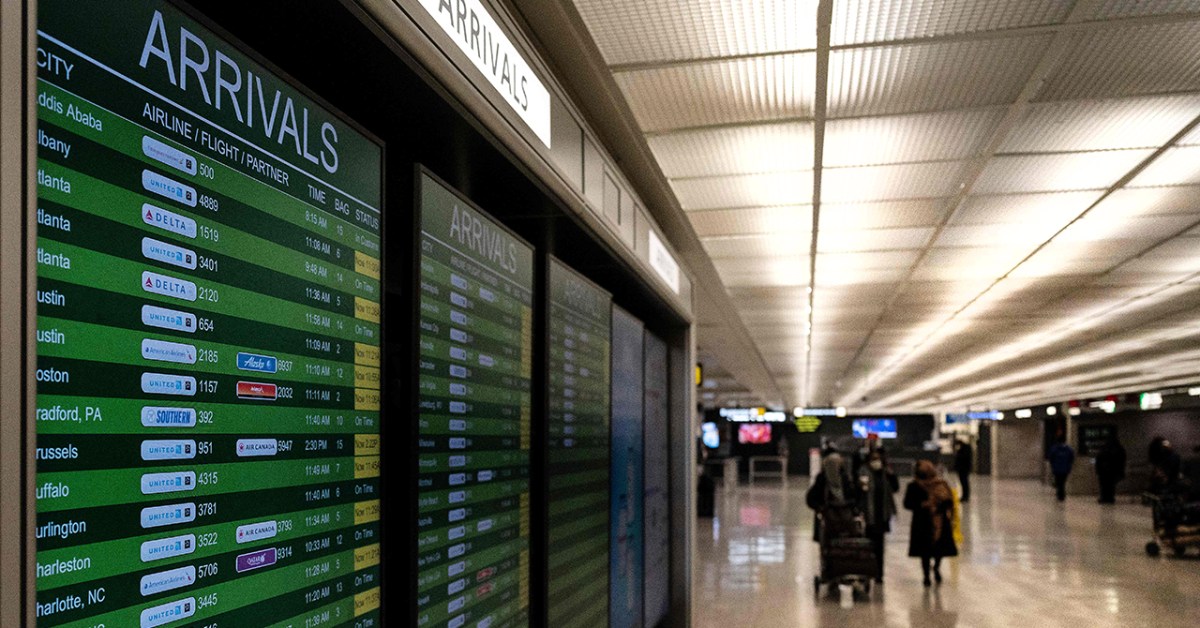 The number of immigrants receiving green cards as new lawful US permanent residents bounced back last year to pre-pandemic levels after plunging during the coronavirus outbreak, according to a new Pew Research Center analysis of recently available government data. Green cards issued to immigrants already in the United States seeking to adjust their temporary status rebounded above pre-pandemic levels, while the number of green cards for new arrivals also grew but did not reach earlier totals.

About 282,000 people received green cards in July-September 2021, the final quarter of the fiscal year, according to quarterly admissions data from the federal Office of Immigration Statistics. That number was higher than in any quarter since April-June 2017, and slightly higher than the quarterly average for the period from October 2015 to March 2020. During the pandemic, new green card issuances fell to a quarterly low of 79,000 in mid-2020 .

Arrivals of foreign tourists, business visitors, guest workers, foreign students and other temporary lawful migrants also rebounded somewhat, according to data for the final quarter of fiscal 2021, which ended Sept. 30. For most part, however, the arrivals of these lawful temporary migrants are still well below their pre-pandemic averages.

This Pew Research Center analysis assesses the impact of the pandemic coronavirus on legal immigration to the United States and how it changed as national and global restrictions eased by the time of the final quarter of fiscal year 2021. To do so, we analyzed data from the federal Office of Immigration Statistics (OIS) in the Department of Homeland Security. OIS compiles data on legal immigration and arrivals of temporary migrants with visas or under visa waiver programs. Numbers are compiled for federal fiscal years, which run from Oct. 1 through Sept. 30.

In the past, the most detailed information was not published for more than a year, in the Yearbook of Immigration Statistics. However, beginning in early 2017, OIS began publishing more timely data in the Legal Immigration and Adjustment of Status Report. The data on lawful permanent residents (LPRs or “green cards”) included in this post is published on a quarterly basis about one month after the end of the quarter.

The OIS report also includes information on “I-94 Nonimmigrant Admissions.” These represent counts of people arriving in the US with temporary visas or under visa waiver programs based on their countries of origin and classes of admission. Note that these are counts of “arrivals,” not individuals, so someone entering the US more than once is counted upon each separate entry. Four major categories account for about 98% of all visa arrivals. They are temporary visitors for pleasure (or “tourists,” representing almost 80% of arrivals), temporary visitors for business (“business,” representing over 10%), temporary workers and their families (“workers,” at about 5%) and students (2%). Data on temporary admissions generally lags green card data by a quarter.

Since fiscal 2017, OIS has issued these reports quarterly with updates at the end of each year. In 2019, an additional report providing quarterly data for 2016 was issued. The reports for 2016-2021 have data for 24 quarters from October-December 2015 through July-September 2021, which are the basis for this report.

Beginning in early 2020, the pandemic coronavirus had a big impact on migration worldwide. The US closed land borders with Canada and Mexico to nonessential travel through late 2021, and air travel between countries was also severely restricted. Three-quarters of US consulates globally, which issue visas, remained closed through June 2021. US Citizenship and Immigration Services, which processes applications for immigrants already in the US, suspended in-person interviews as well as other services during the height of the pandemic . Other countries – both sources of immigrants and transit corridors for them – closed their borders early on in the pandemic, bringing international migration nearly to a halt.

At the low point for visa and legal permanent status issuances at the start of the pandemic – the April-June 2020 period that was the third quarter of the fiscal year – roughly 19,000 green cards were issued to new arrivals to the US, compared with an average of about 134,000 each quarter for the period from October 2015 to March 2020. In the last quarter of fiscal 2021, in June to September of that year, about 105,000 green cards were issued to immigrants newly arriving in the US, or about 78% of the pre-pandemic quarterly average.

The number of green cards granted to immigrants already in the US on temporary visas, called an “status adjustment,” did not fall as steeply. During the 2020 pandemic low point for lawful immigration, about 60,000 green cards were issued to immigrants adjusting their status, compared with a quarterly average of 141,000 for fiscal 2016 onward. By the final quarter of fiscal 2021, roughly 177,000 green cards were issued for status adjustments, more than in any quarter recorded since at least fiscal 2016.

Arrivals of legally admitted temporary migrants, which averaged 19.6 million per quarter from fiscal 2016 through March 2020, dove to about 600,000 during April-June 2020, the third quarter of the fiscal year. That was only 3% of the pre-pandemic average.

About 80% of these arrivals before the pandemic were tourists, and most of the rest were business travelers, temporary workers and their families, and students.

Hardest hit by the border closures were arrivals of tourists, which dropped to only 1% of earlier levels in April-June 2020 – about 185,000 arrivals, compared with a quarterly average of 15.6 million for the period beginning October 2015. These arrivals have since risen considerably, but the latest data (from July to September 2021) shows that quarterly tourism has reached only 22% of the average level of the period from late 2015 until the pandemic hit in March 2020.

In April-June 2020, only about 11,000 foreign students arrived in the United States, representing 4% of average arrivals during similar quarters since 2016. The numbers increased substantially but remained well below pre-pandemic levels until the fourth quarter of 2021, when about 501,000 foreign students arrived in the US, reaching two-thirds (67%) of the average number of fourth-quarter arrivals prior to the pandemic’s start.

The somewhat smaller drop in temporary workers was in large part a function of the continued arrival of agricultural workers (issued H-2A visas) to cross the border to pick crops. In a Federal Register notice, the Department of Homeland Security deemed these jobs “critical to the US public health and safety and economy.” About 100,000 H-2A workers were admitted in April-June 2020, only 4,000 fewer than were admitted in the same quarter the year before and 12% more than the average number admitted for the third quarters of 2016-2019. Excluding H-2A visa arrivals, the number of arrivals of temporary workers during April-June 2020 fell to 14% of pre-pandemic averages.

D’Vera Cohn is a senior writer / editor focusing on immigration and demographics at Pew Research Center.