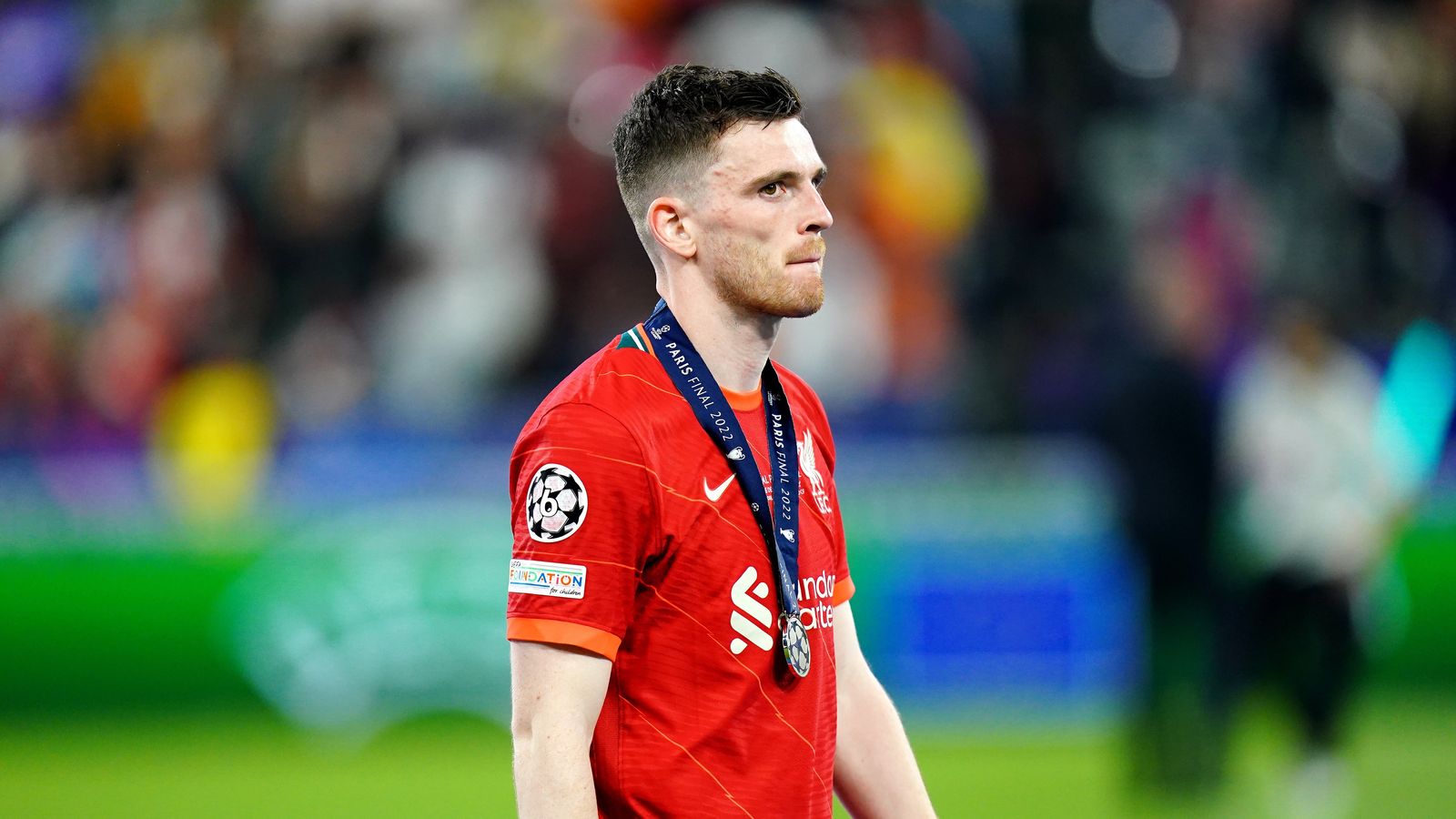 “In the end it is all measured by the color of the medal you get after the game.” That was Jurgen Klopp’s perspective on Liverpool’s season when asked about it on Friday. Rarely can that ever have felt as cruel as it did in Paris the very next evening.

This was a season that might have delivered four trophies – an historic quadruple to echo down the ages. With less than two hours of an epic campaign left to play, it briefly looked likely. Instead, Liverpool are left to console themselves with two domestic cups.

The Premier League title would have been a bonus given the lead that Manchester City had built up, but Liverpool readied themselves for this Champions League final in expectation. There was a conviction among players and supporters that they were the better team.

Klopp acknowledged Madrid’s experience, of course. But he did not want to embrace the underdog tag. He wanted to believe that if his team played their own game they could beat anyone. Twenty-three shots rained in on Thibaut Courtois’ goal. None beat him.

The problem for Liverpool in the Premier League is that Manchester City have taken relentlessness to new levels. The difficulty in the Stade de France was that the mentality monsters met their match – a Real Madrid with reasons to believe of their own.

Two powerhouses. That is how Trent Alexander-Arnold had described this meeting. But Real Madrid knew better than to engage in a test of strength. Instead, they waited, never seeming to doubt that the chances would come. Others would not have kept so calm.

Not when the first nine shots were all by Liverpool, the first touch in the box did not come for half an hour. Not when Mohamed Salah had three times as many chances as their entire team combined and Courtois was being forced into the spectacular. Madrid still did.

The question that will be asked is what more Liverpool could have done?

Was this a failing of Klopp’s team?

“When you lose, you have to think you can do better,” he said afterwards, pointing to the crosses that quite literally played into the hands of Courtois. “In the last third, we could have done better.” When their goalkeeper is man of the match it is rarely good news.

Salah, after talking of his desire for revenge, might wonder how he failed to make Madrid pay. Trent Alexander-Arnold, having been asked beforehand about the threat of Vinicius Junior, will reflect on how he allowed him the space to score from such a close range.

And there will be talk too of how this normally free-flowing team, one capable of caring through an opponent in minutes when the going is good, have contrived to be blunted in three consecutive finals this season – playing five and a half hours without scoring . 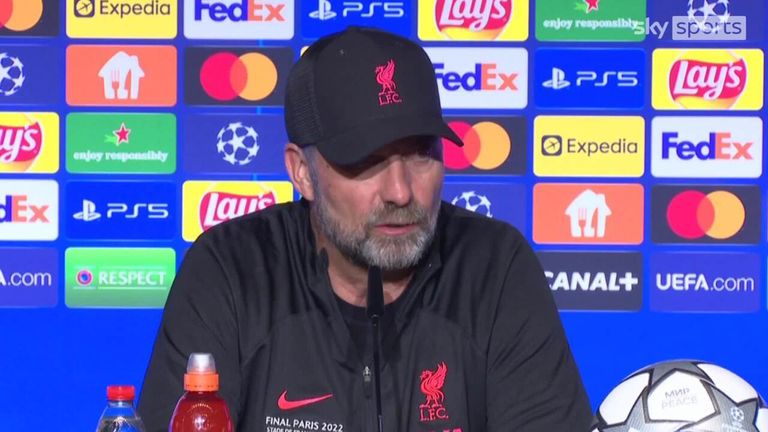 “It’s just a normal football result,” Klopp said. “They scored a goal, we didn’t. That’s the easiest explanation in the world of football.” Perhaps it is that simple. Prosaic as it might seem, maybe supporters and critics alike must accept that this was just not their night.

The signs of that were there early on, a sense of foreboding.

Liverpool expected resolve from Real Madrid. But this was an occasion that threw more at them and their supporters than that. There was chaos outside the ground, complications on the pitch. Even the team bus arrived late, navigating its way through the crowds.

And then, another concern. Thiago uncomfortable in the warm-up, away from the group. A disruption on a day when minds must be focused, when everyone wants to trust in the plan. Naby Keita now looked likely to be called upon, but Thiago just about made it.

That became apparent only after a delayed kick-off. The Liverpool players just had to glance up to the stands in either of their two warm-ups to appreciate that it was their own supporters enduring the difficulties. Another issue, another distraction.

“I know the families had real problems getting into the stadium,” Klopp said.

The next plan would have been to start quickly, perhaps knowing that Thiago would not be on the pitch at the end. Score early. Rush Madrid. Jordan Henderson was conspicuous in his attempts to do so in the opening minutes. Ibrahima Konate asserted himself well.

But the goal did not come. Not even when Thiago threaded one of those passes through that only he can spot let alone execute. Sadio Mane twisted and he turned, maneuvering the space and firing low towards the corner. Courtois saved. Madrid stood firm.

This is what they do. This was their plan, the game going their way.

“I saw us doing some very good things,” maintained Klopp.

He was talking about the performance but that might just work as an understated reflection of Liverpool’s season. It helps to explain why there will be frustration not to have more trophies to show for the past year but no anger at the players or the coach.

When the team has had time to process that, he expects the mood to improve. “I told the boys that I feel the pride already but I was the only one in the dressing room at that moment,” Klopp said. That comment preceded a defiant message about his team.

“These boys played an outstanding season,” he said, each word given extra emphasis. “The two competitions we couldn’t win, we didn’t win for the smallest possible margin. City were one point better, Madrid were one goal better. That says nothing about us.

“We will go again, definitely.

“And tomorrow we will celebrate the season. After a night’s sleep and maybe another speech from me, the boys will realize how special it is what they did. Even if nobody on this planet would understand why we are having a parade tomorrow, we will still do it. “

Their own fans came to Paris by plane, by train and by automobile. Even by speedboat. They came. And many will be there in Liverpool. This team – Jurgen Klopp’s team – inspires that kind of devotion.

In that sense, the verdict on their season is already in.