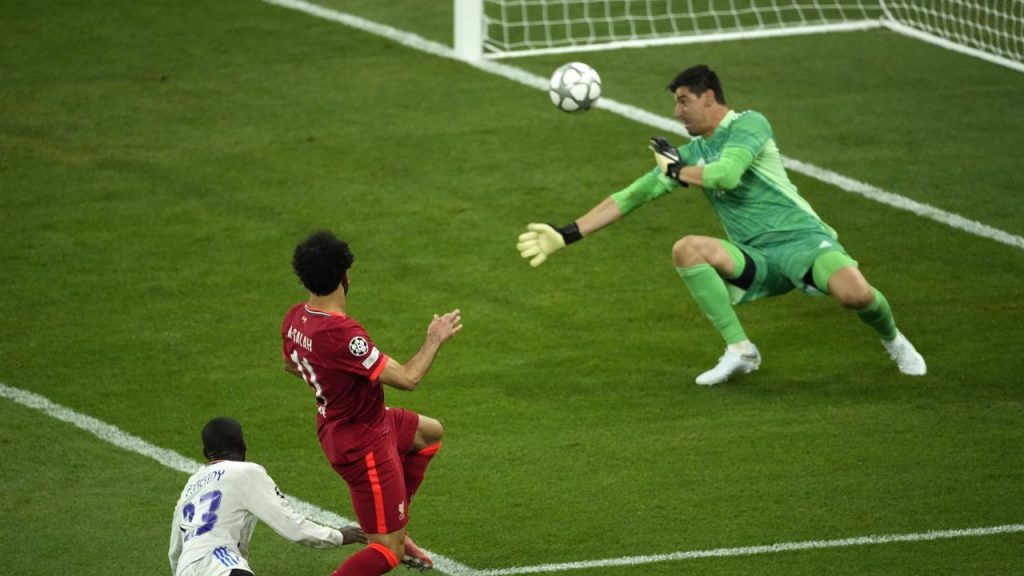 Real Madrid defeated Liverpool 1-0 Saturday in the UEFA Champions League final in Paris, marking the 14th European title for the Spanish club, double the amount of any other soccer team.

Liverpool was chasing an unprecedented “quadruple” but fell just of the two biggest trophies, the Champions League and Premier League, where the Reds finished a single point behind Manchester City. Liverpool did win the FA Cup and Carabao Cup, both open UK club competitions, during the 2021-22 season.

The strong season for Liverpool is another step forward for its parent company, Fenway Sports Group, which has amassed sports assets worth more than $ 10 billion. And FSG is set to grow further over the next decade, as it looks to acquire an NBA team and launch a massive real estate development around Fenway Park.

“[Fenway 3.0] is going to be about tripling down on new and different teams, leagues, revenues, maybe here in North America, maybe abroad, ”Sam Kennedy, Boston Red Sox CEO and Fenway Sports Management president, said at a 2021 Sportico event. “I think we’ll see more of the same, which is a commitment to blue-chip properties and getting blue-chip management to come in and operate as we go forward.”

FSG was born 20 years ago when John Henry led an investor group that paid $ 700 million for the Red Sox and 80% of the regional sports network, NESN, more than twice the previous record for an MLB sale, which had been $ 323 million for Cleveland in 2002

The acquisition set off a chain reaction of further investments in sports. In 2004, Fenway Group created a marketing arm, FSM. A year later, it acquired the first of six real estate plots around Fenway Park and established FSG Real Estate. NASCAR was next, with a 50% stake in Roush Racing in 2007. Fenway 2.0 kicked off in 2010 when the company went global through its Liverpool purchase for £ 300 million ($ 476 million at then exchange rates). The conglomerate’s most recent acquisition was the NHL’s Pittsburgh Penguins for roughly $ 900 million in late 2021.

The Red Sox and Reds both rebounded from long championship voids. In 2004, the Sox won the first of four World Series trophies under FSG and ended an epic 86-year title drought. In 2020, Liverpool won its first league title in thirty years; it had captured a then-record 18 during the previous nine decades. The club won its sixth Champions League in 2019, tied for third-most all time.

The on-field success fueled surges in FSG revenue and team valuations. Sportico valued the Red Sox, including NESN and real estate, at $ 5.07 billion in April, second in MLB, behind only the New York Yankees. Liverpool ranked second in Sportico‘s 2021 Premier League valuations at $ 4.1 billion.

Kennedy said that the RedBird Funding “super-sized our ambitions.” FSG has made clear to NBA commissioner Adam Silver that it would like to explore opportunities with his league. “We are a huge admirer of the National Basketball Association,” Kennedy said. “It represents a natural place for the Fenway Sports Group to look.”

Kennedy sat down with Sportico last year, as Marc Lore and Alex Rodriguez were closing their agreement to buy the Minnesota Timberwolves; A-Rod also joined the discussion. “As usual Alex beat us to the punch,” Kennedy joked. “We were all set post-Redbird closing to pivot quickly to the NBA and try and get in, but Alex had it all tied up.” There are no NBA teams currently on the market.

FSG is moving forward with significant development of the area around Fenway Park. The MGM Music Hall replaced a decades-old parking lot just beyond Fenway’s bleachers. The 5,000-seat venue is a joint venture with Live Nation. It is set to open in August and has lined up a fall roster of shows that includes Bruno Mars, Lady A, Jack Harlow and Arcade Fire.

The larger real estate project outside Fenway is a joint venture with WS Development and the D’Angelo family. It will cover up to 2 million square feet of commercial, residential and retail use. The plans include 200 new homes and more than 40 new retail locations. The project is expected to take five to seven years to complete and kick off in 2023.

“It’s really important that we make Fenway this 365-day-a-year neighborhood and venue for live entertainment — not just for baseball,” Kennedy said.

Fenway 1.0 was focused on Boston; Fenway 2.0 took the company international; and now 3.0 is looking for new opportunities in sports and entertainment, like the Penguins, while expanding its real estate footprint in Boston.

“[FSG] is a platform company. We have media, we have real estate, we have team ownership, sales and marketing agency, and that really fortifies the business in many ways, ”Kennedy said, even as he made clear the foundation of the business. “Everything is rooted in that live content still remains king. We remain incredibly bullish on the value of all live sports rights. ”

(This story has updated the headline and details of the FA Cup and Carabao Cup in the second paragraph.)