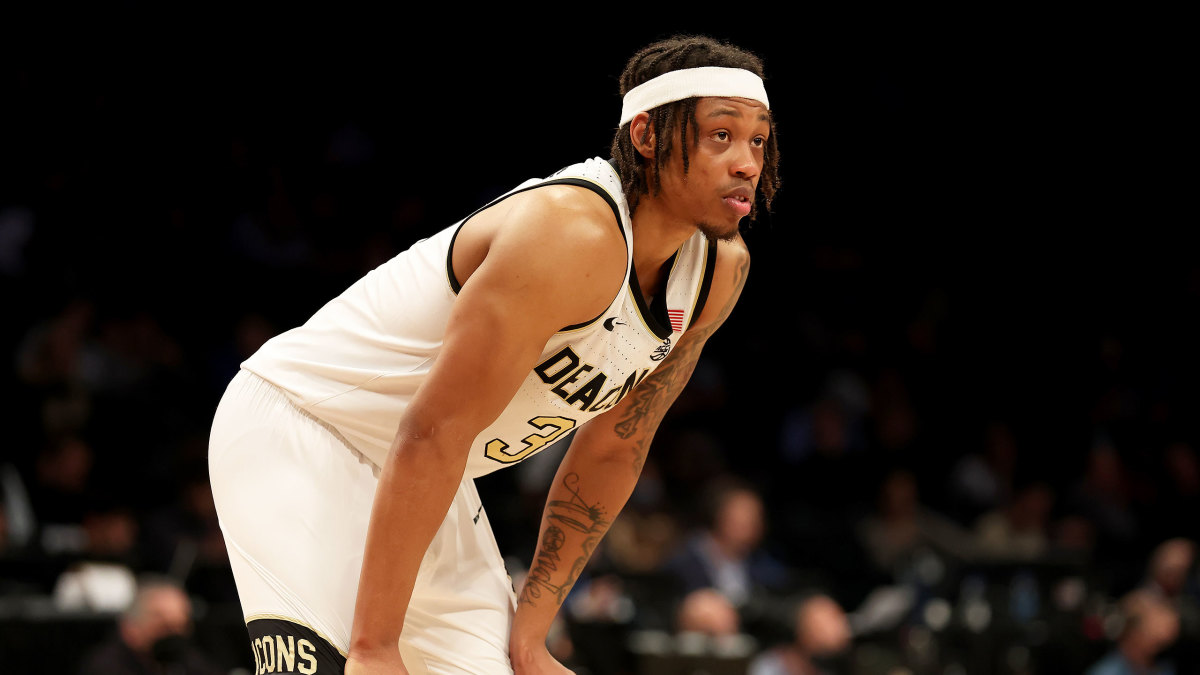 Welcome back to Sports Illustrated‘s Bracket Watch! With less than a week to go until Selection Sunday, we’ll be constantly updating this page as things change during conference tournaments. With plenty of automatic bids to be handed out and teams on the bubble fighting for their seasons, expect regular updates to the men’s field of 68 and notes from SI Bracket expert Kevin Sweeney on the most important happenings related to the Big Dance.

Wednesday’s autobids to be awarded:

Neither was a flashy game, but weekend wins by Wyoming and Xavier kept each club in the field after recent rough patches. Xavier especially would be advised to win its first conference tournament game, but each team now has a bit more breathing room than it woke up with on Saturday morning.

The first two teams out of our field are the Big Ten’s Rutgers and Indiana. A significant percentage of the projected brackets submitted to the Bracket Matrix have Rutgers in the field, but the Scarlet Knights’ historically bad quality metrics compared to the bubble and horrendous early-season loss to Lafayette have them out for me. Another Quad 1 win at the Big Ten tournament could sway me, though, as at some point the Knights’ good wins might be too good to leave out.

Duke’s weekend loss to North Carolina drops the Blue Devils to the No. 3 line entering Champ Week. As things stand Tuesday, they’re our top No. 3 seed and No. 9 overall on the seed list. The Blue Devils may need to win the ACC tournament to climb back onto the No. 2 line — though the team’s two elite neutral-court wins over Gonzaga and Kentucky should keep them in the conversation even if they don’t take home the trophy in Brooklyn this week.

The team that jumped the Blue Devils is Villanova, which earns the last No. 2 seed heading into the Big East tournament. The Wildcats’ seven Q1 wins were a big factor in the move, though it remains a very tight race for the final two no. 2 seeds. Villanova will almost certainly earn a No. 2 if it can win the Big East tournament — if not, it will probably be up to what happens to the other teams also competing for that spot.

One team to watch on Selection Sunday is Colorado State, which quietly has a remarkably impressive summary. The Rams are 5–2 vs. Q1 and 12–3 overall vs. the top two quadrants. Results-based metrics like the KPI (No. 16) and strength of record (No. 27) love the Rams, and a nonconference win over Saint Mary’s is huge. CSU is currently on SI’s No. 6 line, but a No. 5 seed is not out of the question.

North Carolina’s huge road win at Duke ended all debate about the Heels’ bubble status. It’s now a question of when UNC will hear its name called, not if it will be dancing. Carolina already had strong metrics but was lacking a signature win. Now, its summary stands out clearly above other bubble teams. Even a loss in the ACC tournament quarterfinals would not be enough to knock the Heels down much, and a deep run in the tournament could see them earn the chance to wear home colors in the first round of the dance.

It could be a big week for Kentucky, which has the most to gain among teams on the top two seed lines. A No. 1 seed is still on the table for the Wildcats if they can win the SEC tournament. Kentucky is just 1-3 against the other three elite teams in the SEC this season, but adding two more wins against that group would likely vault it onto the No. 1 line when factored in with the Wildcats’ impressive quality metrics.

Now that it’s locked in its bid by winning the MVC tournament, Loyola Chicago will be in prime position to make a run in the Big Dance thanks to its seeding. The Ramblers are likely looking at a No. 10 seed thanks to strong quality metrics and a great neutral-court win over San Francisco. They could potentially climb to the No. 9 line depending on results around them.

Auburn is the most vulnerable no. 1 seed heading into conference tournament week. With eight Quad 1 wins and no losses outside Q1, the Tigers have a résumé worthy of a top spot right now. But should they slip up in the SEC tournament, the door will be open for others to swipe it. The top contenders: Kansas, should it win the Big 12, or Kentucky, if it can knock off Auburn to win the SEC title.

Michigan isn’t quite a lock, but the Wolverines took a huge step toward getting into the field with their win over Ohio State in Columbus over the weekend. A win over Indiana in the Big Ten tournament Thursday would cement the Wolverines’ place in the field, but even a loss likely wouldn’t knock them out unless the bubble shrinks due to a bid-stealer scenario.