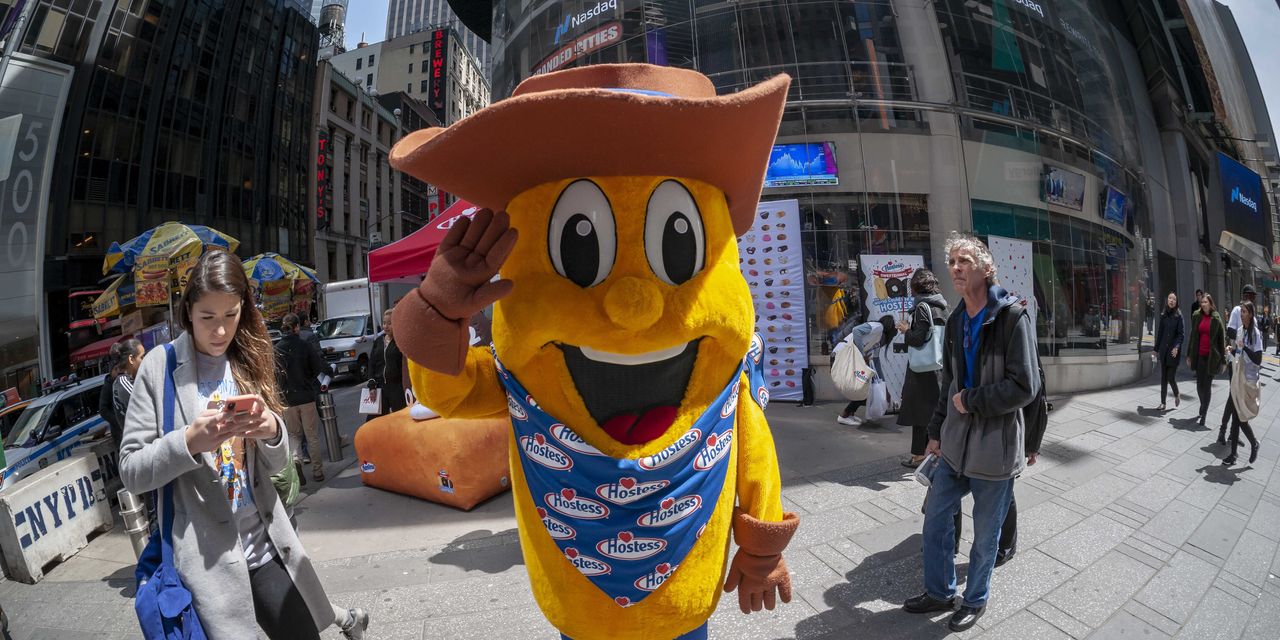 More marketers are saying they will pare back or wind down completely their advertising to children, as they try to stay in the good graces of parents and regulators.

The 20 companies that comprised the Children’s Food and Beverage Advertising Initiative early in May agreed to advertise only foods or beverages that meet certain nutritional criteria to children under age 13, raising their voluntary threshold by one year.

Those members include Twinkies maker

which joined in April as it began to focus on the so-called millennial generation of consumers in their 20s and 30s. In particular, Hostess will be “more mindful” of how it employs its anthropomorphized Twinkie the Kid mascot moving forward, a spokeswoman said.

PLC said that beginning next year it will not only stop marketing food and beverages to children under 16, but it will stop using influencers, celebrities and social-media stars who primarily appeal to that age group.

CMO Today delivers the most important news of the day for media and marketing professionals.

Unilever, which will reallocate that marketing spend rather than cut it, said it is committed to touting its treats responsibly.

“That means we need to recognize the power of social media and influencer marketing on children’s choices—and address it,” said Matt Close, Unilever’s president of ice cream.

In part, marketers are responding to the proliferation of digital devices, which give parents and guardians less control over the media and ads their children see than they had in the days of traditional television, said Bob Liodice, chief executive officer of the Association of National advertisers.

“What you’re now starting to see is marketers stepping up to the plate and saying, ‘We know we can’t control everything, but we are going to do our very best to go above and beyond to be responsible marketers’,” he said. “If brands do not appear responsible, consumers will walk away.”

At the same time, regulators including the Federal Trade Commission are taking a hard look at existing rules on children’s advertising in the era of influencer marketing and online targeting by age.

But long before the age of digital immersion, advertising to children was a subject of contention.

In 2004, a study concluded that advertising contributed to childhood obesity, and legislators proposed regulating it. By 2006, 10 major marketers—

and Kraft Foods among them—had promised to tighten their voluntary restrictions on pitching to children under 12 in a pledge that would become the Children’s Food and Beverage Advertising Initiative.

“Companies are seeing a benefit in positioning themselves as companies that do not market to kids, or do not market their most harmful products to kids.”

Some consumer groups protested that the initiative didn’t go far enough—and say the same now. Josh Golin, executive director of the nonprofit Fairplay, which aims to eradicate marketing to children, said companies can exploit loopholes in self-regulations that are too lax to begin with.

“Companies are seeing a benefit in positioning themselves as companies that do not market to kids, or do not market their most harmful products to kids,” he said.

The shift comes as changes in ad-sellers’ policies are also making it harder for brands to target children.

said it will not be showing preschoolers ads on the coming ad-supported version of its Disney+ service, regardless what content they watch, or collect data on individual children for targeting purposes.

Google said it would stop offering ad-targeting services based on the age, gender or interests of users under 18.

parent Meta Platforms Inc. similarly said it would stop letting advertisers target people under 18 on its platforms based on their interests and their activity on other sites.

In the UK, the regulating Advertising Standards Authority has been laying down new rules on how and whether companies in certain industries can target children with advertising.

For instance, just last week cosmetic-surgery ads that target minors were banned. In October, a prohibition on gambling ads that appeal strongly to people under 18 will expand to ban those ads from using star athletes, influencers and other celebrities popular with children. And ads for foods and drinks deemed unhealthy will be banned on TV and streaming video before 9 pm, and online at any time, starting in 2024.

In the US, the FTC plans to research children’s ability to distinguish between ads and other content, and the need for and effectiveness of disclosures to children.

Still, advertisers would still prefer to set their own policies, according to the Association of National Advertisers’ Mr. Liodice. Marketers are better attuned to what responsible advertising means today than they were in the past, he said.

“They have learned that greater care must be taken with children,” he said.