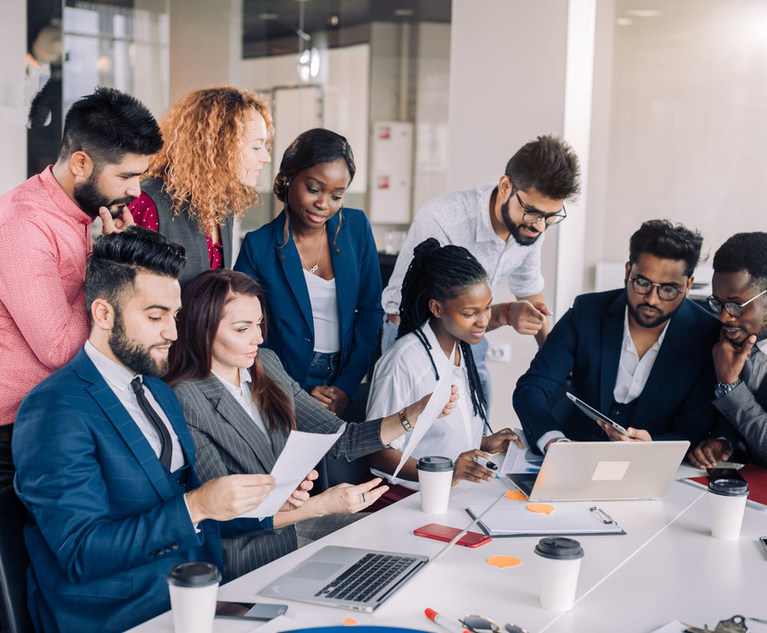 In 2021, a year defined by a historic talent war, brutal billable hours and deal flow that caused some firms to turn away work, Big Law resolved to staff up aggressively to replenish its attorney ranks.

In the fall, a National Association for Legal Placement (NALP) survey reported that summer 2022 offers were up by 31% compared with summer 2021, with 73% of firms making more offers in 2022 than the former year.

A recent American Lawyer review of 2022 class sizes found the same behavior: The average class grew by 26% in a group of 10 Am Law 100 firms that responded to class size inquiries. The biggest firms were more aggressive, with Kirkland & Ellis taking in more than 500 summers globally and Latham & Watkins hosting 304 in the US, London, and Singapore.

However, a potential recession now looms over the first week of the summer programs, which broke records for firms such as Dechert and McDermott Will & Emery.

Asked whether a recession could spoil firms’ long-term growth plans or make it difficult to justify the extra bodies, law firm consultants said most firms will look to replenish their ranks at all costs. While the future need for legal talent is all but guaranteed, a recession isn’t. And if firms end up feeling the squeeze, they can thin their ranks accordingly.

It also shows that law firms are guarding against high attrition rates, Aon Law Firm Advisory Team managing director George Wolf said in a recent interview. The attrition rate for Am Law 200 attorneys hired in 2019 is 49%, according to Leopard Solutions founder and CEO Laura Leopard. At that rate, half of this year’s summers will be gone by 2025, just as they begin to generate a profit.

Leopard’s data also contextualizes the hiring frenzy that led up to these class sizes. Lateral hiring and new lawyer hiring doubled in the Am Law 200 last year, with more than 14,000 lawyers changing firms and 9,286 attorneys beginning their careers in Big Law.

“Part of the reason for the sky-high attrition was overwork, certainly at the elite firms in the corporate, transactional, and private equity arenas,” said Bruce MacEwen, president of legal consultancy Adam Smith, Esq. “So you just increase your capacity to cut down on attrition caused by overwork.”

Should a firm reach overcapacity in a weak legal market while it develops its large junior classes, it may deploy lessons in the layoffs of 2008 and 2009. “Deciding to lay a lot of people off at once was not a good thing,” MacEwen continued. “They can just do stealth, rolling layoffs, with three lawyers here, five lawyers there.”

The hiring decisions of firms in a sliding economy may also indicate their confidence in their ability to perform in a bear market. According to Zimmermann, a recession would unleash 20 years of private equity dry powder, amounting to more than a trillion dollars, which would sustain the largest firms for some time.

“That will be deployed into the market, and a large group of firms will feast on those deals as they happen,” Zimmermann said. “It takes tax lawyers and regulatory lawyers and IP lawyers to handle those deals, and after they happen there will be disputes and litigators will handle those, and the virtuous cycle will go on as it has for a long time.”

The large class sizes may also be culture-driven, giving firm leaders a good reason to bring lawyers back to the office and a chance to remind everyone what makes their firm great. That includes the summers, who are getting Broadway tickets and access to events like the NBA Draft at some firms.

“The arrival of the summer associates in a big firm is an event that highlights the cultural life of a firm,” said Vertex Advisors founder Robert Kamins. “As firms try to reinvigorate that culture, the arrival of more summers than they’ve had in the past is a good cultural shot.”