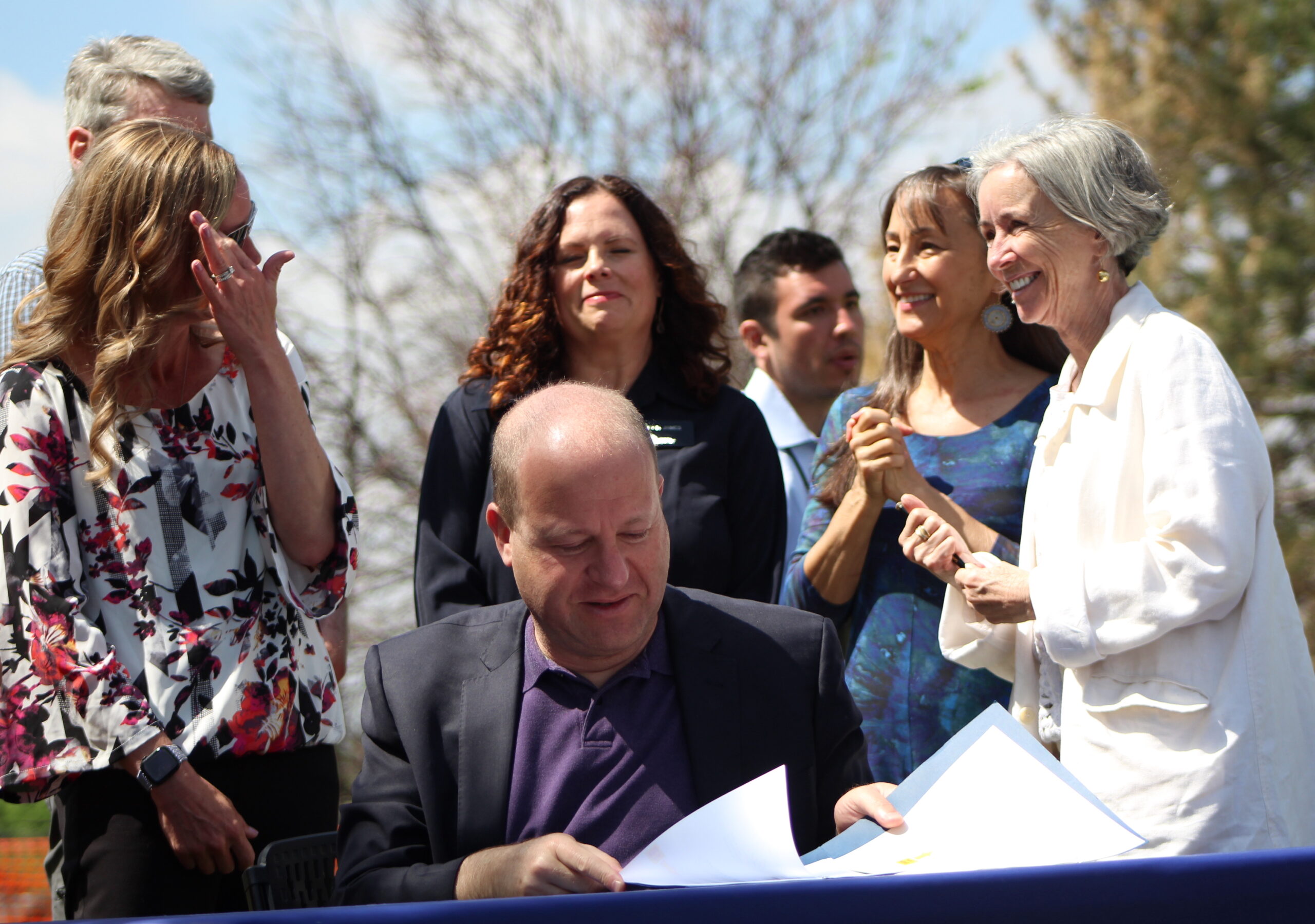 Coloradans who lose their homes in a wildfire could see their insurance claims paid out more speedily under a bill that Gov. Jared Polis signed into law Thursday.

House Bill 22-1111 applies to owner-occupied properties lost in declared fire disasters, like the Marshall Fire that destroyed more than 1,000 structures in Boulder County in December of last year. While the new law does not affect people who’ve already received insurance payouts for lost homes, its sponsors – Democratic state Rep. Judy Amabile of Boulder, Republican Sen. Bob Rankin of Carbondale and Senate President Steve Fenberg, a Boulder Democrat – were moved to act in part by the mass destruction of the Marshall Fire and East Troublesome Fire of October 2020. Amid drought and extreme heat caused by climate change, wildfires are likely to increase in severity and frequency.

Under a 2013 state law, insurance companies must immediately pay disaster disaster victims 30% of the value of their lost contents after a total loss. HB-1111 requires insurers to pay disaster victims at least 65% of their lost home’s covered contents, within 30 days and before receiving an inventory. The introduced bill would have required initial payouts to total 80% of the value of lost contents, but the bill was amended early in the process to decrease that percentage.

GET THE MORNING HEADLINES DELIVERED TO YOUR INBOX

Other provisions of HB-1111 help streamline the process of filing claims after natural disasters. After a renter or homeowner who loses possessions in a wildfire or other declared disaster submits an inventory of lost contents, the new law requires insurers to request any additional information within 30 days, and to pay out claims for undisputed, insured items within 30 days of receiving the inventory. Insurers must reimburse their policyholders for the cost of privately contracted debris removal services within 60 days of receiving a receipt.

The state House of Representatives voted 54-10 on April 22 to pass HB-1111, with majorities of both Democratic and Republican lawmakers voting “yes,” though the 10 no votes all came from Republicans.

In the Senate, the vote was 29-5 on April 20. The “no” votes belonged to GOP Sens. John Cooke of Greeley, Chris Holbert of Douglas County, Larry Liston of Colorado Springs, Paul Lundeen of Monument and Jim Smallwood of Parker.

“Coloradans who’ve lost everything in a wildfire should receive the insurance payouts they are owed,” Amabile said in a written statement after the bill passed the House in April. “This bill cuts the red tape for Coloradans displaced by wildfire, so they can file and receive insurance claims faster.”

At the bill signing, Amabile stressed that lawmakers’ work on the issue remains unfinished. Policy makers still need to tackle the widespread problem of people being under-insured, meaning their insurance policies don’t fully protect their property, she said. Part of another new law, Senate Bill 22-206requires the state commissioner of insurance to study ways the state could address the stability, availability and affordability of homeowners insurance.

Police signed SB-206 into law on May 17. Sponsored by Amabile and Fenberg, the law creates the Disaster Resilience Rebuilding Program to provide loans and grants to homeowners, landlords, businesses, local governments and other organizations working to rebuild after a natural disaster.

The governor added his signature to HB-1111 and several other pieces of legislation during a Thursday ceremony at the Louisville Arboretum, with damage from the Marshall Fire still visible in the background. The other Polis bills signed were: