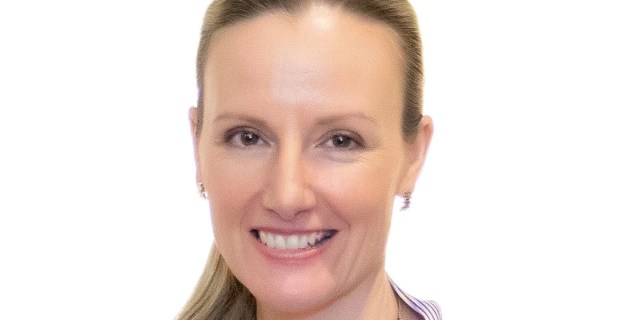 Workwear Group head of marketing Vanessa Marven details the changes the business made to its marketing strategy for NNT Uniforms.

Workwear Group is Australia’s largest provider of uniforms and workwear.

The company manufactures and distributes apparel to clients across a broad range of industries.

Under the ownership of Wesfarmers (ASX top 20), Workwear Group is home to heritage brands Hard Yakka and King Gee as well as NNT, the group’s healthcare and corporate uniform brand.

NNT has been dressing Australia’s nurses, midwives, allied health professionals and those in the corporate sector since 1962.

The brand includes a broad range of apparel from medical scrubs to casual suiting, shirts, dresses, knitwear and more and sells through a B2C site as well as to major accounts.

NNT has been a well performing brand for Workwear Group, with year on year growth and strong market share. Despite its successful sales and longevity in the Australian market, the brand lacked a clear identity, image and purpose.

With new uniform brands entering the market, existing brands expanding their range to include workwear and challenger brands appearing, market share was likely to come under threat in the near future.

Workwear Group engaged Brand Council to begin on a brand research project with the objective of gaining a deeper understanding of the NNT brand, customer and market opportunity.

The ultimate outcome was to reposition the brand and establish a strategy to drive growth, attracting new, high value customers, retain existing customers and to claim clear ownership of the uniform sector, particularly healthcare.

The research consisted of focus groups with nurses and healthcare professionals, as well as the uniform purchasers and procurement managers for hospitals and healthcare settings who are making uniform decisions for large scale workforces.

The findings confirmed perceptions that brand awareness for NNT was low and any brand associations that did exist were primarily around the product quality, which was positive, but participants couldn’t name any other brand attributes or values. NNT was thought of at a product level only, not as a brand.

The lightbulb moment in the research came when it was apparent that there was no stand out uniform or apparel brand leader in the healthcare sector, presenting a huge opportunity to really claim ownership.

From a marketing perspective, participants felt misunderstood by how uniform manufacturers were representing them in imagery and advertising campaigns.

Nurses in particular stressed the level of skill involved in the job, as well as the toll that it takes, describing shifts as often a balance of physical resilience, mental endurance and compassion.

Static images of models posing as nurses, smiling in a photo studio were unrealistic and existing imagery was lacking in the cultural and age diversity that is represented in the sector.

A new brand positioning was developed, based on the defined brand purpose and values, called ‘Fit for the Frontline’ which aimed to position NNT as the only brand worthy and capable of supporting the critical work of frontline workers; be it in healthcare or any frontline setting.

The launch campaign needed both a performance component to drive traffic to the B2C site as well as above the line to generate that much needed brand awareness.

Digital media accounted for approximately 35% of the campaign budget, while outdoor was around 45%.

The remaining budget was allocated to trade press, partnerships and PR.

A selection of healthcare influencers, efficiently nurses, mid wives and doctors were engaged, which helped extend the digital reach across social channels and generate positive word of mouth – identified through the research as being highly relevant for this sector.

The results of the campaign have been very positive.

Launch month saw NNT website sales up almost 30% on budget and that trend has continued with the website consistently performing above all KPI’s including traffic, conversion and units sold, month-on-month.

The B2B customer base is also growing, with the acquisition of new customers and retention of existing customers on target, ensuring the brand is well placed for future growth.