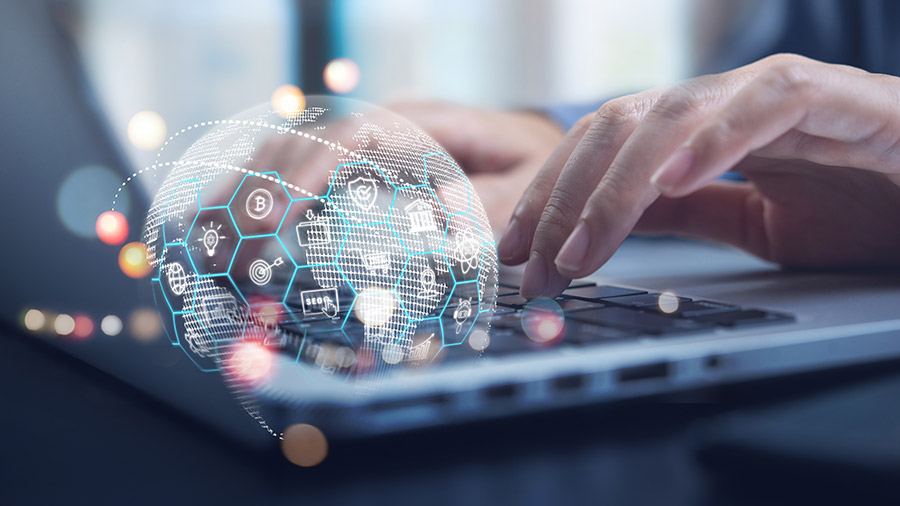 Indonesia’s Internet of Things market (IoT) is expected to reach US $ 30 billion by 2022, and the sector’s impact will be significant in reducing healthcare costs, enhancing industrial productivity, and reducing operational costs for businesses. The real potential of IoTs will be applying the technology to sectors that contribute to 50 percent of Indonesia’s economy, such as the manufacturing sector, agriculture, and natural resources.

IoT is slowly being implemented across more sub-sectors of Indonesia’s manufacturing landscape, transforming the traditional linear supply chains into interconnected digital systems that improve efficiency. The government aims to shift the country manufacturing capabilities to more high-value and complex products with IoT at the heart of this transformation.

This will be vital if Indonesia is to propel itself into a top 10 world economy by 2030. According to General Electric, the country’s manufacturing sector alone is performing at 30 to 35 percent with the government aiming to increase the sector’s contribution to GDP from 20 percent to 25 percent by 2025.

The integration of information and communication technology (ICT) into healthcare will also accelerate the sector’s reforms. Healthcare apps are seeing huge increases in active users during the pandemic and could transform the way hospitals and doctors collect, store, and share patient data.

Indonesian-based healthcare app Alodokter recorded more than 30 million active at the height of the pandemic in the country (one and a half times higher than pre-COVID-19 traffic). Such apps have helped reduce the burden on clinics and hospitals and are becoming increasingly important in a country where there are only 0.4 doctors per 1,000 population and 300,000 hospital beds. There is a huge demand in all aspects of healthcare in Indonesia – from pharmaceuticals to medical devices – due to the introduction of universal healthcare in 2014, considered the world largest, covering over 200 million people.

Healthcare apps have also partnered with ride-hailing apps, such as Gojek and Grab, to assist in the delivery of prescription medicine, and app customers can pay out of pocket, through the app’s own insurance program, or through private insurance from other partner companies .

The onset of COVID-19 accelerated the adoption of educational technology (edtech) in Indonesia’s education sector. Over 530,000 schools were forced to close, impacting over 68 million students from pre-primary to tertiary levels. The past two years have seen the growth of local platforms, such as Ruangguru (an e-learning platform for K12 students), Harukaedu (a platform offering online university degrees), and Cakap (a platform for language learning), but the sector is still in its infancy.

Indonesia’s edtech sector currently lacks the capacity to scale up as many lower-income students lack access to devices needed to use edtech tools and download speeds in rural regions are not as high as in urban areas.

Foreign edtech firms can address these constraints through partnerships with local academia and the government to establish standards for e-learning. There is inconsistent education quality, even prior to the pandemic, which drove many students (especially in the more affluent middle-class) to seek online extracurricular courses and tuitions. International edtech providers can also focus on specific niches and more personalized services within the education industry. This includes providing language courses or concentrating on a target age group.

Furthermore, there are relatively untapped opportunities in providing edtech for corporations. Some 40 million people will join the production demographic by 2040, meaning a total working population of 190 million. This large workforce will need new skills and retraining to remain relevant for the future. Foreign companies can provide corporate training programs through e-learning deliveries that help save travel time from training venues.

Indonesia is embracing cloud technology at speed and scale and has attracted investments from the world’s largest tech companies. In a report compiled by the Boston Consulting Group, Indonesia’s public cloud market is projected to see a compound annual growth rate of 25 percent – to reach US $ 800 million by 2023. The growing number of digital natives and the expansion of digital unicorns is fast- turning Indonesia into one of Asia-Pacific’s fastest-growing public cloud markets.

Alibaba gained a first-mover advantage over rivals Google, Amazon Web Services (AWS), and Microsoft, has launched its second hyper-scale data center in January 2019. Google Cloud was launched in Jakarta in June 2020, and AWS launched its first data center in Indonesia in late 2021. Microsoft revealed plans in early February 2020 that it would also build data centers in the country.

The management of big data will be key to maximizing the future of Indonesia’s cloud technology industry. Big data will be of great importance in understanding consumer trends in the country, particularly in recording digital footprints through social media platforms. Many MSMEs are using Facebook and Instagram to reach their consumer base. These platforms have 140 million and 77 million users, respectively, as of 2020. It is estimated that the total number of social network users will reach 256 million by 2025.

Indonesia completed the Palapa Ring project in late 2019, providing 4G internet access to more than 500 cities and regencies across the archipelago. The project is estimated to have cost US $ 1.5 billion and comprises 35,000km (21,747 miles) of undersea fiber-optic cables and 21,000km (13,000 miles) of land cables, stretching from the westernmost city in Indonesia, Sabang, to the easternmost town, Merauke. Additionally, the cables also transverse every district from the northernmost island, Mianagas, to the southernmost island, Rote.

Through the Palapa Ring, the government can facilitate a network capacity of up to 100 Gbps in even the most outlying regions of the country. The government hopes that improved internet connectivity can significantly impact industries across the country and encourage economic development.

Schools that can now access high-speed internet can improve the digital literacy rate and product engineers and other tech talents that can advance the information and communications technology sector. Greater connectivity will also provide opportunities in the financial technology market and increase banking penetration – less than half the adult population owns a bank account.

Foreign investors can own up to 67 percent ownership in the telecommunications sector, which includes the following business activities:

Indonesia is also the fourth largest cellular market with more than 330 million subscribers. However, the market is controlled by five providers, meaning there is room for competition, with 45 percent of subscriptions being dominated by 2G technology. Operators are continuing to expand their 4G network coverage to more rural areas.

ASEAN Briefing is produced by Dezan Shira & Associates. The firm assists foreign investors throughout Asia and maintains offices throughout ASEAN, including in Singapore, Hanoi, Ho Chi Minh City, and Da Nang in Vietnam, Munich, and Esen in Germany, Boston, and Salt Lake City in the United States, Milan, Conegliano, and Udine in Italy, in addition to Jakarta, and Batam in Indonesia. We also have partner firms in Malaysia, Bangladesh, the Philippines, and Thailand as well as our practices in China and India. Please contact us at asia@dezshira.com or visit our website at www.dezshira.com.