The, which tracks the 100 largest companies listed on the, has gotten off to one of the worst starts to a year in its history.

The tech-heavy index is down almost 27% in 2022 as the Federal Reserve’s plans to raise interest rates triggered an exodus from high-growth technology stocks with frothy valuations amid the current environment.

Companies in the once-thriving software-as-a-service (SaaS) industry specifically have been some of the worst performers year-to-date, with the sector’s two main ETFs lagging the comparable returns of the NASDAQ over the same timeframe.

However, despite the ongoing turmoil, we believe that one member of the sector, Palantir Technologies (NYSE 🙂 is worth considering.

The data-analytics software and services provider, has struggled mightily this year as the former market darling fell out of favor with investors.

As a result, Palantir has lost 54.1% in 2022, significantly underperforming the broader market, amid an aggressive reset in valuations across the frothy tech space sparked by the Fed’s monetary policy plans.

The shares started trading at $ 10 after the data-mining company went public via a direct listing in September 2020. It peaked at $ 45 in January 2021 before crashing by nearly 81%. Currently, PLTR trades at about $ 8.3 per share.

Palantir’s first-quarter on May 9 was mixed.

Meanwhile, Palantir’s core government business — which accounts for more than half of total sales — saw revenue climb 16% compared to the same quarter last year to $ 241.7 million, missing forecasts of $ 251 million.

The company’s customer count grew 86% year-over-year as the software company continues to diversify its client base.

Looking ahead, Palantir gave revenue guidance for the current quarter which fell short of consensus forecasts. It said it expects Q2 revenue of $ 470 million, below analyst expectations of $ 483.7 million. That would imply year-over-year sales growth of 25%.

Despite the weak near-term outlook, Palantir expects its growth will pick up in the second half of the year as it secures more “anticipated” contracts. The data-mining firm continues to expect an adjusted operating margin of 27% for full-year 2022.

It also maintained its goal of generating sustainable top-line revenue growth of 30% or more through 2025.

“[A] a wide range of potential upside, including those driven by our role in responding to developing geopolitical events. ”

In our view, the significant pullback in Palantir’s stock — which now trades at 42 times forward earnings and less than eight times this year’s sales — has created a compelling buying opportunity, given the promising long-term demand outlook for its data-mining software tools .

According to Investing.comthe average PLTR stock analyst price target is around $ 10.80, implying a gain of approximately 29% from current levels over the next 12 months. 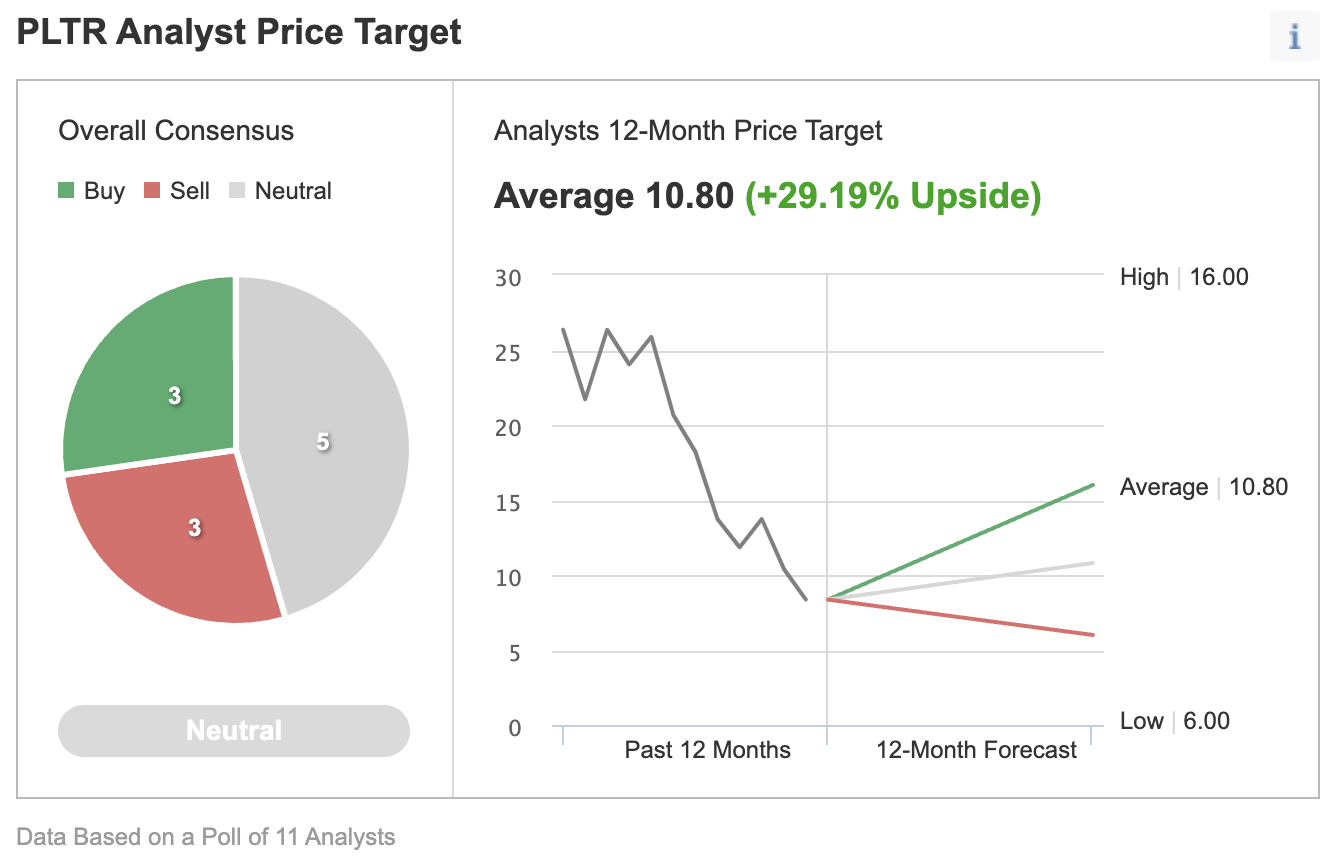 Similarly, according to several valuation models, including P / E or P / S multiples or terminal values, the average fair value for PLTR stock on InvestingPro stands at $ 10.64, a potential 27.3% upside from the current market value. 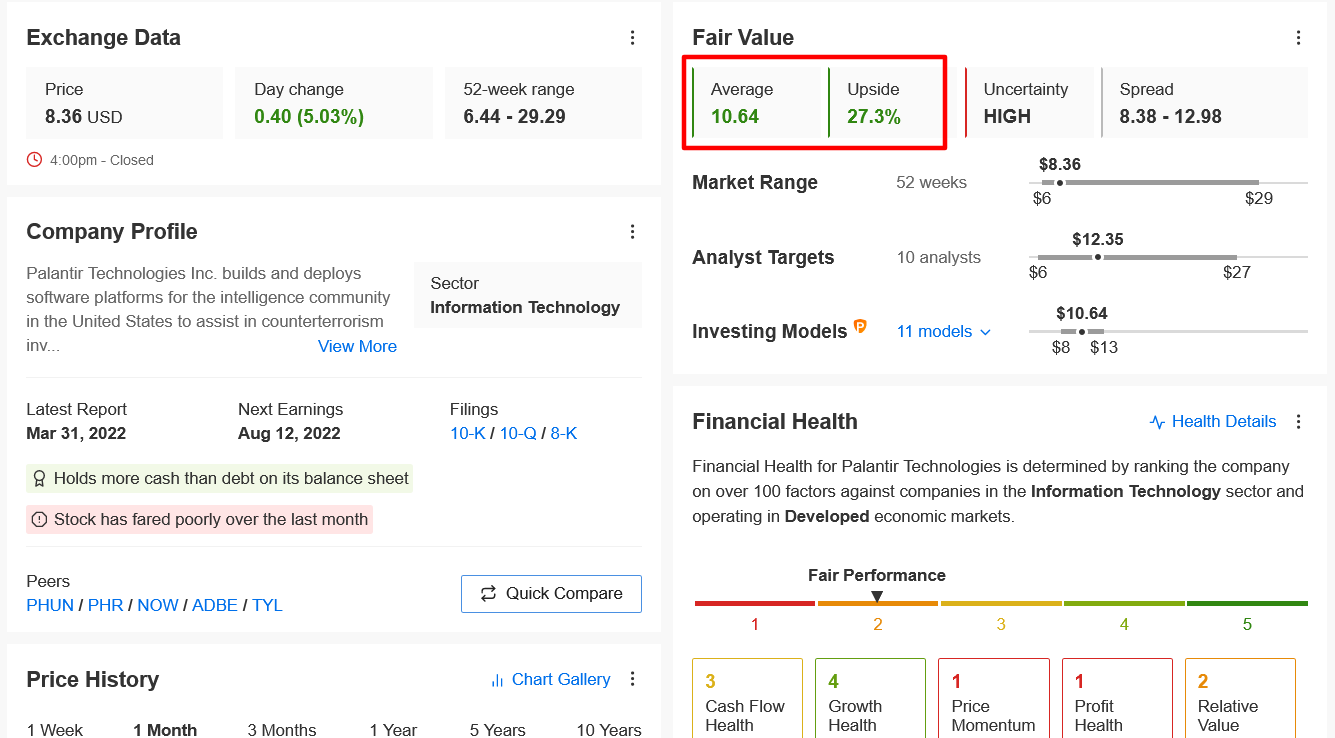 Looking to get up to speed on your next idea? With InvestingPro + you can find

And a lot more. Get all the key data fast so you can make an informed decision, with InvestingPro +. Learn More »