Juventus are increasingly confident they are in the final stages of completing a three-year deal for Paul Pogba, which will put him in their bracket of highest earners.

Sky Sports News has been told the Serie A side have been given verbal assurances that the midfielder will rejoin them following his exit from Manchester United as a free agent.

Negotiations have progressed smoothly with Rafaela Pimenta, who has been representing Pobga since Mino Raiola’s passing.

She has served as a lawyer at the late agent’s firm for close to two decades and is assessing requested tweaks to the contract on offer ahead of a closing meeting.

Beyond what Juve feel would be an inconceivable change of heart from Pogba, the club are optimistic all formalities will be completed soon despite Paris Saint-Germain and Real Madrid engaging in dialogue with his camp.

Suggestions are that an announcement could tie into the Amazon Prime film on the France international titled ‘The Pogumentary’, which is set to air on 17 June.

Juve manager Massimiliano Allegri is said to have been pivotal to the 29-year-old’s decision, not only on account of unlocking Pogba’s best football in the past, but providing a clear blueprint on how his abilities will be maximized again.

Bar the tactical and technical pitch, Juve played on the advantage of having an emotional pull with the man they banked a then world-record fee of £ 93m for, inclusive of add-ons, when he moved to United in 2016.

Pogba won four Scudetti in four years with the Bianconeri and has been sold a happy homecoming, plus the status of a key part to the club rediscovering domestic and European glory. 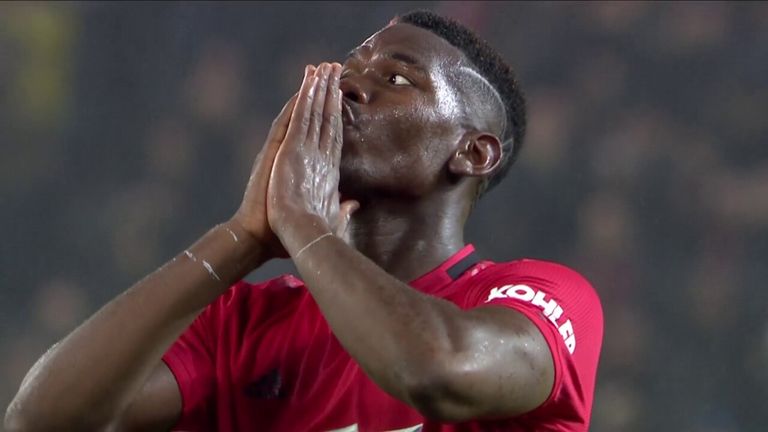 Juve have also been the most solid in their approach with Real and PSG not “as active” in pursuing the player as both were distracted by the more pressing Kylian Mbappe situation. The latter are understood to have put in a formal proposal though.

It was Manchester City who rivalled Juve in terms of the seriousness of their push, with Pep Guardiola meeting Pogba and the club drafting a lucrative contract to demonstrate their will in landing him.

The World Cup winner, currently on holiday in Miami, did mull over making the switch to United’s rivals on footballing merit, but felt the accompanying noise and hate would not be worth it.

Speaking in May, the Sky Sports pundits locked horns as they debated whether Paul Pogba would be a good signing for rivals Manchester City

A fresh start, albeit on old ground, has seemingly been viewed as a better all-round choice.

Pogba at Man Utd: Mismanaged or a mistake?

It is the summer of 2016. Jose Mourinho is the Manchester United manager and the club has just broken the world transfer record. A Frenchman has returned to Old Trafford for unfinished business.

“This is the right club for me to achieve everything I hope to do in the game,” Paul Pogba said after completing his £ 89m move back to United from Juventus.

“He has the chance to be at the heart of this club for the next decade and beyond,” Mourinho added.

It was a deal that caused a social media frenzy. Emerging from the shadows with a red devil marked into his hair, Pogba’s announcement video was followed by a sponsored music clip featuring Stormzy. The hype over #POGBACK had fled.

It was supposed to be the start of something special. A new era for a club still struggling to find its feet after the retirement of Sir Alex Ferguson three years earlier.

But Pogba has been unable to inspire United to former glories. The 2017 League Cup and Europa League are the only trophies of his six-season spell.

Keep up-to-date with all the latest transfer news and rumors in our dedicated Transfer Center blog he Sky Sports’ digital platforms. You can also catch up with the ins, outs and analysis on Sky Sports News