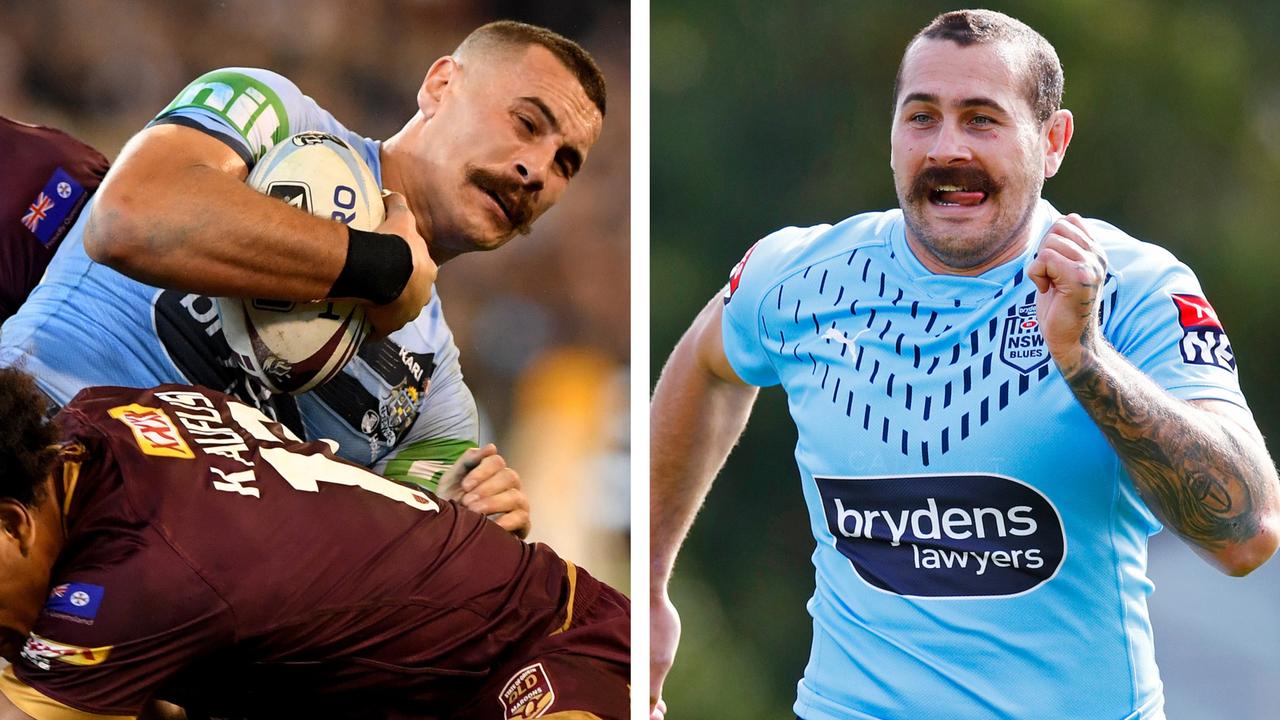 Recalled Blues star Reagan Campbell-Gillard is taking nothing for granted as he prepares to don his second NSW jersey four years after his debut for his state.

The now 28-year-old veteran of 167 NRL games was just 24 when he made his Blues bow, but a broken jaw put his Origin career on hold and he has been trying to break back into the team ever since.

“It is one of those things you never take for granted,” Campbell-Gillard told foxsports.com.au.

“You have obviously got to cherish every moment and every day that you are in camp and every opportunity that you get. It doesn’t matter if it is club level or representative level.

“There have been a few drinks in between games for me and I’m very happy and thankful to be back in the side.

“It will be good to get off the one game and hopefully turn it into two and then we’ll see what happens.”

After being stranded on one NSW cap for four years, Campbell-Gillard could have been forgiven for doubting if he would get back to the game’s toughest arena, but the Eels prop always had an Origin return on his mind.

‘STARTED CRYING’: Crichton learned of the call-up with Mum as Blues role revealed

‘PAID OFF’: Staggs – why he stuck with the Broncos, what Haas said amid contract saga

“I wouldn’t say there was any doubt, it’s just you try your hardest and try to play your best footy, but there’s obviously other boys that are playing better football and there’s nothing you can do about that.

“I think you need a little bit of luck to go your way and I think I had that this time. It is pretty much like my whole career, I have had a bit of luck go my way to help make things happen and go my way a bit.

Campbell-Gillard revealed he originally missed Brad Fittler’s call to inform him of his inclusion in the squad and had to ring him back to learn the good news.

“I was down in Canberra and I had a missed call from Freddy, so I had to call him back,” Campbell-Gillard said.

“He told me congratulations you are in and I hopped in a car and came into camp straight away.”

“Just from his consistency at club football and the way he has been playing. His football has gone to another level this year and he is really playing a massive role for us at Parramatta.

“Every game he has played this year he has been at his best and improving each game as well.

“I’m pretty happy to see him get his shot. It has been a dream and a goal for him and he gets to live that on Wednesday night.

“I think he will play a massive role given his consistency.”

Another debutant in Kotoni Staggs has caught Campbell-Gillard’s eye and he believes the NSW center is set for a stormer of a game.

“Cotton Staggs has impressed me,” he said.

“For his size he is very quick and strong. You see him on TV and when you play against him he is one of those players you need to do a lot of homework on.

“I think he’s in for a really big game. He has been so consistent for the Broncos. ”

Fittler has had a massive impact on the NSW culture since taking over in 2018 and handed Campbell-Gillard his debut jersey and the thankful prop revealed just what makes the Blues coach so special.

“I think everyone that is in this team has those traits. That is what Freddy is massive on.

“We are representing our state and it is not just us. It is the whole state that we are putting on that jersey for.

“Freddy is massive around history and what the jersey means and the whole week is based around that theme.

“He is so passionate about the state and what it means to NSW. He drives that with every player in the squad.

“It is not just yourself and your family and club. It is your whole state that you are representing.

“I’m pretty excited for Wednesday and I can’t wait to get out there and rip in.”

Queensland have selected a youthful team under first year coach Billy Slater, but Campbell-Gillard believes he will work in their favor and the Blues will have to be on high alert and match their energy.

“One to 17 all those players are playing very consistent football for their respective clubs,” Campbell-Gillard said of the Queensland side.

“I’m sure being young and full of energy and talent they will be ready to go.

“I’m sure they’ll be coming down here to do a job and get a win and we are no different.”

However, Campbell-Gillard won’t be reinventing the wheel whether he comes off the bench or starts in Origin I.

“I just need to make sure I keep moving. I wouldn’t try and do anything out of the ordinary. Just make sure I am playing my game.

“I just need to make sure I can get the team forward when I’m on and bring a lot of energy.”