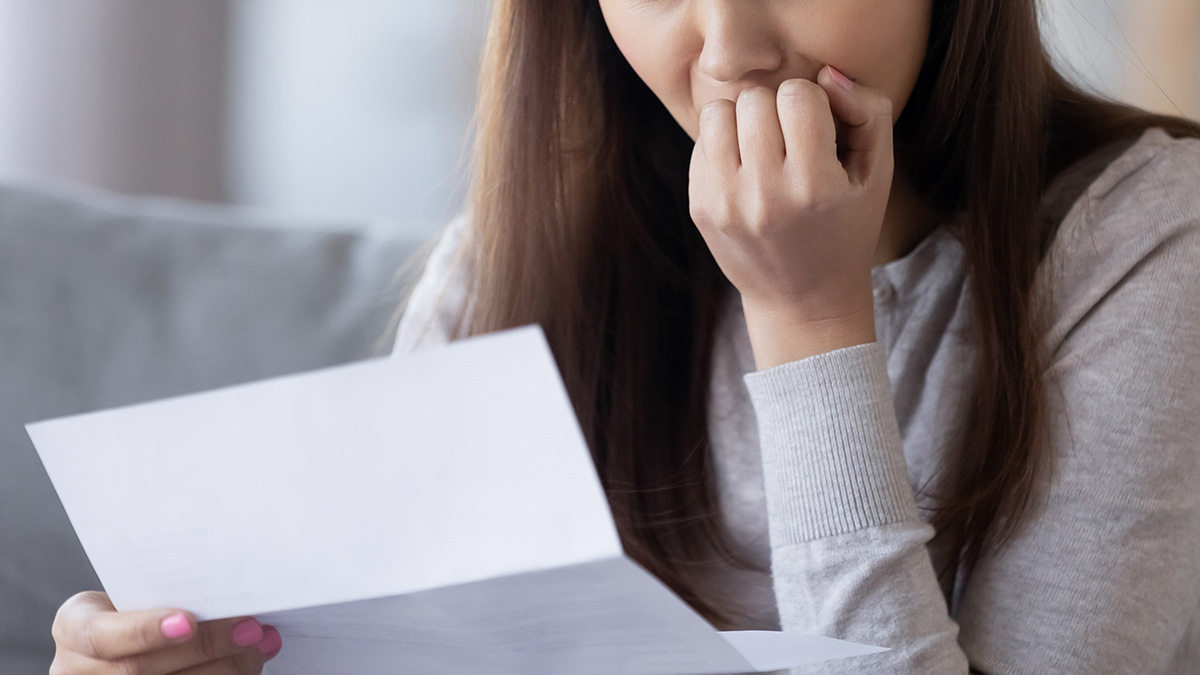 When young couple Luke Sierakowski and Lauren Arnett received a letter in June from GIO insurance, they couldn’t believe what they were seeing.

The letter came after an accidental house fire had occurred at the property they rented in the regional Victorian town of Horsham in August 2020.

GIO was the landlord’s insurance provider, so when the landlord made a claim, GIO decided to come after Luke and Lauren for the money.

‘At risk of losing everything’

“I was shocked just to see the size [of the bill] and that it came out of nowhere, we thought it was all done, “Luke tells CHOICE.

“It feels like they have written a blank check for themselves using our money.”

The couple, who have since moved out of the rental market and bought a modest home in Horsham, are now “at risk of losing everything”.

The couple are now seeking legal advice and plan to challenge the legality of the bill and the debt.

“They’re targeting people that they know are probably vulnerable, they won’t know their rights and they won’t be in a position to get the help they need to fight it,” Lauren tells CHOICE. “They are hoping tenants will just fold and pay them the money.”

Lauren Arnett and Luke Sierakowski received a letter in June from GIO insurance. The letter was a bill for almost $ 78,000, giving them 14 days to pay. “It came out of nowhere,” says Luke.

The couple are far from alone.

We’ve discovered several cases around Australia of landlord insurance companies pursuing renters when accidental damage has led to insurance claims. These ‘recoveries’ come in the form of threatening bills, sometimes for hundreds of thousands of dollars, without any explanation of why the recipients are liable or how the amount owing was determined.

The cases we investigated involve three major insurance companies: QBE Insurance (through their underwriting of insurer CHU), Suncorp (through their subsidiaries GIO and AAMI) and Chubb insurance.

Referring to Luke and Lauren’s case, a Suncorp spokeswoman tells CHOICE the company can’t comment on the individual case, but that “Suncorp considers recovery of claims costs from tenants where the evidence provides a legal basis to do so.”

“Our recoveries processes ensure compliance with our regulatory obligations, the ACCC and ASIC debt collection guidelines and the General Insurance Code of Practice while maintaining our commitment to support those experiencing financial hardship or vulnerability.

In response to other media coverage on Luke and Lauren’s case earlier in September, Suncorp decided to waive its demand for money

“When considering possible recoveries from tenants, we will provide detailed information to outline the basis for recovery, including any independent investigation reports.”

We asked why no such information or reports were given to Luke and Lauren, but Suncorp did not respond.

In response to other media coverage on Luke and Lauren’s case earlier in September, Suncorp decided to waive its demand for money.

Are you a renter who has been pursued by an insurance company over accidental damage? Share your story with CHOICE investigative journalist Jarni Blakkarly at jblakkarly@choice.com.au.

Not even home at the time

When Mexican migrant Pedro (not his real name) received a bill in August this year from Longitude insurance, a company underwritten and supported by Chubb insurance, he was baffled.

A fire in his inner-city Sydney rented apartment happened in January 2020 when he wasn’t even home.

He had left an e-cigarette charging in the apartment and went out with his girlfriend. When he returned several hours later, the apartment was on fire. The fire department determined “electrical fault” to be the cause of the blaze.

When I got the letter it made me very stressed, I had no idea they could do this

The letter he received from a debt collection agency acting on behalf of Longitude Insurance said: “Information provided to us suggests that the above mentioned property was damaged by fire which confirms the point of origin was an e-cigarette that was on charge at the power “It is in our opinion that you were responsible for the incident. As such, we look to you for reimbursement of our client’s loss listed below.”

In total, they wanted more than $ 133,000 from Pedro, who works casually in hospitality.

“It’s not my fault, it’s not like I did anything wrong. When I got the letter it made me very stressed, I had no idea they could do this.”

He’s now exploring his legal options and says he may have to dip into his savings to hire a lawyer.

CHOICE director of campaigns and communications Erin Turner says renters shouldn’t have to suffer the stress of finding legal assistance in cases like these.

“These cases put unfair pressure on anyone receiving a bill,” Turner says. “You’re being asked to prove you don’t owe the debt or to pay up.

“This is the world’s insurance version of robodebt. You are presumed to owe the debt until you can prove otherwise, which can often mean significant time and costs arranging legal help.”

A spokesperson for Chubb tells us they don’t comment on individual cases either, but says they’re engaging with the Insurance Council of Australia, the industry representative group, about insurance claims against tenants of rental properties.

“Chubb takes its obligations to operate within the regulatory framework for recovery actions seriously and continuously looks to improve its processes and those of third parties it engages with as part of its recovery activities,” the spokesperson says.

In response to questions in an earlier CHOICE investigation about a similar case involving Chubb, the insurer defended its actions, saying its recovery efforts keep premiums down for landlords.

Some renters are being pursued for damage over things such as house fires, even when the fires weren’t their fault and happened years earlier.

We spoke to tenant advocacy organizations in NSW, Victoria and Tasmania, all of whom raised the alarm about the practice and say they’re aware of similar cases in their states.

The code says insurers will contact people about any money allegedly owed before taking action and that “this communication will provide you with information to show that the amount we are seeking to recover from you is fair and reasonable”.

“A debt claimed by an insurer on a renter shouldn’t look like a bill or a final invoice,” says Cording. “It’s an allegation only. Insurance companies and their agents owe a higher duty to fair dealing with the community. Renters deserve better.”

Andrew Smith, a lawyer with Tenants Union of Tasmania, says he’s acted in a similar case for a renter in Launceston, as well as in his prior work in the Northern Territory.

As soon as he got involved and pushed back against the insurer (AAMI, in the Launceston case) on behalf of the renter, AAMI dropped the case.

“It makes me think they are just trying these claims on, in the hope that tenants won’t be aware of their rights and just pay the money or some of the money, which is inappropriate and it’s not following the laws,” he says. .

It makes me think they are just trying these claims on, in the hope that tenants won’t be aware of their rights and just pay the money

Victoria’s Commissioner for Residential Tenancies Heather Holst is similarly concerned. She has written to the Insurance Council of Australia, urging it to instruct its members to stop pursuing renters.

“My view is that most renters have no idea that they have any liability like that, and my understanding is that they don’t have that liability,” she says.

In August, we ran a survey of CHOICE supporters, some of whom are landlords, to gauge their views on this insurer recovery practice. The vast majority of respondents, including those who are landlords, said the practice was unfair and unethical.

More than 1200 landlords responded to the poll, with more than nine in 10 (94%) saying they weren’t aware that renters are being pursued for damage they didn’t cause. A similar percentage say this isn’t fair.

CHOICE teams up with WEstjustice

Together with Victoria-based community legal center WEstjustice, we’ve written to the heads of 10 companies that provide landlord insurance in Australia about this practice, seeking information about their policies.

“What’s interesting is that some insurers are clearly more ethical than others,” CHOICE’s Erin Turner says. “Some insurers have told us they do not pursue people who rent for accidental and unintentional damage and that they have clear processes to make demands for payment fair.

“Other insurers offered little detail or are targeting people who rent to try and improve their bottom line.”

We’ve also written to and met with ASIC regulators and the ACCC about the practice.

The Insurance Council of Australia says it’s considering our concerns.

“The Insurance Council and its members take seriously the concerns raised by CHOICE and WEstjustice regarding landlord’s insurance,” a spokesperson told us. “We are carefully considering the issue in consultation with our members who have specialist expertise in this area.

“The General Insurance Code of Practice sets the standards that insurers agree to meet when interacting with their customers and is insurers’ commitment to openness, fairness and honesty in all their dealings with consumers.”

But Turner says the response isn’t good enough and leaves out renters because they aren’t clients of the insurance companies.

“The big challenge with this problem is that the person who rents isn’t a customer of an insurer, they’re a target,” she says.

The big challenge with this problem is that the person who rents isn’t a customer of an insurer, they’re a target

“There are no clear rules in the General Insurance Code of Practice that specifically apply to landlord insurance and treatment for people who rent. This points to a real gap in our laws.”

If you’re a renter and have been asked to pay for accidental damage by an insurance company, contact Legal Aid in your state or a community legal center for assistance.