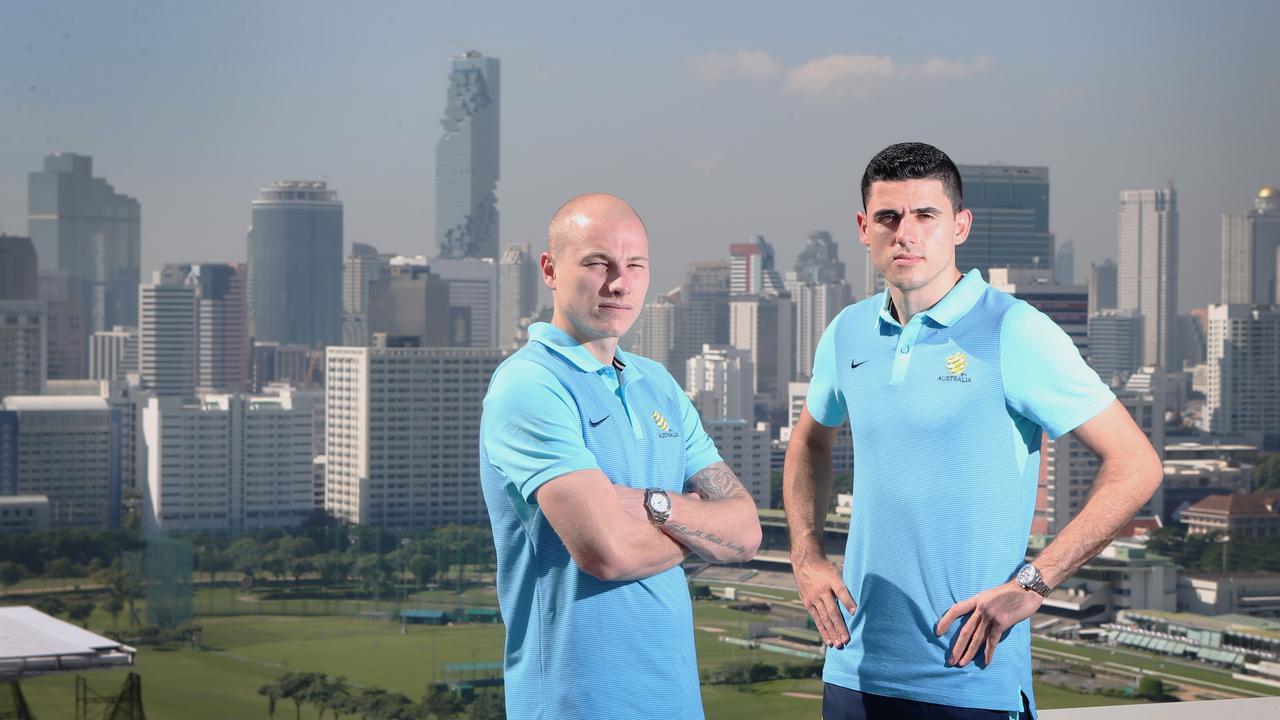 Playmakers Tom Rogic and Aaron Mooy have made timely returns to the Socceroos squad for Australia’s do-or-die World Cup playoffs next month, but there are a number of surprise omissions.

Having both missed the final two matches of the Socceroos’ group campaign in March against Japan and Saudi Arabia, Rogic and Mooy have been named in Australia’s latest 29-man squad for the playoffs, which start with a June 8 (AEST) clash against the UAE in neutral Qatar.

Should the Socceroos win that match, they will progress to an intercontinental playoff against South American nation Peru on June 14 (AEST), also in Qatar., With the winner to qualify for the November-December World Cup.

“Our qualifying journey for this year’s FIFA World Cup has been challenging, however the bigger the challenge, the greater the reward,” Socceroos coach Graham Arnold said.

system and seal Australia a place at the World Cup.

“The players, coaches, staff, their families, and our supporters have invested so much time, passion, and commitment into this qualification campaign, so we will be giving it 100 per cent over the next few weeks to ensure that the effort and sacrifices so many people have made over the past three years is rewarded in the best way possible.

“We have selected a large squad for this window for a few reasons, but first and foremost because so many of our players have been in great shape for their clubs over recent months.

“Additionally, with several players set to enter the UAE match on yellow cards, we needed to ensure that we have cover in every area to ensure we’re not caught short at any time.”

A notable absentee from the squad is Sydney FC right back Rhyan Grant, while others from the March squad who are missing this time are veteran Perth Glory striker Bruno Fornaroli, Melbourne City midfielder Connor Metcalfe, Melbourne Victory attacker Ben Folami and Belgium-based Jimmy Jeggo .

But a number of players who had outstanding A-League Men’s seasons have been overlooked. Jason Cummings scored ten goals in his first season with the Central Coast Mariners, guiding them to an impressive fifth placed finish. The forward started against Barcelona for the A-League All-Stars, but revealed before the game that Arnold had not even spoken to him about a potential call-up. Central Coast’s goalkeeper Mark Birighitti was awarded the competition’s keeper of the season with nine clean sheets, but was surprisingly left out in favor of Sydney FC’s Andrew Redmayne.

And Garang Kuol, the 17-year-old livewire who stole the limelight against Barcelona, ​​was a potential bolter but also missed out. He had four goals in nine substitute appearances for the Mariners.

Barcelona coach Xavi said: “Dwight Yorke told me he was 16 or 17… it was a big surprise.

“He was very fast and we conceded two or three chances because of him.

“He’s a great player and he has a great future, he’s a talent that is obvious.”

The Socceroos will warm up for their clash with the UAE with a friendly against Jordan on Thursday morning (AEDT).

‘I heard Rale Rasic comment recently that the’ Socceroos’ story is always a super story, so in the 100th year of our national team there would be no better way for this group of players and staff to honor those that have come before them than by writing another proud chapter in the history books through FIFA World Cup qualification, ”Arnold said.