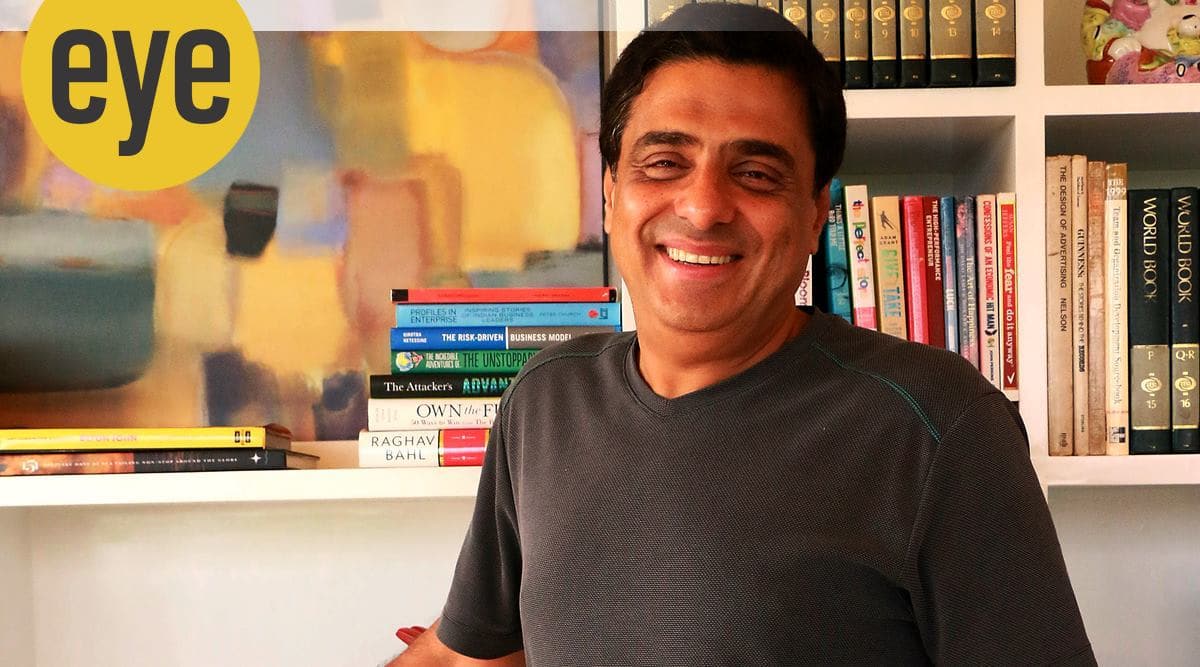 At a time when the ed-tech industry sees several layoffs and the shutting down of companies, Ronnie Screwvala, chairperson and co-founder of upGrad, says that a “maturity in the industry was long-time coming”. As the world faces uncertainty because of multiple macro-economic factors, Screwvala says it is time for the right models to emerge. Excerpts from an interview.

As things return to normalcy, what kind of changes will the ed-tech industry see and what are the challenges before it post Covid-19? How do you see things pan out in the foreseeable future?

For anyone understanding ed-tech, it cannot be under one broad sweep, not just in terms of consumption patterns but also in terms of final outcomes. The K12 sector had its hockey stick and a very strong uptake during the pandemic. There has been a sharp correction there, also in terms of learning outcomes, which is difficult to be measured in augmented learning. On the flip side, in higher education, where upGrad has been, unless you can show outcomes, nothing really happens. Most of our learners are late-college learners, early-working professionals or late-working professionals and in each of these categories, the target is a job placement or promotion or appraisal or job change. So in higher education, we saw that people did not want to invest since there was job insecurity and appraisals were on hold. They did not think it was the right time to invest nine months to a year or Rs 2.5 to 5 lakhs for a course. This kind of decision requires a fair amount of interaction between our counsellor and student, which was a challenge. So, while we did flow 100 per cent during Covid, we did not really see that.

Some of the companies may have over invested or deep-focussed in their expansion and now have to pull themselves back in terms of consolidation or had investors who loved the high growth story where burn is not really looked at. But the tune has now changed and quite predictably so. This is not a new thing, it happens quite often. I have (seen) three cycles like this; where you have investors who put in top dollar and want to see top-dollar growth and have a market leadership position. So I think a lot of money was spent in over-hiring, diversifying into areas that are not core for everyone and third, marketing. Now most people think marketing is brand building. I would say not so, the only way to build a brand is if the customer comes back to you, not if you find a first customer. That’s where we are seeing a sharp correction for lack of focus. Inclination towards high burn, plus an overall expected market correction. Everyone knew there is a time when this would happen. I think it’s good for the right models to emerge.

There has been a lot of upheaval in the last few months; the industry news does not seem to be very encouraging. We have seen companies shutting down, massive layoffs happening across the board. Did the industry not plan for what lies ahead? Was there a lack of foresight?

In the K12 sector, maturity was lacking and foresight is a sub-sect of it when you’re running a business. But when you’re in that: hoopla:, you do not necessarily know and you plan for the best. When you sit with a board of directors, and you are a 35-year-old entrepreneur or a 55-year-old entrepreneur, but you have not had the experience of running a business and seeing these cycles, then what you hear from investors or people in your inner circle is the cue that you will take, thinking this sounds like a long-term plan and not a short-term plan.

You said that higher education consumption is very different and that learners actually pulled back during the pandemic due to uncertainty. In terms of the higher education sector, post-pandemic, will it benefit then from things getting back to normalcy or will the global economic climate affect it adversely?

No, we are seeing an upswing and it goes against the trend. College learners today feel they need to be ready for jobs earlier and just a degree is not enough, we are seeing an acute need right from an early stage. Job-ready programs, short programs; we are seeing a massive upsurge. The two-year doctorate is massive in India. To have a degree is one thing but to say I have a doctorate is something else and we are seeing a massive demand for them. And to speak of the global perspective, we are operating in Vietnam, Indonesia, Middle East and the United States; we are seeing a greater demand for online learning since people are able to get a high-profile US or UK degree at one-fourth the cost without one having to go to campus and spend on boarding and lodging or being displaced for a year.

Often a question which is asked by learners is that does an online degree have the exact same value as an offline one, what is the catch here?

I will explain it in this way. If the course is offline, you have to relocate to the university location and seats are limited. When we tie up with a university and offer the same course online, the curriculum is designed by the same university so there is no difference there. But in online classes, the lectures are delivered mostly by the faculty there. Unlike in physical classes, we have very few guest lectures. So, the experience is different but the outcomes rarely differ.

In terms of higher education, which are the segments that have done really well or those that need immediate attention?

When it comes to working professionals, careers of tomorrow are the focus; machine learning, data science and data analytics. MBA has always been the popular one. People have accepted that it helps and now they have an opportunity to come back five years or ten years into their careers to come and do it. The interest of people in doctorates has surprised us because we thought that’s a serious investment in terms of time but people thought ‘I will never be able to do it offline, so let’s do it online’.

With things going back to normalcy, people having to return to office and challenges on personal time like everyday travel, traffic and so many other things, especially given that the rhythm was lost for two years, will people still have the time or interest to study online and upskill?

Even before Covid, we were four years and growing 150 to 200 percent. And more importantly, people have realized that whatever you learnt five or six years back in college is no longer enough, you have to upskill to sustain for the next 10 or 15 years. I do not think it’s a question of more time or less time, it’s a question of having a choice now. Fifty per cent of people taking a degree online are young working professionals, those who got jobs early and just jumped into them. Or women who were not allowed to take up postgraduate degrees. That’s the sea change of opportunities that have come in.

The ed-tech industry gained some notoriety because of some malpractices done by some big players. Very few people make the distinction when it comes to K12 or higher education. All are seen under one umbrella. So does one affect the other?

I agree that most people do not make that distinction. I wouldn’t call it malpractice but aggressive selling, yes. And it has left a bit of a cloud and a shadow. Hopefully everyone should be able to get past that. But there is no getting away from the fact that there was aggressive selling and over commitment on outcomes, not so much as malpractice but naivety that led to it. The industry will have to work very hard towards it. That’s why we took the lead in creating a self-monitoring industry association; we have realized the need for a general code of conduct.