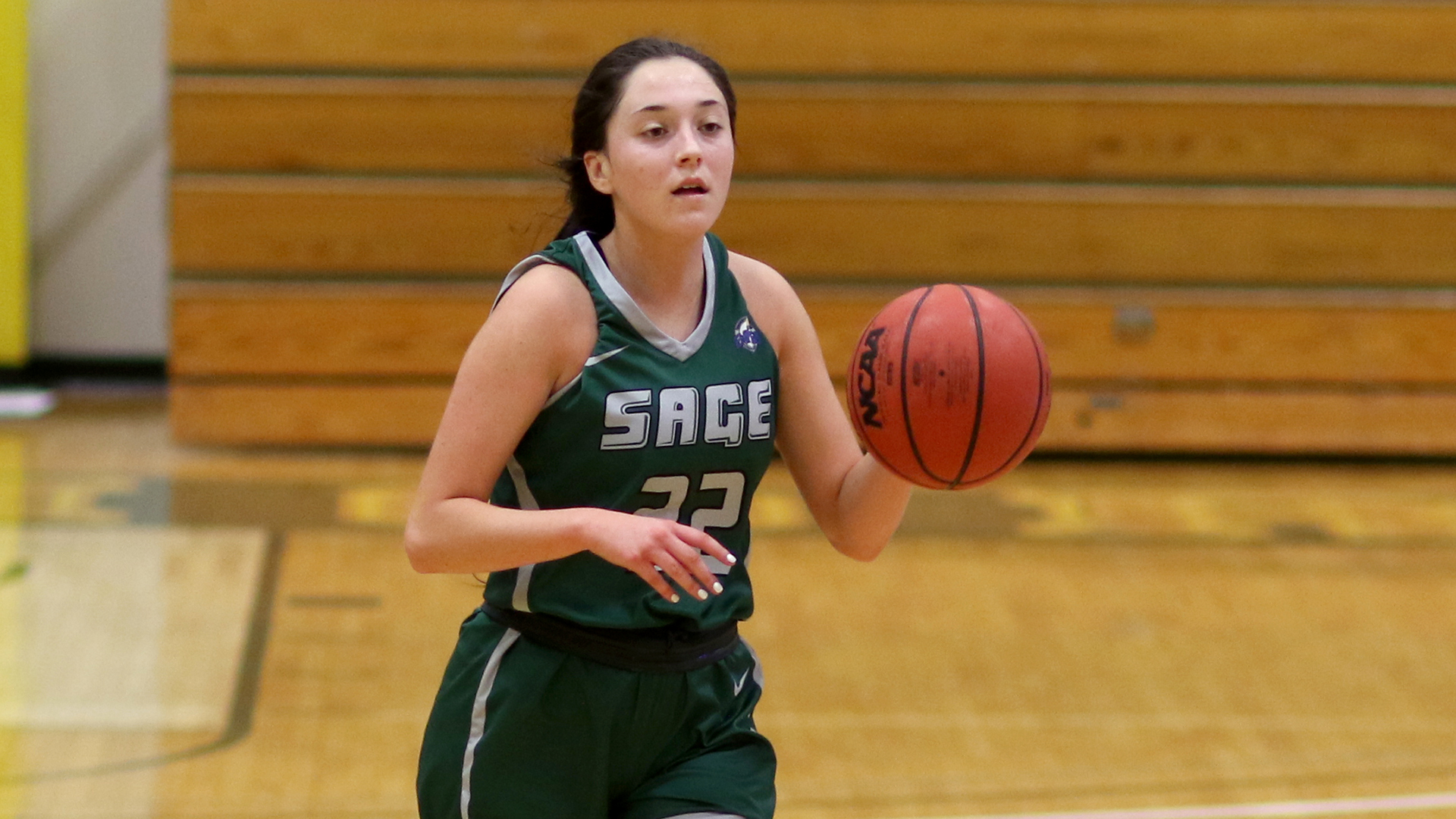 Sage women’s basketball standout Sammy Pasinella was too ill to compete, but not to worry. Four Capital Region players stepped up their game to lead the 4-3 Gators to a 62-56 victory over Cobleskill last Thursday in Albany.

Freshman Syrita Faraj of Troy and a Tamarac High graduate had 21 points and a season-best 18 rebounds. It was her third double-double of the season. The effort lifted her season averages to 16.4 points and 9.0 rebounds a game. She and Pasinella give the Gators a solid one-two punch.

Pasinella is having a standout season. She’s averaging 18.4 points aided by hitting 18 of 40 3-point attempts (45 percent) with 18 rebounds and 17 assists. The 5-foot-8 senior from Mechanicville and a Mechanicville High graduate was named to the Wesleyan All-Tournament team on Nov. 20 after scoring 31 points with 10 rebounds and seven assists in two tourney games.

The Scotia-Glenville High graduate is starting for the RPI women basketball team, the Engineers 1-4 overall after opening Liberty League play with two tough losses – 59-51 to William Smith last Friday and 61-57 to Rochester Tech last Saturday. O’Neill is averaging 7.6 points and is second with 6.4 rebounds a game. RPI is also getting solid play off the bench from freshman Marley Mueller (Stillwater High) who is averaging 5.2 points and 3.6 rebounds a game. Senior Emily Vallee (Schuylerville High) is averaging 3.6 points and 2.5 rebounds in five games with three starts.

The freshman was a key member with Albany’s Bryant & Stratton men’s soccer team, which finished 7-12-2 on the season. The Schenectady High graduate had four goals and an assist for nine points. Senior Patrick Palmer (Schenectady High) had three goals and two assists with two game winners. Freshman Faisal Rahmani (Albany High) chipped in with a goal and an assist. Shabir Salihi (Schenectady High) started on defense and Jared O’Connor (Scotia-Glenville High) was the goalkeeper goalkeeper.

The Sage junior kicked off the indoor track season by winning both the shot put and weight throw at the Springfield Opener last Friday in Springfield, Mass. The Hudson High graduate finished first in the shot put with a toss of 45 feet, 11¾ inches and took the weight throw with a heave of 49 feet, 7¼ inches. Freshman David Adadjo of Nassau (Columbia High) gave the Gators points when he finished fifth in the 200-meter dash in 23.82 seconds and was fifth in the triple jump with a 39-foot, 8½ inch effort.