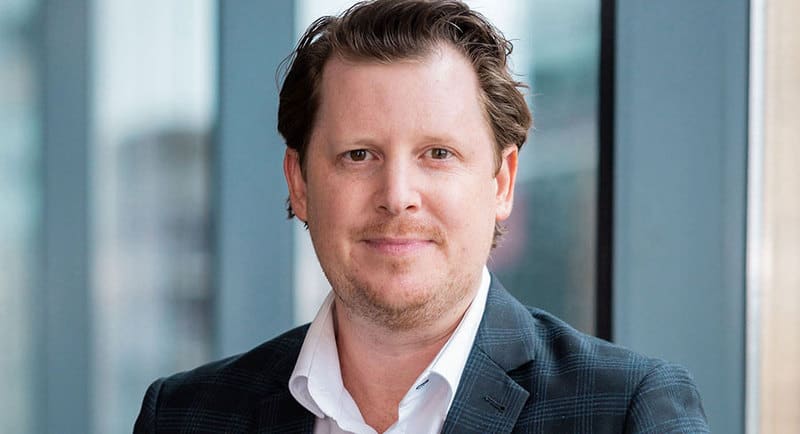 MacLean will be responsible for delivering the sales strategy across all of Seven’s sports broadcasts, including the AFL, cricket, horse racing, Supercars, NFL, and the Commonwealth Games in July.

MacLean joined Seven in 2007, he was most recently head of commercial and partnerships – network sport and led the sales strategy and implementation of Tokyo 2020 and Beijing 2022.

Mediaweek caught up with Mclean following his promotion to talk about the value proposition of Seven’s large sports slate, as well as the upcoming Commonwealth Games.

“Sport is such a robust proposition,” Mclean said. “You look across our content slate from AFL to cricket and the consistency that it provides year on year is such an important proposition for marketers. AFL has been really stable year on year. We’ve grown our test cricket audience for four consecutive years now. When you look at those recent major events like the Tokyo Olympics and the Winter Olympics, they show the power of major events in sports. ”

Seven has had a lot of success in the last 12 months with their special event schedule, with a condensed schedule due to Covid-19 which saw the Tokyo Olympics, Winter Olympics, and the upcoming Commonwealth games fall close together. Mclean said that this success is due to the fact that they are more than sports, that they become part of the national conversation.

“That relevance and purpose is what makes it so powerful for brands. They can be a part of something that can inspire their own staff, their own customers, and leverage a really uplifting environment. The Tokyo Olympics and the Winter Olympics were really successful for us in terms of delivering genuine business outcomes for brands. Heading into the Comm Games this year puts us in a really good stead. ”

Coming off the back of a hugely successful Tokyo 2022 that dominated TV ratings, and a Winter Olympics that gave Seven its best start to the year since 2018, Mclean said Seven is well placed to use its insights from these events to maximize its Commonwealth Games coverage .

“One of the things that we’ll really be able to do is reengage the fans. Off the back of those two Olympic Games, we’ve learned a lot about the fans. We can identify specific super fans of athletics, basketball, hockey, etc., and reengage them during the Commonwealth Games. ”

When asked about what viewers can expect from this event, Mclean said that the biggest thing that stands out to him for these Commonwealth Games is the inclusivity and diversity of the event which he thinks will appeal to both viewers and advertisers.

“It is the only multi-sport event that features an integrated para-sports program where athletes and para-athlete events take part in one program and are not separate events. That’s a real key for us. Our support of para-sport over the recent years has been really strong and we see the power of it. It can continue to be a catalyst for change. Combine that with the fact that this would probably also be the most gender balanced games we’ve seen to date, the women compete for more medals than men. For brands that means that for those that have core objectives around equality, diversity, sustainability, this is a really meaningful environment for them to activate in. We can work with them, we know the importance of brand purpose and narrative, and big event marketing. ”

When asked about the commercial approach that Seven will have when working with advertisers on the Commonwealth Games, Mclean said they want to cater for everyone.

“It’s not just to be on the top end of town. Yes, you’ve got national partnerships that offer big brands, reach opportunities, and high impact executions, but we’ve also developed a full spectrum of ways to be involved. We’ve got new opportunities like converse packages for progressive clients looking at new trading models, all the way down to brands wanting to leverage the rich and consistent rates as well as the incremental rates that 7Plus can deliver around major events. ”

Mclean said that this Commonwealth Games is extra valuable for Seven considering that it is now part of a national proposition, following the acquisition of Prime by Seven West Media.

“It means that not only can we work with brands to maximize reach at that truly national level, including regional where three out of 10 Comm Games viewers will be, but we can work with them to find efficiencies in production and ways to localize content. It adds that flavor to make sure that the creative can really connect with fans and regional areas. The biggest one is probably the simplicity that we can bring to it all in terms of planning, implementing, and reporting via one place. It’s never been easier for brands to work with seven to tell their own story across metro, regional and digital. ”

The Future of Seven’s Sports Offering

Mclean said that the two core pillars of Seven’s sports slate continue to be the AFL and Cricket.

“The number one winter code and number one summer code, they offer the most powerful 30 seconds in marketing after a goal is kicked or after the end of an over. They will continue to be two of the more powerful places for brands to activate in and we will continue to evolve our proposition there. That includes developing more ancillary content and more ways for brands to align to that content and continuing to develop new innovative ad products and digital solutions. ” 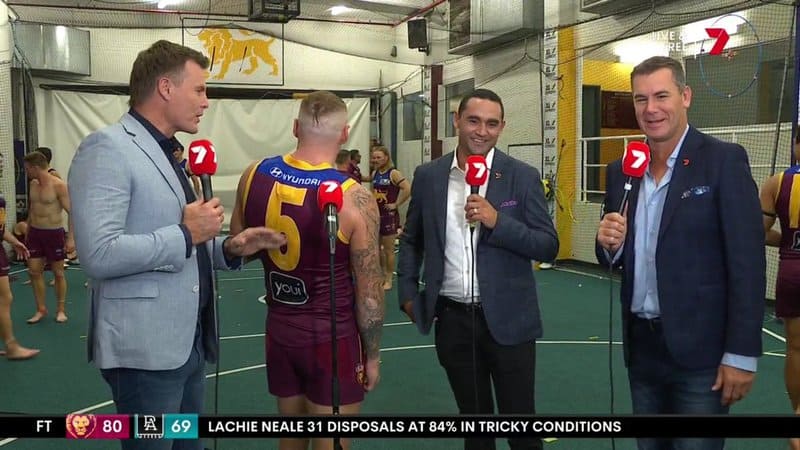 Another area that Seven wants to continue to focus on according to Mclean is its sports offering on 7Plus.

“We’ve got the World Surf League, and the Australian track and field championships. That’s all about recruiting new and diverse audiences to 7Plus with different new content. We need to ensure we have the right depth and breadth to our content mix, to ensure that we can really connect brands with all types of fans. That will be a core focus for us moving forward. ”

When asked about how Seven plans to best incorporate its advertisers into its sport offering, Mclean said it is all about relevance and purpose.

“We find the right balance in terms of how we can bring brands to life in the environment. Going right back to when I first started with Seven, we’ve always been very careful not to be too intrusive on the environment, we are audience first. We ultimately find that the greatest effectiveness is driven when we can find meaningful ways to make a brand a part of the conversation, and to add to the storytelling.

“That process and evolution have very much already fled, we are talking to the sporting codes around different ways to integrate brands. We’re working with them, using our knowledge and insights in the way that we’ve worked with talent and athletes in the past to really make them part of the story. ”

Discussing where the future of commercial sports content lies, Mclean said he believes major sporting events will continue to be highly sought after.

“The mixture of sports that we look at will continue to evolve as different things come into the mix. Look at the Comm Games, the governing body, the CGF has sanctioned an esports event to run concurrent to the Commonwealth Games in 2022. It’s not part of the event but it’s a bit of a nod to where things are heading. As you look to the future, we’ll be looking for a new sport and ways of interacting with younger fans, which will provide a really exciting platform for brands to be a part of. ”