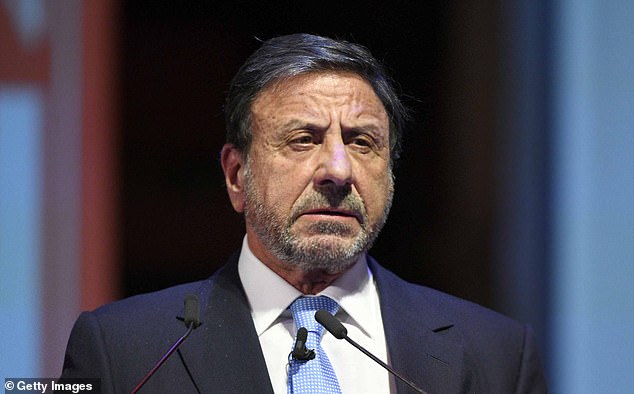 A few weeks ago, the accounting team at the hotel group I run told me about a curious instruction they had received from the Government.

From this month, and for an entire year and perhaps longer, every payslip issued was to include a special message.

Officials explained that they wanted to ensure our staff understood that an increase in National Insurance contributions paid by workers and companies was ‘helping to fund public services’.

My accounting team was told the message should read: ‘1.25% uplift in NICs funds NHShealth & social care. ‘

Officials explained that they wanted to ensure our staff understood that an increase in National Insurance contributions paid by workers and companies was ‘helping to fund public services’, writes Sir Rocco Forte (pictured)

They had been left under the clear impression by HMRC that this was some sort of legal requirement.

I couldn’t believe my ears. Were we operating in Britain or Communist China?

It is outrageous that the Government should be telling employers to act as its propaganda merchants over what so many see as an unjustifiable tax rise.

I told the team that such a message would be added to my company’s payslips over my dead body. We certainly will not be complying, and I hope other employers will join us in boycotting it.

The Institute of Directors says it’s an effort to justify a deeply unpopular and regressive tax on jobs. Sir Edward Troup, who used to run HMRC, has even questioned whether the demand is within the taxman’s legal powers.

Fundamentally, the National Insurance rise that comes into effect on Wednesday is the wrong move if we want to expand the economy, and represents yet another depressing attack on business.

For both companies and their staff, it is not a ‘1.25 per cent uplift’ as the Government wants employers to describe it.

But actually that means the amount being paid to HMRC in pounds and pence will increase by more than ten percent. In other words, the taxman is asking employers to help disguise a hefty tax raid as a trifling increase to our bills.

This is at a time when employers are trying to recover from the devastation of Covid, and as families face a cost of living crunch. 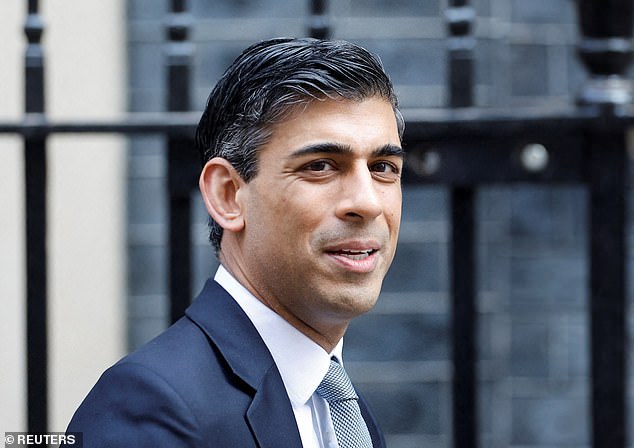 The measures announced in the Spring Statement will shield some lower earners from the worst effects of the National Insurance rise. But they went nowhere near far enough and have reversed only a sixth of the tax rises Mr Sunak has implemented in his tenure

According to a recent poll, 89 percent of employers said they did not want the Government to increase National Insurance rates this month. Only seven percent were happy for Chancellor Rishi Sunak to go ahead. Many senior Tories, including Cabinet Minister Jacob Rees-Mogg and the chairman of the Treasury Select Committee, Mel Stride, have called for the rise to be scrapped.

What’s more, everyone knows the tax rise will not solve the problems in social care, as Ministers have claimed, but will instead go into the bottomless pit of an unreformed National Health Service.

It is a completely anti- Conservative policy and counter to the idea of ​​the low-tax, small-state approach we would expect from a Tory Government. Indeed, Mr Sunak has managed to raise taxes more in two years than Gordon Brown did in ten.

The measures announced in the Spring Statement will shield some lower earners from the worst effects of the National Insurance rise. But they went nowhere near far enough and have reversed only a sixth of the tax rises Mr Sunak has implemented in his tenure.

Take the plan to raise the headline corporation tax rate from 19 to 25 per cent from 2023. This is undoing all the good work done by the previous Conservative Chancellor George Osborne, who cut corporation tax at every Budget.

The capital gains tax haul, meanwhile, has jumped 35 per cent from £ 10.8 billion to a record £ 14.6 billion in the past year following a rise in tax on entrepreneurs selling businesses. Last year, Mr Sunak also froze the thresholds on income tax, dragging more people into the higher-rate tax net, and froze the lifetime allowance on pension saving. Meanwhile, the retail trade has been devastated by a move to ax VAT rebates on purchases made in this country by foreign tourists, many of whom are now flocking to Paris.

Overall, the tax burden on British people and businesses will rise to 36.3 per cent of our total economic output by 2027. That’s the highest rate since the 1940s and compares with 33 per cent in 2020 when Mr Sunak became Chancellor.

This is all at a time of great danger for the economy. Families are facing a cost-of-living crisis, and the big rises in oil and gas prices have in the past tended to trigger stagflation – when prices soar and economic output collapses at the same time. What we need is lower taxation as part of a concerted strategy to stimulate growth.

As someone who has supported the Government, I find its attitude to business bewildering.

Alongside Mr Sunak, for instance, we have Michael Gove attacking the housebuilding industry as a cartel, when draconian planning laws are the real impediment to solving the lack of affordable homes.

Slowly but surely, the Government is abandoning its support of free enterprise in favor of what are essentially Socialist policies.

If Ministers do not change tack soon, the Conservative Party will haemorrhage votes to rivals on the Right – just as it did over Brexit.

Incredibly, polls undertaken since the Spring Statement suggest people are now more likely to trust Labor to manage tax and public spending than the Tories.

It is not the right time to change Prime Ministers, as some have suggested, but the Government needs a fundamental rethink over its direction. What irks me as a longtime Conservative voter, and as a supporter of the Prime Minister’s leadership campaign, is the Government’s un-Conservative behavior. The curtailment of our civil liberties and damage to business we saw in the pandemic was just the start. I struggle to articulate a single Conservative policy being followed by this Government.

It was elected to deliver Brexit, which did not mean just cutting ties with Europe but rather seizing the opportunities of our new position. Instead of reducing regulation it is increasing it; instead of reducing taxes it has raised them.

Ministers are imposing a huge burden on the taxpayer in the form of energy levies in a mad rush to go green without taking into account the overall cost and our energy security. With its environmental zealotry, the Government is becoming ever more intrusive as it dictates everything from how we heat our homes to what cars we drive.

Its time would be better spent on reforming the NHS, which has managed to cope with Covid but that is no thanks to its leadership.

The people on the front line, the doctors and nurses and ambulance drivers are the heroes. I compare them to the troops in the trenches in the First World War, sent over the top by incompetent generals to be slaughtered.

DURING all this, the system has failed millions of patients waiting for routine care. Waiting lists in England have soared from 4.4 million to 5.8 million. The levels of health spending are consuming ever vaster quantities of national resources as the NHS continues to ask for more taxpayer money, which it is inevitably given. Yet nothing changes.

It is these issues – not lockdown parties in Downing Street – which will cause me and millions of others to seek someone else to vote for the next time a local or national election beckons.