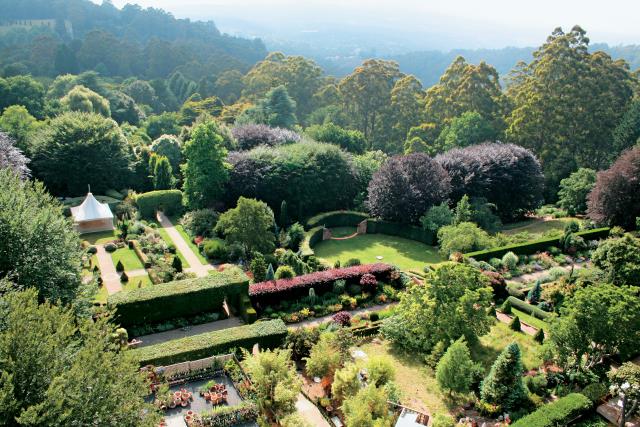 With rising insurance premiums and reduced coverage in policies, residents of the Dandenong Ranges are facing uncertainty over the security of their homes and businesses as the risks of natural disasters continue to rise.

In 2009, a summary report from the Victorian Bushfire Royal Commission stated “Non-insurance and under-insurance have impeded the rebuilding process.”

13 years later, many residents of the Dandenong Ranges are at risk of the prospect of another natural disaster without insurance to cover damages.

Cloudehill Gardens owner Jeremy Francis submitted an entry to the royal commission about vegetation and its effects on bushfires. Now he is tracking the rising cost of insurance premiums of people living in the Hills by surveying businesses and residents.

“If people start finding insurance costs too much of a burden, what happens to leave early policy? It’s out the window, ”Mr Francis said.

“If it means leaving the house, you’re going to lose everything that you spent your life up until then building, people are not going to leave.”

The questionnaire hasn’t been wholly embraced yet with some businesses shying away from filling it in, however, the data which has been submitted is starting to paint a revealing —albeit incomplete — picture of an issue that could arise when another fire rages in the Dandenongs.

The preliminary data gleaned from a survey of residents and businesses shows an increase in insurance premiums year-on-year for the past three years, with a huge spike in the aftermath of the weather events in 2021.

While the survey is still ongoing, the data show an almost universal increase in insurance costs for people in the Dandenong Ranges year on year.

The weather events seem to have accelerated the increasing premiums, with two commercial businesses – one in Olinda and another in Sassafras – seeing their premiums double in 2021/2022 compared to the previous two years.

“People were finding that insurance companies were refusing to insure,” he said.

“My broker did some research on my behalf, and at the end what my broker was saying is there are about 50 insurance companies that deal with household insurance, and 50 percent of those 50 companies have pulled out altogether from these areas.”

On average, residents and businesses saw an increase of over 50 percent in insurance costs between 2020/2021 and 2021/2022 from over twenty respondents to the survey. Several respondents also experienced a refusal to renew their policy by their insurance companies.

Mr Francis said a refusal to insure and increased premiums are based on mathematical risk, and the insurance companies aren’t to blame.

“From the 50s onwards, there was a huge increase in the rate at which the original vegetation infiltrated residential areas. Politically, of course, everyone is in favor of it because we’re talking about re-establishing what the landscape should be, ”Mr Francis said.

“It’s actually impossible because when dealing with vegetation which is fire-dependent in the most extreme way,”

An AAMI Insurance spokeswoman said premium increases are “never a decision made lightly and we’re mindful of the impact changes can have on our customers.”

“Home insurance pricing is based on a range of factors including our assessment of risk for an individual property, the cost of claims, reinsurance premiums and government taxes. One single event will not necessarily affect insurance premiums, ”she said.

“In recent years, we have seen an increase in both natural hazards and reinsurance costs, which impacts premiums.”

Year-on-year increases to insurance premiums represent an increase in risk year-on-year, and insurance companies leaving the market signals rising risk levels becoming mathematically unviable for coverage. What could be causing such a dramatic increase in potential risk for people in the hills?

Chief Fire Officer for Forest Fire Management Victoria Chris Hardman said the state is “genuinely and clearly one of the most bushfire prone areas anywhere in the world.”

“Over the last 30 years, we’ve seen more than 20% of the spring rain-reduced in Victoria, 20% less spring rain than we had in the 1970s, which is a lot. We quite often rely on the spring rain to reduce that early season bushfire risk, so that’s a year on year 20% reduction, ”he said.

“When you live in an area like the Dandenongs or the Yarra Valley, which is an absolutely stunningly beautiful area that is surrounded by forest and rural land, that means in Australia we have ecology or an environment that has evolved with fire. Fire is a natural part of Victoria’s ecological system, so the challenge that we’re facing is many more people live in that environment than they have in the past. ”

“We shouldn’t be frightened by bushfires and climate change, we have to learn and adapt,” he said.

“We have to learn how to live with this increase in risk and that is about knowledge.”

Next week the Star Mail will look at the solutions to increased bushfire risk in the Dandenong Ranges.