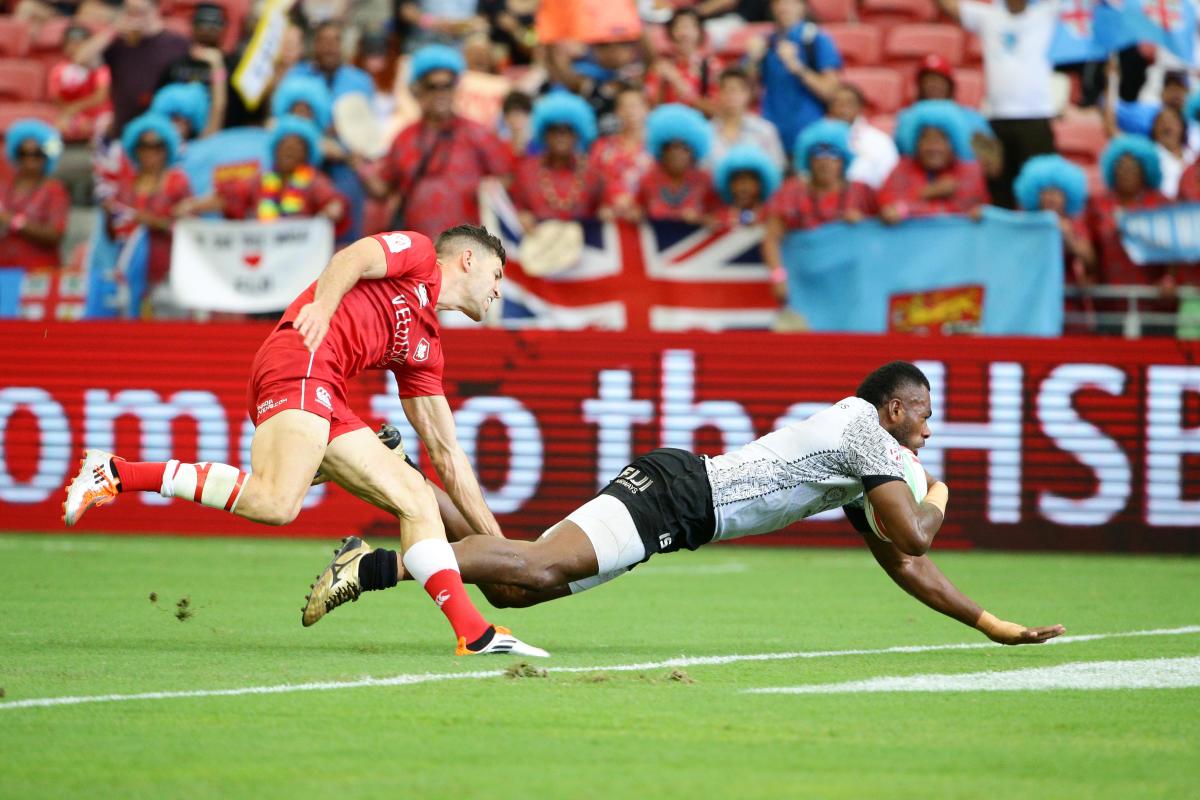 SINGAPORE – Here is a round-up of sports events and developments in Singapore in the past week (7 to 13 March):

The HSBC Singapore Rugby Sevens will return after a two-year hiatus due to the COVID-19 pandemic, with the tournament set to be held at the National Stadium on 9 and 10 April.

Organizers said they are working closely with authorities to stage the event safely in accordance with Singapore’s prevailing safe management measures.

The Singapore leg is the fifth of nine tournaments in the men’s HSBC World Rugby Sevens Series 2022, which started with two events in Dubai in November and December last year. South Africa has dominated the 2022 season thus far, winning the first four events of the series.

Ticketing details will be announced soon, and tickets which were purchased for the 2020 edition – which was canceled due to the pandemic – remain valid for the 2022 event. Fans can stay updated with the latest event happenings from the HSBC Singapore Rugby Sevens website.

Singapore’s badminton world champion Loh Kean Yew stumbled in the opening round of the German Open in Mulheim on Wednesday (March 9), as he fell 12-21, 21-16, 21-18 to Canada’s Brian Yang.

The world No.9 is familiar with his opponent, as both have trained together alongside Denmark’s Olympic champion and world No. 1 Viktor Axelsen in Dubai. Yang, ranked No.33 in the world, stepped up in the second set and, while Loh managed to take an 18-16 lead in the third, managed to force errors for his first win over Loh in three attempts.

Loh, 24, will next play in the prestigious All England Open in Birmingham from 16 to 20 March. He is set to face a tough opponent in world No.3 Anders Antonsen in his opening round.

The Blaze Dolphins defeated defending champions Sneakers Stingrays 59-40 in the final of the Netball Super League (NSL) at Our Tampines Hub to clinch their fourth NSL title on Sunday (March 13).

The Dolphins led 11-7 after the first quarter and held on to their lead throughout. Defenders Jamie Lim and Yew Shu Ning made several crucial interceptions, while goal shooter Lee Pei Shan converted 47 of 54 attempts.

Fier Orcas, who were making their return to the NSL after four years, finished third after beating Mission Mannas 58-47 in the third-place play-off.

The match had looked as if it was heading for a draw after Takahiro Tezuka equalized for Geylang in the 89th minute, but Moritz’s spectacular punt sailed past goalkeeper Zaiful Nizam to give Hougang their first win of the season. Moritz had also scored Hougang’s first goal in the 74th minute, canceling out Sime Zuzul’s fourth-minute opener for Geylang. Amy Recha’s 76th-minute goal set up the late heroics for Moritz.

On Sunday, defending SPL champions eked out a 1-0 win over Tampines Rovers at the Jalan Besar Stadium, courtesy of a 54th-minute penalty converted by Kim Shin-wook.

An additional 146 athletes earned the nod to represent Singapore at the SEA Games in Hanoi from 12 to 23 May, after they were successful in their appeal nominations to the Singapore National Olympic Council (SNOC) on Tuesday (March 8).

They will join 330 athletes who were initially selected by the SNOC Selection Committee last month to take part in 34 sports in Hanoi.

Among those who were successful in their appeals were athletes from athletics, basketball, canoeing, e-sports, fin swimming, silat, taekwondo, triathlon / duathlon and wushu.

Yip, 30, earned her accolade in the Emerging Leadership category, with IPC lauding her for leading “an era of change for Singapore” in its citation.

“An outspoken advocate, Pin Xiu was the first Para athlete elected as a Nominated Member of Parliament and has challenged the government to cultivate inclusive national sports associations,” it added.

The International Women’s Day Recognition Awards recognize women in the Paralympic Movement who inspire and emulate the Paralympic ideals and serve as positive role models.

In their maiden campaign, the Singapore team registered two wins and two losses in the division, which is the lowest tier of the world championship competitions.

Veteran Singapore boxing coach T. Balasundram died on Thursday (March 10) after battling kidney and brain cancer for more than two years. He was 66.

The former Singapore Amateur Boxing Association vice-president died in his Yishun home with his wife Vasantha and daughters Durga Devi and Gaiyathri by his side.

Balasundram was a regular face at the Farrer Park boxing gymnasium, where he mentored national boxers such as Hanurdeen Hamid, who clinched bronze medals at the 2017 and 2019 SEA Games. He was also the coach of the Singapore national team at the 2010 Youth Olympic Games.

Inaugural TTX Festival on 19 and 26 March

As part of Sport Singapore’s efforts to resume mass participation sports events, the ActiveSG Masters Club will be holding an inaugural TTX (Table Tennis X) Festival across 14 locations island-wide on 19 and 26 March.

TTX is modified from table tennis – with portable and foldable tables, larger balls, non-rubber bats and a modified set of rules to support outdoor play, making it an easy-pick-up for recreational players of all ages and abilities.

The TTX Festival is open to masters (ages 40s-59) and seniors (ages 60+). Sign up for the event on the ActiveSG website.

NFTs launched in commemoration of the inaugural WTT Grand Smash

Table tennis fans can own a piece of sporting history with a new set of collectible non-fungible tokens (NFTs), launched in commemoration of the first World Table Tennis (WTT) Grand Smash tournament in Singapore, which is being held at the OCBC Arena until 20 March.

A third NFT, “Singapore Smash 2022 – Official Ball”, is for sale. With over 250 matches due to be played and 6,480 table tennis balls being used throughout the tournament, sports collectors can own a piece of history with the Official Ball NFT.

The auctions of the first two NFTs will be close during the first few days of competition. Additional NFTs will be released over the course of the tournament.

StarHub announced on Tuesday (March 8) that it has secured the rights to air the 2022 Formula One season, and all Sports + and Sports Pass subscribers will be able to enjoy every race of the season at no extra cost.

The races will be telecast live via Hub Sports 1 and Hub Sports 2 (Ch 201 and 202), with the action also available for streaming on smart devices across all networks.

Have a sports event to tell our users? Email us at sgnews.tips@yahooinc.com. In your email, do provide as many details as possible, including videos and photos.