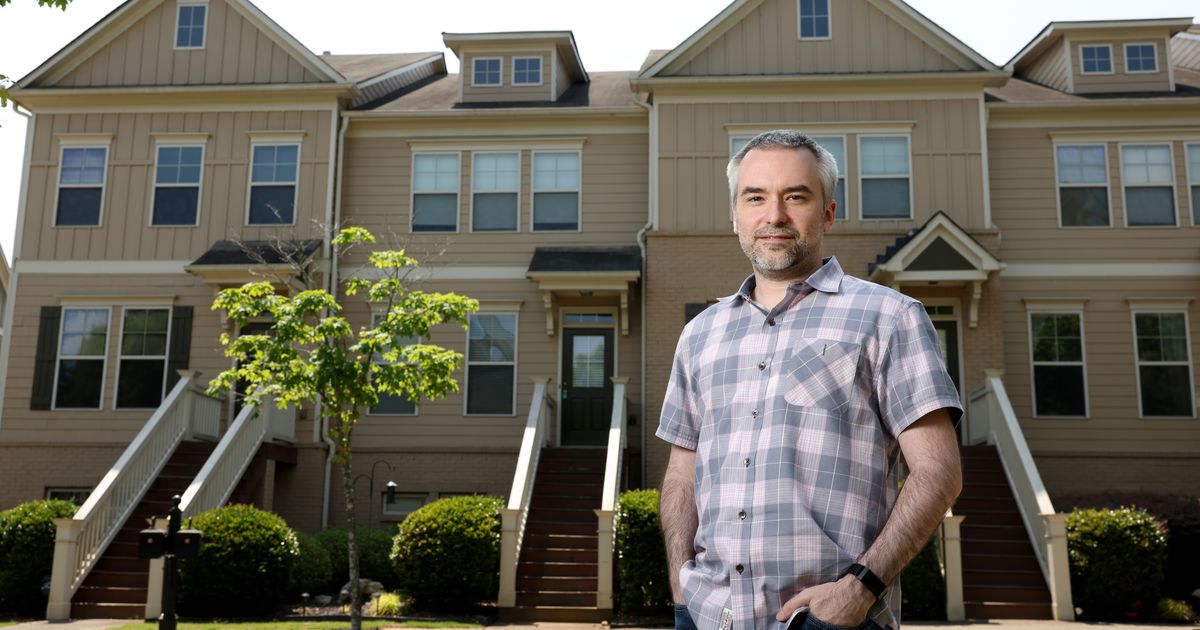 Some neighbors say that the homeowners association has tried to force them to file individual insurance claims for roof replacements on their townhomes, citing damage from a hail storm last spring that they say never happened. Early on, the HOA threatened to punish residents with a $ 6,000 assessment if they don’t file the insurance claims to cover the roof replacement cost, according to an HOA letter. But neighbors say the HOA has since backed off.

Those critical of the association say it raised dues four years ago with the intention to cover the cost of roof replacement. The association was supposed to have more than $ 400,000 by now set aside for that purpose, records show.

“I don’t know where all that money went because we never really had that transparency,” said resident Stephen Burlingame. “They told us one thing in 2017, and now they’re telling us something else.”

In a statement to the AJC, SkyShield founder Alberto Mizrahi “adamantly denies any wrongdoing” and characterized the incident as one “maliciously started by a handful of disgruntled homeowners.”

Village Grove HOA did not respond to repeated requests for comment.

An insurance commission spokesperson said the office is investigating the matter but did not share details.

“Our office is investigating this case as potential insurance fraud, but at this point the issue appears to be civil, rather than criminal,” said commissioner spokesperson Weston Burleson.

It all began in October, when Village Grove HOA sent a letter to residents notifying them that SkyShield determined the neighborhood’s townhomes needed their roofs replaced due to damage from a storm six months earlier, in March 2021.

“I don’t necessarily know where all of that money went because we never really had that transparency.”

Nowack says the circumstances of the dispute are unusual. In the vast majority of cases, an HOA is responsible for casualty damage and is typically the one who insures townhome roofs, he said.

He said the HOA is within its rights to demand that residents file on their insurance. But with the national insurance companies and state investigators involved, he added that the focus is whether there was in fact storm damage.

“So really the story is, why is there an investigation into the activity?” Nowack said.

Residents such as Burlingame said there was no storm during the period in question.

Weather reports by Interactive Hail Maps, a company that provides weather information for roofers, support the residents’ claims, as do independent inspections of two roofs. Additionally, on March 3, 2021 the HOA sent out a letter notifying residents that their roofs suffered storm damage — weeks before the supposed storm mentioned by the HOA in its October letter.

“It appears to be that this is turning into,‘ We don’t have the money for it so we need to find a way to convince the homeowners that this is something they need to pay for, ’” said resident John Csenar.

Village Grove, located roughly an hour northeast of Atlanta, was built nearly two decades ago as Gwinnett’s exploding growth pushed ever northward. Comprised of both roughly 300 single-family homes as well as 149 townhomes, it hosts all of the traditional amenities of a suburban community: a playground, a pool, a sprawling and neatly-trimmed common area resembling a university quad. The townhomes typically start at around $ 350,000, while the homes are around the $ 550,000 range.

Those concerned that the HOA was putting them in jeopardy circulated a petition in 2021 and about 40 residents signed on expressing their objections to the plan. Four residents met with the association, but left unsatisfied with the responses, the residents said. In the meantime, Village Grove and SkyShield have gone ahead with their plans.

Budget documents from 2017 show that the HOA raised two to $ 270 per month. Residents said that was roughly a $ 90 per-month increase. Much of the extra money was to be set aside for roof repairs for the townhomes, according to budget documents. A five-year budget forecast from a fall 2017 Village Grove Townhome meeting includes line items for 2019 and 2020 budgeting $ 225,000.00 and $ 200,000.00 for roof replacements.

ExploreBill Torpy from 2017: HOAs – friend or foe of freedom-loving Georgians?

The poor condition of the roofs are not in question. Burlingame, Csenar and other residents who spoke to the AJC said the roofs need to be replaced, but not due to a specific storm. They have simply aged after two decades, they said.

In fact, some roofs have already been replaced. But residents say construction has completely halted in recent weeks.

Deborah Goonan, an HOA expert who tracks disputes throughout the country, said it is rare for state authorities to get involved in a HOA squabble. There are few regulations governing associations, and authorities often wave off complaints if they come from a handful of residents. Many cases land in civil court.

Money is often at the center of nearly every HOA squabble, whether it be a disagreement about dues or unfair fines, she said. The infighting can seem petty, but the consequences can be serious.

The condition of the roofs of these townhomes in the Village Grove subdivision in Suwanee is at the center of a bitter dispute that has pitted a group of neighbors against the homeowner’s association. The question hanging over the conflict is: Did a hail storm cause damage to the roofs or did they deteriorate from two decades of wear? (Jason Getz / Jason.Getz@ajc.com)

The condition of the roofs of these townhomes in the Village Grove subdivision in Suwanee is at the center of a bitter dispute that has pitted a group of neighbors against the homeowner’s association. The question hanging over the conflict is: Did a hail storm cause damage to the roofs or did they deteriorate from two decades of wear? (Jason Getz / Jason.Getz@ajc.com)

Goonan’s blog, Independent American Communities, has chronicled numerous HOA conflicts across the country. She’s written about major indictments that have seen association board members sent to jail for rigging a local condo election to a trivial squabble over a low stone retention wall that has cost the HOA and a resident millions in legal fees.

“There’s this sense, at least in the US, that when you own a home it’s your castle. Emotions run high when somebody at the HOA is threatening that view, ”Goonan said.

The situation at Village Grove has grown increasingly nasty, and several of Burlingame’s neighbors are looking for a way out. He said some residents have told him the HOA’s action and the fear of retaliation have driven them to want to sell and get out.

“I know several people who have sold or are selling their homes to leave the neighborhood,” Burlingame said.

Mizrahi, SkyShield’s owner, sent text messages to a Village Grove resident earlier this month, according to screenshots reviewed by the AJC. In the messages, Mizrahi tells the resident to stop spreading “false information” about his company and threatened legal action. (SkyShield in January changed its name from A + Exteriors, according to records with the Secretary of State’s office.)

“There’s this sense, at least in the US, that when you own a home it’s your castle. Emotions run high when somebody at the HOA is threatening that view. “

Large national insurance companies have also taken notice. State Farm, Nationwide and USAA are looking into the potential claims, according to messages reviewed by the AJC.

A State Farm spokesperson said the company cannot speak specifically about a customer’s claim. A Nationwide spokesperson referred the AJC to the Georgia insurance department. USAA did not respond to a request for comment.

Investigators with the state insurance commission continue with their own probe and several residents have met with high level officials within the office to hand over documents and share their story, a commission spokesperson confirmed.

“The investigation does remain ongoing and we are not yet ready to issue a final report at this time,” Burleson said.

As for what’s next, Burlingame is not sure. He hasn’t recently heard from the association or contractor. In the meantime, he and the other residents who decided to remain in Village Grove are waiting for the state to finish its investigation.

“Until they actually assess me a fine for the roof replacement, there’s not a lot of next steps,” Burlingame said. “It’s a wait and see.”