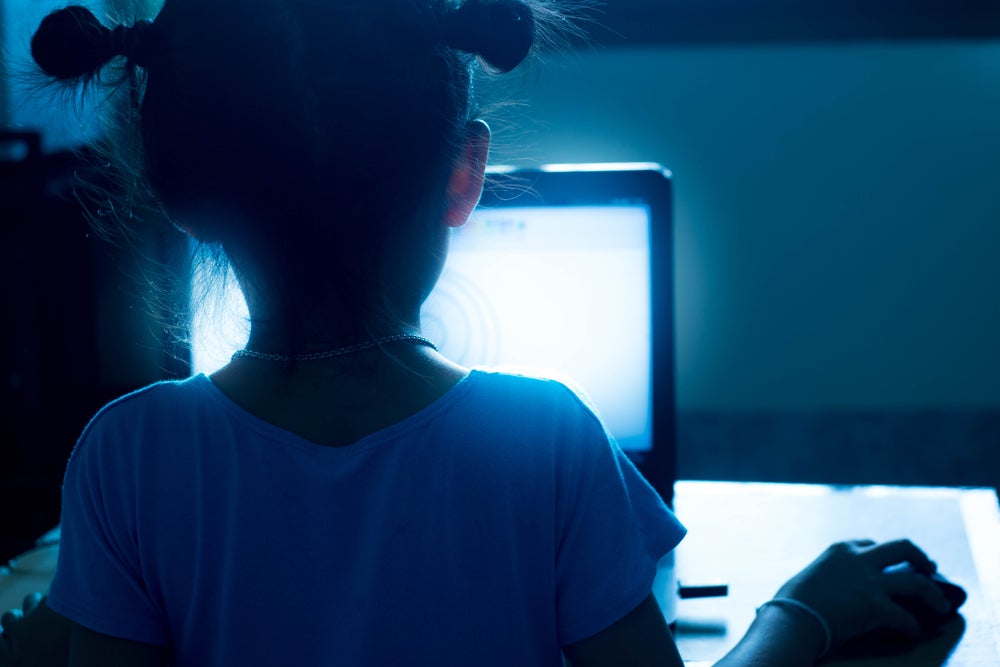 Politicians are unlikely to see it this way, but the protracted process of trying to make the internet a less dangerous place through the Online Safety Bill has been a useful reminder of the limits of legislation.

As the bill has grown into a broader effort to stop harmful content from appearing on people’s phone screens in the first place, it has repeatedly strayed into morality-by-government solutions, and no amount of wishful thinking or populist appeal can change the fact that you cannot legislate for healthy behavior.

That’s not to say that large chunks of the Online Safety Bill aren’t sensible, and in some cases, desperately needed. But, like it or not, the online content that some seek to control is almost entirely published by individuals and consumed by individuals, and that makes it a social problem. The only effective answer to solving it is – as it has always been – education.

The best example in this case may also be the most extreme. child sexual abuse material (CSAM). You probably have a clear view of who creates such material – but you’d be wrong. The vast majority of webpages containing child sexual abuse material – over 70 percent according to the most recent figures – feature “self-generated” images. This is where children are groomed, deceived or extorted into creating and sharing images of themselves.

Children taking and then sharing pictures and videos of themselves online is a growing trend, warns deputy chief constable Ian Critchley, who serves as the National Police Chiefs Council lead on online safety. It’s a social problem that legislation cannot fix.

Expanded legal efforts to combat this material have actually made the police’s job harder by making them responsible for an ever-expanding amount of CSAM, much of it created by individuals that they do not wish to prosecute – children. The growing size of the problem has eaten up resources and made it harder to focus on serious offenders.

Schools are also feeling the pressure. child protection experts have told me that official complaints often go nowhere because the police don’t have the time or people to deal with less serious offenses, and some schools now have a staff member dedicated to dealing with sexual content shared by pupils.

Not only that, but the biggest increase in child sexual abuse images come from increasingly younger children. those aged 5-10. They’re so young that researchers don’t have a clear idea what is driving it because it’s not possible to get clearance to ask primary school children about sexual content.

A recent report by the Police Foundation stresses the need for education and notes that those on the frontline – child sexual abuse (CSA) leads – recommend “education to change the behaviors of local children…more than for any other prevention strategy.”

Experts in the online safety field also point to a lack of education as a main reason why internet problems expand. Online safety specialist Alan Mackenzie says he has seen the “same pattern every time” when it comes to unhealthy online behavior. it starts in adults, then moves to teens, then younger teens and finally children, spread by both offline (real world) and online interactions.

While it can be hard to reach adults through an educational campaign, children go to school and that provides an opportunity to help younger generations understand and deal with technological changes in a healthy way. Unfortunately, the government is failing at that too.

Journalist Sophia Smith Galer has been tracking efforts by the Department for Education (DfE). One example of that failure which she gives is the provision of sex education. After a decade of pressure from teachers and educational groups, the government updated its sex education curriculum and, in 2019, set aside £6m to roll out teacher training.

Galer recently discovered that only £3.2m of that fund had been spent, despite teachers crying out for support, with the DfE placing the blame on teachers themselves because the program was “demand-led” and it was up to them to ask for assistance . In the meantime, the money has been spent on other things.

“This is one of the biggest educational priorities of the decade,” Galer – who has written a book, Losing It:, about how outdated sex education in the UK is – argues. “The fact that the money was shifted elsewhere is appalling,” she says. Sex education and online safety are closely interlinked in the digital era with sexual content, smart phones and transgressive behavior feeding into one another.

Others note that while the UK government has improved its efforts to educate young people about online safety, it is still not a priority, despite high-profile legislation like the Online Safety Bill.

Following concerns about the quality of Relationships and Sex Education (RSE), including fears that political and religious groups including American “pro-life” organizations have used the situation to push their own agendas, the education minister recently asked the children’s commissioner for England to take a look at RSE rollout and quality.

The commissioner’s digital policy lead, Lizzie Reeves, confirmed to us that she will be looking at “the delivery of RSE, which will include talking to lots of young people about their experiences”. Educational regulator Ofsted has also warned schools that it will start looking at their RSE courses in the new school year as part of an overall school inspection.

There’s a big problem with that, however, says Galer. Not enough teachers have been trained to deliver the updated sex education curriculum (“many are still teaching sex ed from 20 years ago,” she warns), and it is already out-of-date. The curriculum does not account for the digital nature of sex in the modern world, Galer notes, the topics are taught after many children have already experienced them, and the general approach is negative and can impose feelings of shame.

Cyber ​​bullying expert and researcher, Adrienne Katz, agrees. “We do need to evolve these courses; online safety really is behind. Some of what we teach isn’t resonating with them or working for them. So, yes to more education but it needs to be modernized and flexible and include the ability to add in new things.”

Why then, when every expert in online safety cites education as a critical factor in tackling real-world problems, has the Online Safety Bill spent such little time looking at it?

Child abuse and protection expert Sharon Girling has a simple explanation – and a possible solution. “They didn’t include the word ‘education’ in the bill,” she says. “If they’d have done that, they would have had every teacher’s organization looking at it.” And that, experts have no doubt, would have been a good thing for online safety in the UK.