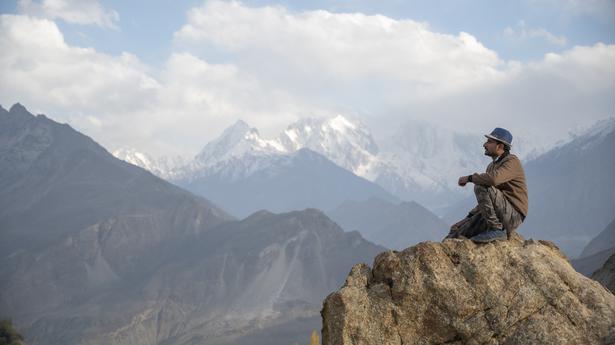 Some of the nicest people I know are average, and after deep thought, I have concluded, so am I. For years, I had tried suppressing the evidence but given my limited abilities, these attempts at appearing brighter than I was misfired most of the time. And then one day, I had my light bulb moment. I realized that being average was probably the best thing that happened to me.

We of the average fraternity, the original “A-listers”, are comfortable in our skins, and better adjusted to society for we are not on an incessant, breathless pursuit of being better than everyone else in sight. And, counting our blessings, we are generally pleased with the tally. That is more than what can be said for those in the opposite camp who are dissatisfied, and feel compelled to push themselves, and those around them, on the lines of the Olympic motto – “faster, higher, stronger”.

I do not know where this fetish for being foremost started. It was perhaps in school where toppers were handled with kid gloves – no scolding, no impositions, and in an age where corporal punishment was part of the curriculum, no public flogging. Parents too got into the act by impressing upon me the importance of outshining Neena, Sunil, Keith… At work, come appraisal time, HR departments pulled out the “bell curve” – a geometrical figure which told me in a roundabout way that I need not expect a bonus this year.

All this has got a lot of people into believing that average equals bad. Actually, the average is not a static number. It see-saws like the Sensex on a Budget day. Think about it – in a team full of stars, your average will also be a star. Conversely, if everyone in class gets 3 on 10, then that is the average. And talking of all-star teams, they often cut a sorry figure against teams ranked far below them. We cricket lovers should know.

The idea that we average folk are not strikingly successful because we lack brains or are not trying hard enough is silly. In this lottery called life, accomplishment has little to do with ability or effort. As American physicist Leonard Mlodinow said, while talking about how randomness rules our lives, “The cord that tethers ability to success is both loose and elastic.” You win some, you lose some – and there’s always the law of averages waiting to catch up. What makes things even chancier is that the mechanism for determining success is notoriously unreliable. Alas, in life, there is no DRS. Even no Virat Kohli to call out the system and abuse it on the nearest microphone.

It’s an unfortunate linguistic aberration that “mean” denotes both average as well as selfish. Your Mr. or Ms. Average are anything but mean – for, a nasty “me first ‘mentality is a trademark of super achievers. The history books will not tell you this but some of the gods we worshiped had not just feet of clay but hearts of stone. They cover a broad spectrum – from Steve Jobs to Henry Ford and dear old Don Bradman. It turns out, they were self-centered, manipulative, and if they could not push themselves up, they were not averse to pulling others down. We should consider ourselves fortunate that those holding the reins of political power around the world happen to be like us, of middling caliber. That’s a good thing. When average people decide to be wicked, they can go only thus far. When the excellent decides to be evil.

We middle-of-the roaders rarely grudge those who careen on the fast track, risking life, limb and collateral damage to the soul. After all, who’s to argue with personal preferences? But you can be sure we reach our destinations in good time and are happier along the way. So what’s stopping you? You will be surprised to find that you are rather good at being average.