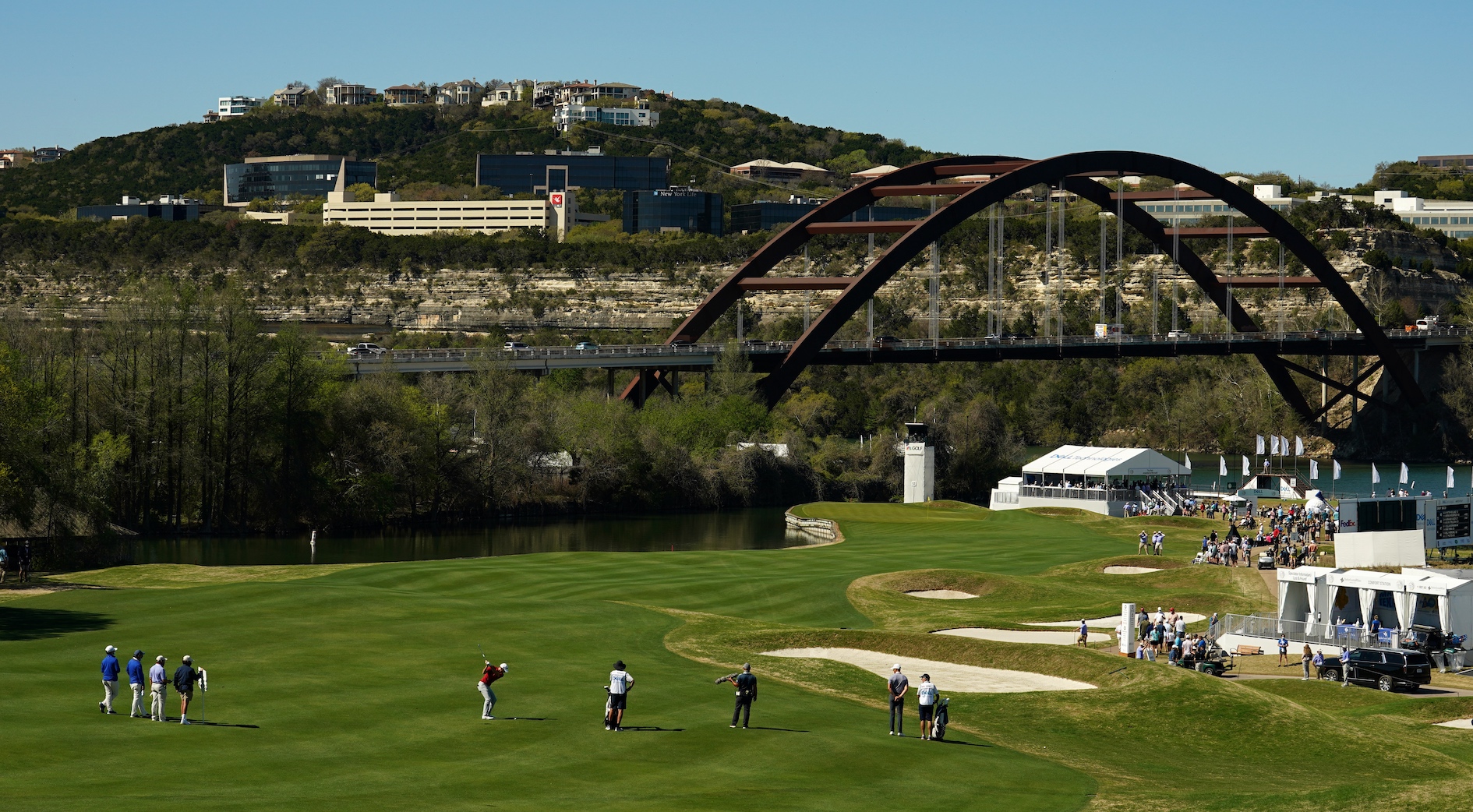 No longer a typical knockout match play format, the 64 starters broken into 12 groups where players go head-to-head with the best record advancing to the round of 16, the subsequent quarterfinals also played on Saturday before Sunday sees the semi-finals and final action.

Some of the big names, including Rory McIlroy, Cameron Smith, Hideki Matsuyama and Phil Mickelson, won’t take their place in Texas, while last week’s winner Sam Burns will continue his celebrations. However, a strong field is on site for what is the last hit out for many before The Masters, and Bryson DeChambeau is set to finally return to action following injuries and the Super Golf League controversy.

DEFENDING CHAMPION: American Billy Horschel accounted for Scottie Scheffler 2 & 1 in the final in 2021, a year when the top seeds failed to advance to the semi-final play.

Horschel advanced out of an all American group that included JT Poston, Max Homa and Collin Morikawa, before beating Kevin Streelman, Tommy Fleetwood and Victor Perez on his way to the final.

The former FedExCup champion was the 32ndnd seed at the start of the week.

COURSE: Having fled to Southern California in 1999, and briefly moving to Metropolitan in Melbourne, the Match Play set up shop in Arizona before a one-year return to California preceded a move to Austin, Texas.

This week marks the sixth time Austin Country Club will host the event, the club owning a deep history intertwined with some of the game’s biggest names.

Referred to commonly as ACC, the club was where legendary teaching professional Harvey Penick taught the game of golf to players including Tom Kite, Ben Crenshaw, Mickie Wright and Kathy Whitworth.

The players this week will face the 1984 design of Pete Dye that sits on the edge of Lake Austin, which comes into play on a number of more recognizable holes, while the elevation changes of the property where used by Dye to create a risk- reward layout.

The downhill par-5 12th will get plenty of coverage throughout the week, with the Pennybacker Bridge in the background over the lake.

Measuring 578 yards, the par-5 can be a turning point in a match as is the next hole named ‘Cape Dye’.

A short par-4 many will attempt to drive the green and setup an eagle or at worst birdie, while the lay-up option can also yield similar results as it did in 2019 when Tiger Woods holed a wedge shot from the fairway.

Min Woo Lee makes his Match Play debut this week and is closer to his days playing the format as an amateur than many of his fellow competitors. PHOTO: Kevin C. Cox / Getty Images.

PLAYERS TO WATCH: There are plenty of potential winners here, with every competitor ranked inside the top-70 in the world and the entire top-five of the world rankings in Austin, plus plenty of experienced match play competitors from Ryder and Presidents Cups.

World No.1 Jon Rahm is the top seed and will hope to benefit from the seeded draw to allow him an easier route to the finals, and the Spaniard is a proven performer in this style of play for Team Europe.

The next man on the rankings, Collin Morikawais another with a game perfectly suited to the format of this week.

Morikawa will put pressure on his opponents with his exceptional iron play and is a gritty competitor, but he will have to make it past Austin Country Club member and match play specialist Sergio Garcia in his group.

Dustin Johnson is a past winner here and after dropping out of the top-10 of the world ranking this week for the first time in years, the former World No.1 will be keen to correct that fact this week before he heads to Augusta and attempts to win a third major championship.

Of the Aussies in the field, Marc Leishman must go past the in-form Justin Thomas and a past winner of this event Kevin Kisner in his group while Texan Jordan Spieth is in Adam Scott’s round robin matchups, with Scott and Leishman both attempting to bounce back from missed cuts at The Players.

It will be interesting to see how Lucas Herbert and Min Woo Lee fare on debut, while last year’s runner-up Scottie Scheffler has cemented himself as a top players since early 2021 and will be among the favorites.