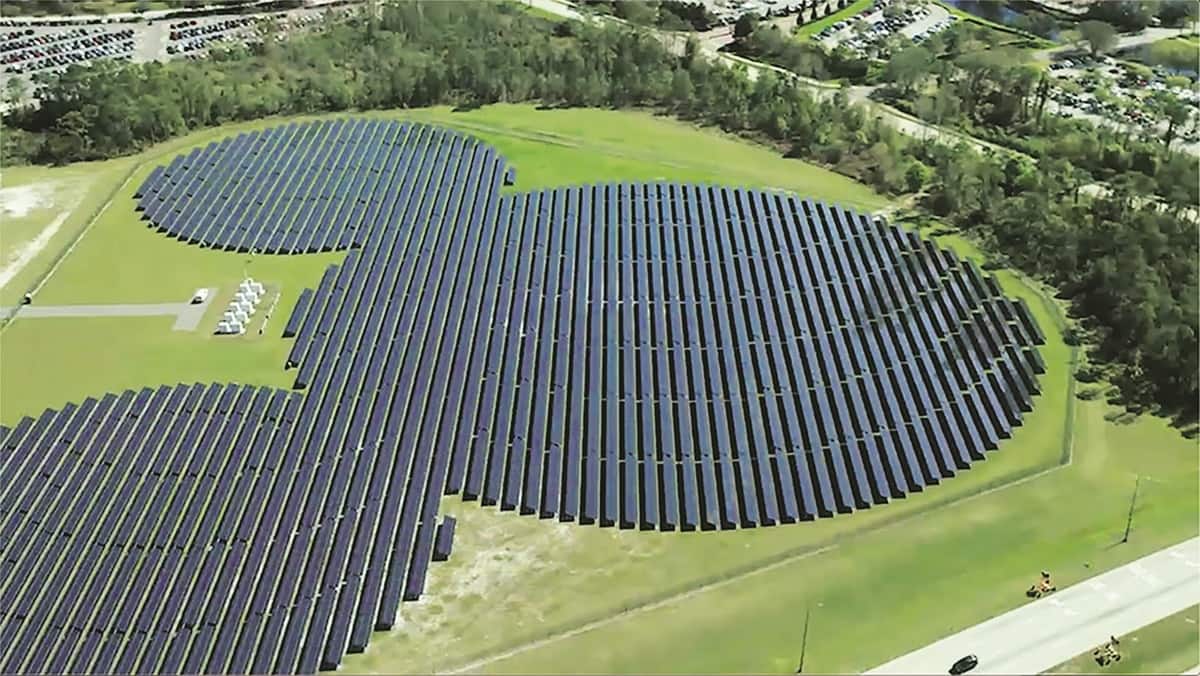 The SpaceX Headquarters in Hawthorne, California, has a jumbo-sized X on Google Maps. The view of the solar panels placed on the top of the building seem to be a sight to behold with larger-than-life letter X as branding occupying the rooftop of Elon Musk’s advanced rockets and spacecraft company founded in 2002.

Similarly, the Walt Disney World Solar facility has a huge Mickey Mouse shape at Epcot Center Drive in Orlando. This 22-acre solar farm in the shape of a Mickey provides clean energy to its parks and resorts with over 48,000 solar panels to produce roughly 5 megawatts of electricity, which is equivalent to 1,000 residential solar rooftop systems. Another 500 megawatts of solar energy to Florida would be added by 2024 to support Walt Disney World Resort, Four Seasons Resort and Hotel Plaza Boulevard.

Many brands are using the idea to market their products or just for plain branding. Using solar panels is analyzed as a business advantage because it is another tool for creative branding and advertising. And something like this not only has brand recall or brand value but has a wow factor associated with it also.

For instance, retailer Target’s distribution center in Phoenix has a massive solar panel display designed in the shape of Target’s bull’s-eye logo. The solar panel display is huge and stretches the distance of seven football fields. It is a sight to watch from the sky or the nearby Phoenix Sky Harbor International Airport.

Solar panel advertising can be used to speak to several types of audiences: people working in commercial skyscrapers, or financially well-to-do residents of a skyscraper, for example. As most outdoor mediums are looked at either at the eye level or look upwards, this sort of advertising is the only one where one can look down at an advertisement — and, therefore, present a unique proposition for advertisers and a creative avenue for advertising professionals , explains Krishna Iyer, director – marketing, Mullenlowe Lintas Group. “Hello to all our readers in high office”, a message atop double-decker buses making their way through the financial districts of London remains one of the iconic examples of contextual advertising. With an aim to target potential readers of the Economist, this was an effective case of a medium on the move. Solar panels mounted on top of buildings surrounded by high-rises may hold the promise of a medium in the making. Over the years, as we move towards a more sustainable future with growth in the number of solar panel installations, hope is that brands will naturally adopt this medium and we will get to see creatives made specifically for the medium, and not just adapt,” says Iyer.

Solar panel adoption has increased tremendously in India as well as the globe. Given the massive amount of area in square feet that is being covered by solar panels, it is natural to consider alternate uses for the unmarked surface it provides. “If solar energy providers could find an optimal way to print ads onto their panels, this would provide for several rural and even urban advertising opportunities. A good fit for such advertising would be brands whose core philosophy aligns with green energy.

From a retail perspective, solar panels can be used in hyper local marketing and this could be great from a green positioning perspective. “Many solar farms are seen across the world in massive quantities which becomes a huge canvas generating opportunities for brands to implement large-scale advertising. However, impressions would solely depend on if the farms are in line of flight and line of sight for a majority of top-tier flight routes. This would mainly be relegated to shock value marketing and recall would be minimal after the first few examples. Hence, the overall impact would differ from case to case, but it is a venue worth exploring” adds Bansal.